Confessions of a Wayward Artist 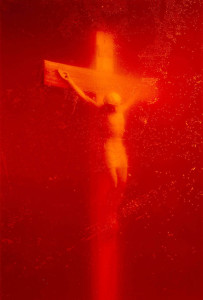 Forgive me, Father, for I have sinned. It has been so long since my last confession. I have tarnished my immortal soul and know it will be weighed against me by the Higher Powers if I am not redeemed from my transgressions. I have fallen from grace and my sins are numerous. I will begin with the most burdensome of my treacheries: I paid $20 to have my artwork in a juried exhibition with 30 other depraved artists. I did so with full free will and knowledge of my actions and know this is a mortal sin. There was no deception, the offer was given plain as day in a clear dark formula:

“Retail price shall be set by the gallery and will take a 40% commission on work sold. Artists will be responsible for all printing costs and $20 dollar participation fee. Thus an 8 by 10 print (which costs $10 to print) will be sold at $50. If a print is sold the artist will break even. We will exhibit 4 prints and will not sell further into editions. What is on the wall is what is for sale.”

And I have bound myself to it. Father, forgive me, for I have given myself over to lust. Not to a lust of the body, or of money, but of simple exposure. My unrestrained pride has delivered me over to these strange allegiances, and for what? I have sought counsel from three separate curators of establishment contemporary art spaces and the unofficially sanctioned periphery. With wisdom, each had soundly advised me against the temptation of an exhibition in the space in question. Implicitly or explicitly, each cited the space’s former misdeeds and worrisome reputation. They assured me that, unlike similar forms of predation in London and New York, I would gain little from such a deal, not even the empty promise of a bleak shot in the dark towards riches, fame, or hallowed representation. I cannot plead ignorance. I am not one of the forgiven Praetorium Roman soldiers. I know exactly what I do.

It has been a long winter already, Father. My beard has grown long yet I remain a foreigner in this hipster capital of the world. The studio is colder each day and the rattle of the tired space heater is little comfort in the face of limited opportunity and a hibernating art scene. I know it is a device of the Enemy—the lie that I have lost my free will—but at times I feel I have no choice. You and your gate-keeper brethren have told me to walk the straight and narrow, to submit to Providence, to weather this world with the promise of the world ahead. I know I am to wait patiently until the appointed time and, if the Establishment deems it fit, I may well be raised out of this mire of existence…

But it is a harsh world, Father, and a harsh city. I know that it is this bleak landscape and my own damnable ambition that drives me to such deeds. I know too well that it is this same environment that causes those I have bound myself with to act with such desperate measures. Forgive me if I blaspheme, but I cannot say that the simple will to survive, the act of taking resources where one can, is the same as greed. It is even harder for a contemporary gallery to survive in Austin than the city’s contemporary artists. Should we expect them all to be funded out of the curators’ day-job pay checks? Should we expect them to be supported by collectors whose price caps remain steadfast at $500, or worse, seek to expand their collection solely from LA, Basel, or Paris? And we ask ourselves why so many spaces are by appointment only, or open for one day a month. What choice do they have but to ride on the backs of their artists or bring in money through secondary means, stooping low to the rank of rental space, part-time yoga venue, or over-priced artist studios?

Bless me, Father. Though my confession is sincere, as you can see, the fire of my frustration still burns. I know there are other routes for such spaces. I marvel at the wills of the saintly who throw all their resources and time to running apartment galleries, to those martyrs who spend their precious few days off orchestrating and organizing thought-provoking exhibitions. There are others, like yourself, who live the life of abstinence, who have given over their lives to the Powers that be, those that refrain from making money off of art and who have opened the door to public funding, little that there is. But we hungry masses are too many for your brethren and these few saints to feed. There are only so many spaces, so many possible exhibitions, and thus I have submitted myself to that evil borne out of the dark pits of vanity art fairs, to what some have called rent-a-wall mediocrity.

Along this dark path I confess I have not avoided the profane use of Art’s name in speech. I have broken promises and committed injustices against my fellow artists all in the name of self-glorification. I have been envious of others’ successes and delighted in others’ inequities. I have placed my trust in false teachings, questioned the existence of Art, and even sworn myself against Mother Establishment. I have asked for signs, I have prayed, begged, played everything by the book, but have received silence in return. I have lost my way. Show me back to salvation.

Hear now my prayer of contrition:

O Art, I am heartily sorry for having offended you and I detest all my sins, because I dread the loss of the bright world hereafter and fear the hellish pains of being forgotten and ignored, but most of all because I have offended you, who are wholly good and deserving of my love. I firmly resolve with the help of your grace, to confess my sins, to do penance, and to amend my life. Please forgive me. Amen. 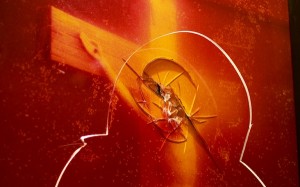 I know full well that the above fictional confession may offend some and that many of the references are thinly veiled. Please understand it is not my aim to cast judgment. I hope instead that I have highlighted the strange boundaries between various types of galleries: the establishment, the unofficially sanctioned, and those that remain beyond these two. I’m also trying to point out peculiar strategies of artists and galleries and the strange guilts and reputations that can come with them. Rather than offend, it is my goal to start a dialogue (in the comments below and elsewhere) about the nature of survival as a contemporary artist and as a contemporary arts gallery, specifically in Austin, TX.

Seth Orion Schwaiger is a wayward sinner based in Texas and the UK. He received his bachelor’s degree from the University of Wyoming and his master’s from The Glasgow School of Art. His research interests include the development of arts systems with particular focus on the growth and direction of urban and regional art scenes in relation to larger national and international trends.

I will second that Amen!