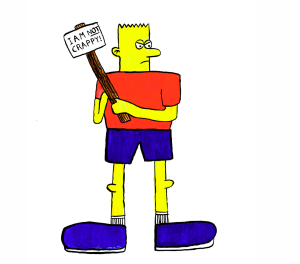 One of my first experiences in being treated like an artist came in 7th grade, when, as a “special project” for Social Studies, I was put in a room, alone, to work on a mural about American history every day for two weeks. It might as well have been detention.

Being an artist can be a solitary sport, but the members of Sketch Klubb have found another way: since 2005, this group of Houston drawers have been getting together on Saturday mornings, “unfettered by families, jobs, or responsibilities” to draw things in “supportive and unrestrained environment,” using drawing as a vehicle for social exchange, an excuse to congregate and be collegial, as a pastime. 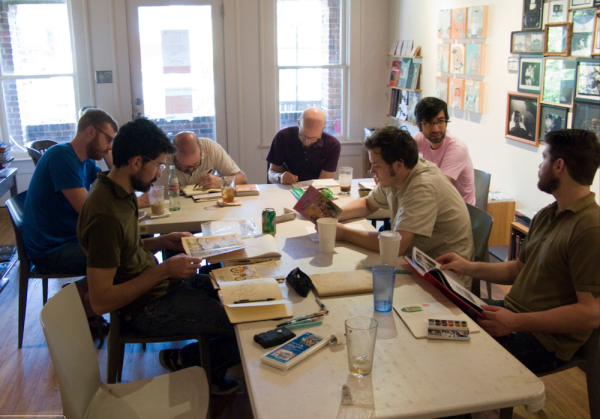 A Klubb meeting at Domy Books, Houston in 2009

According to longtime member Eric Pearce, the group’s longevity is due to the fact that, despite a few group shows and the publication of dozens of zines in tiny editions, for the past eight years Sketch Klubb’s focus has remained on friendship over fame. The Klubb suffered a loss last summer with the death of member Michael Harwell. The group’s upcoming show at Box 13 ArtSpace in Houston, already in the works when Harwell died, has been re-dedicated as a memorial, and, given the group’s long history and perennial lack of ambition, it will likely be yet another page added to their surprisingly well-documented oeuvre. Sketch Klubb has an extensive website, and an even more extensive flickr page, both crammed to overflowing with titties, zombie heads, boyish pranks, and Bart Simpson. 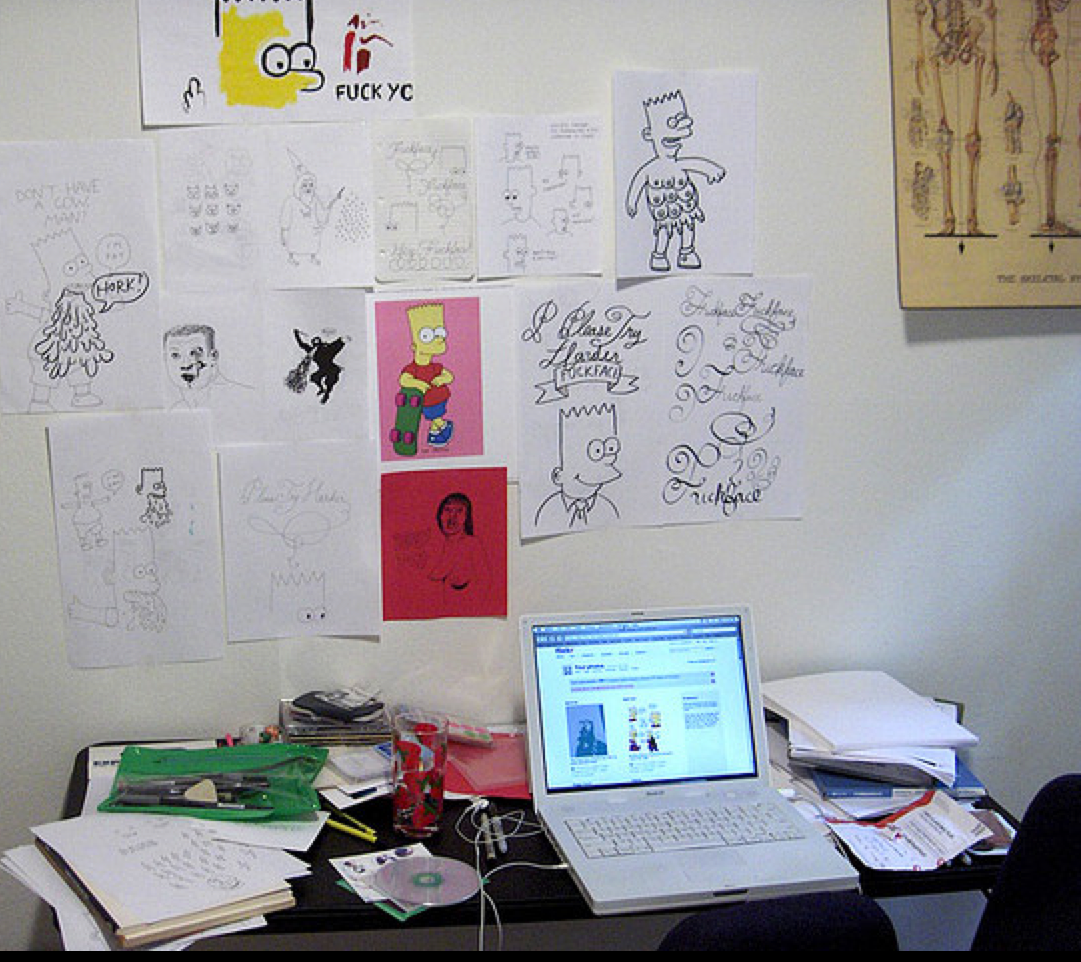 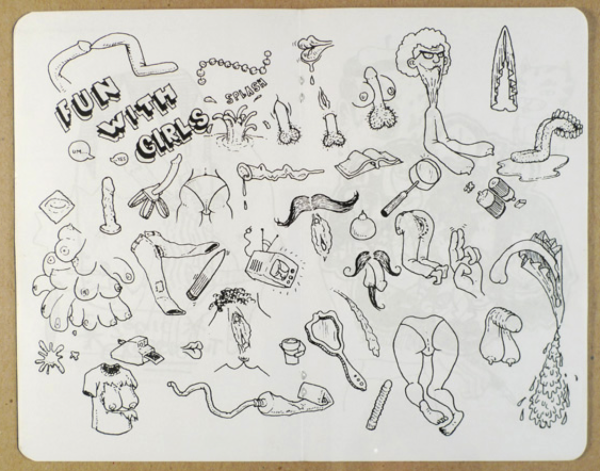 Sketch Klubb’s methods produce quick drawings, done in a single sitting, or even in a single minute. Their productions—when they work—rely on wit or, even more often, on calculated witlessness. Funny, grotesque drawings, like extended burps, made to show off and share for a laugh. It’s not the context for serious abstraction or labor-intensive craft: imagine Vija Celmins or Michael Bise at a Saturday meeting, patiently filling on one corner of weeks-long masterwork!

In 2006, they began to produce zines. The first four, FAB001, Sketch Klubb Holocaust, Cthulu Pentagram, and Goat Pussy are themeless mash-ups. The Klubb’s collective activity does not extend to collective identity: each zine carefully labels drawings, assigning them to individual artists. The zines start out interesting, full of imagined potential, but as you read through them (there’s not much to read; Sketch Klubbers aren’t against including text with their drawings, but it’s not a mainstay), you begin to miss the over-riding vision you get with zines by a single artist. Whether it’s Leonardo’s sketchbooks or Raymond Pettibon, one of the attractions of the genre is a sense of intimacy with a personality, which SK zines, being compilations, lack. But stick with it and you get something else: instead of the drive to articulate a personal vision, there’s an evocation of a shared freedom; within each zine’s pages is a bubble of head space, not important for what it contains, but for what it leaves at the door. Sketch Klubb’s juvenile doodlings guard a sacred space—cleared of the need for a vision, or drive or even purpose—where magic can happen. 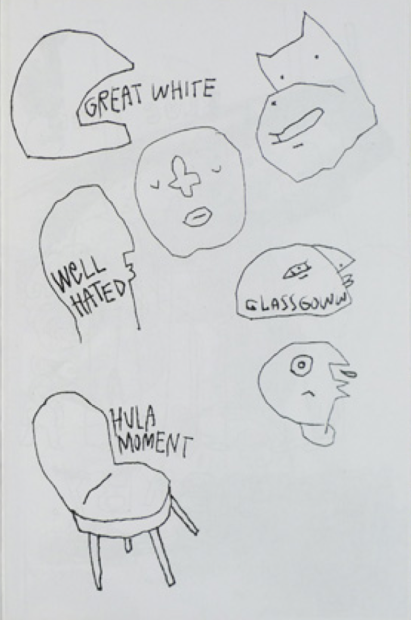 Klubby artmaking isn’t new; Sketch Klubb functions just as innumerable watercolor societies, art leagues and plein-air painting groups always have, but free of the misguided seriousness that can make these groups pathetic. The proverbial Sunday painter is a person with little artistic skill or experience, but Sketch Klubb boasts some serious artists, taking a Saturday morning coffee break from themselves.

Generous web documentation allows non-participants an inspirational window into the Klubb’s world. I’m glad it’s all there: despite the randomness and repetitiveness, the body hair, and the cheesecake, it looks like fun.

Sketch Klubb’s tribute to Michael Harwell, along with the Klubb’s new adventures in bad ceramics, will be on view from January 11- February 15 at Box 13 Art Space in Houston.

Expierence Presents: Emily Sloan, That Better be a...