Mystery Menil Café Has a Name! And the Winner is… 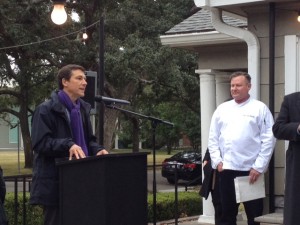 After much anticipation, the Menil Collection announced the results of its café naming contest this morning. In October, the Menil threw down a challenge to name its future bungalow café (part of its Campus Gateway expansion project), which is set to open soon after Labor Day on the spot selected by the museum’s architect, Renzo Piano. Former Cafe Express executive chef Greg Martin, who will head the café’s kitchen, served coffee and madeleines while Houstonians eagerly waited for the winning entry of more than 450 submissions. Menil Director Josef Helfenstein gave the introductions, which included listing some of the more creative, non-winning suggestions; he then introduced Chef Martin, who unveiled the name.

Wisely, they didn’t choose Zagat’s suggested “Menilicious,” but let’s hope that doesn’t affect its restaurant rating. Americo Nonini, who years ago lived in the apartment complex where the Menil Collection now sits, will be receiving the table for two at the preview luncheon for his winning submission. The name of the café will be: 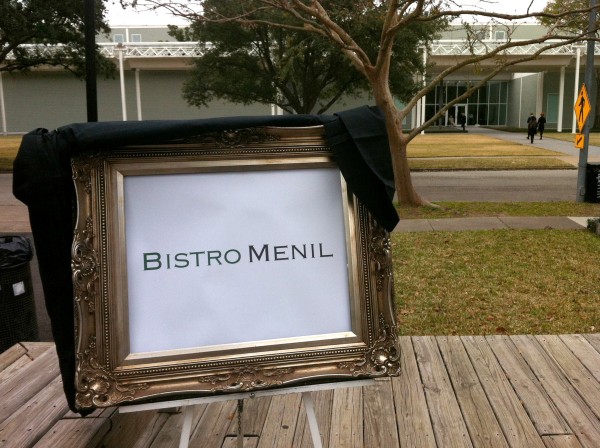 Now the Monday morning namers can officially send in their own suggestions! 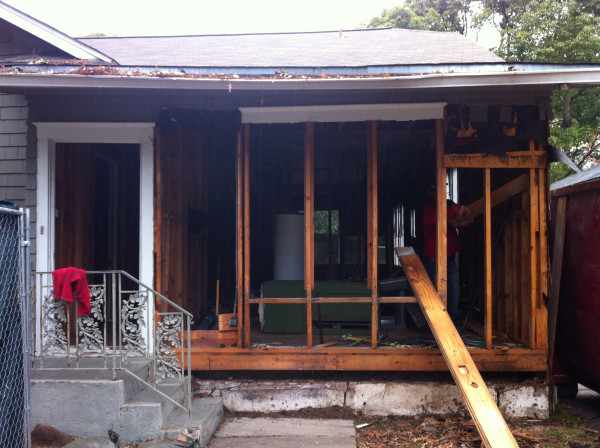 Future home of the Bistro Menil

My suggestion was “McDonald’s”

Bill,
we considered “Ce nest pas un cafe”, I liked it, it presented both google and staff answering the phone challenges. We will have a “this is not a happy hour” every day, I promise!

Robert,
we also liked MC (menil cafe & menil collection), but when you google it McDonalds comes up.

I’m waiting for them to open Renzo’s Piano Bar.

I had submitted BistroMenique FWIW, as a pun on Menil, Dominique, and gastronomique. Too intense, I know.