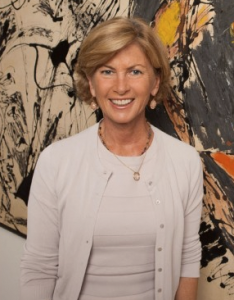 On Friday, Dallas federal court jury ruled for Dallas Museum of Art trustee Marguerite Hoffman and against two well-known art dealers and Studio Capital, a Belize-registered company advised by Mexican-born financier David Martinez.  As reported by The Wall Street Journal, the jury found that all three did indeed breach the confidentiality agreement made during Hoffman’s 2007 sale of Untitled (1961), known as the Red Rothko. Hoffman filed the lawsuit after Studio Capital put the painting up for sale in a highly publicized Sotheby’s auction three years later. (See the Glasstire news post from earlier this month for more details.)

Heavy hitters in the art world have been watching the trial closely. Some were afraid it could set a legal precedent that would make secrecy agreements (apparently not uncommon with big sales) totally non-binding; others worried that it could create too many restrictions, scaring off potential buyers with the idea that they would never be able to resell their purchases.

It seems that both sides are pleased with the outcome. “I am elated,” said Hoffman after the verdict. “This case was always about something other than money. It was about justice and integrity and honesty and trust and friendship.” But, in reference to the $500,000 damages awarded (as opposed to the more than $20 million suggested by Hoffman’s lawyers), the attorney for Martinez and Studio Capital declared, “We feel very good. After three years and enormous legal expenses on the part of the plaintiff, the elephant labored and came forth with a mouse.”