Curator of Latin American Art to Return to the Blanton 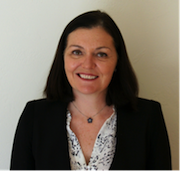 The Blanton Museum of Art at The University of Texas at Austin has announced that Dr. Beverly Adams will return to Texas as adjunct curator of Latin American Art. Adams received both her undergraduate and graduate degrees from UT Austin and, from 1989 to 1995, Adams served as assistant curator of Latin American art for the Blanton (then the Archer M. Huntington Art Gallery).

“Beverly brings to the Blanton a unique combination of attributes,” says Blanton Director Simone Wicha, “including connections with artists from every region of Latin America, a network of scholars working throughout the world, and a first-hand knowledge and appreciation of the museum’s collection and its value both to the UT community and the field at large.” Adams will assume her new position in January 2014.

What is an “adjunct curator”? Is it different form an “assistant curator”? I seriously want to know.

This always confused me in management consulting: analyst-associate-consultant mean very specific things, but only to them.