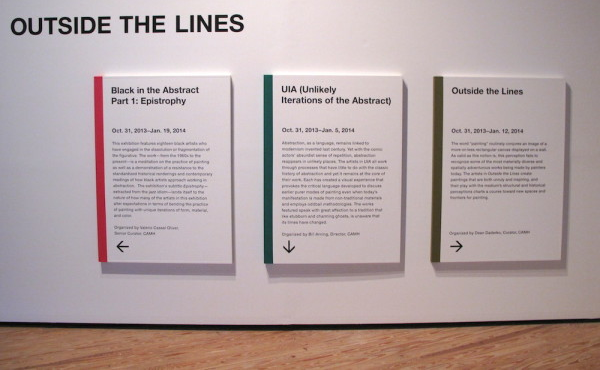 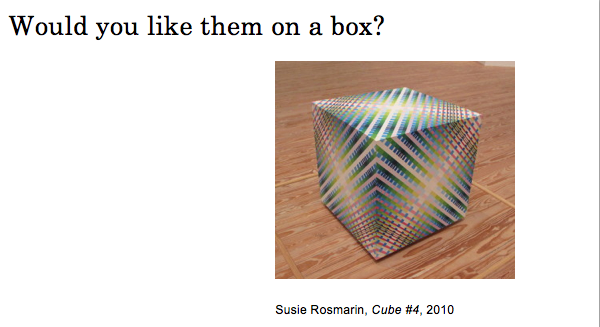 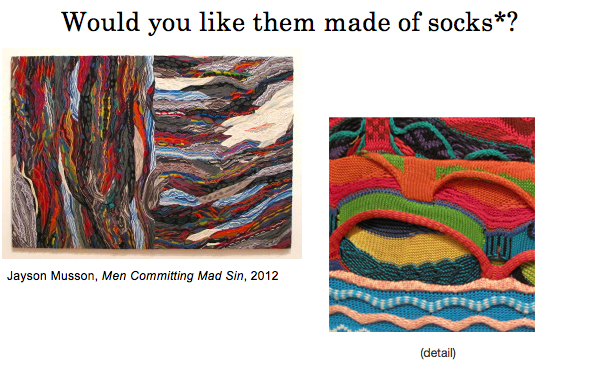 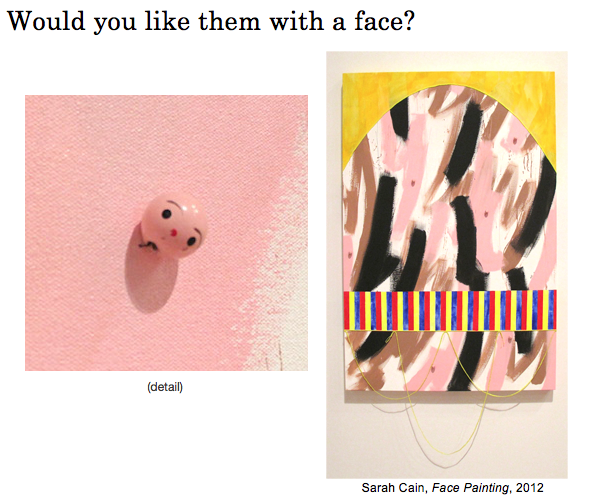 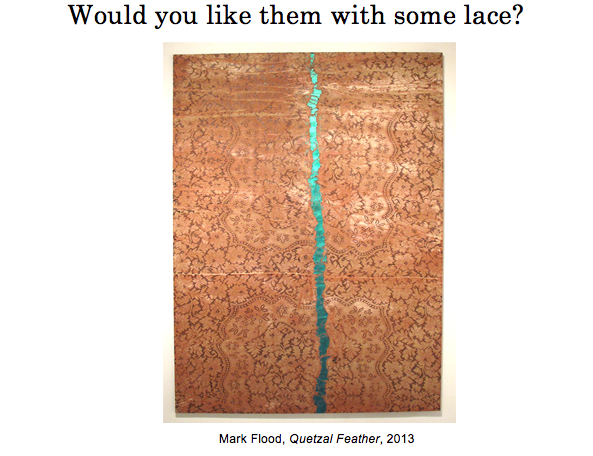 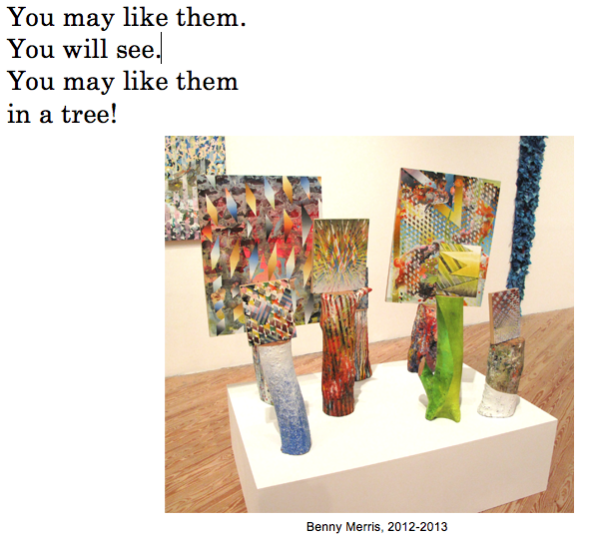 Outside the Lines, the Contemporary Arts Museum Houston‘s 65th anniversary show (part I!) may be more like the Three Bears than Dr. Seuss: each of the CAMH’s three curators has his or her own space, and each focuses on abstract painting, or painting-derived work. If one bowl of porridge is too hot or too cold, there’s another that’s just right. The show is great for comparing the curators’ tastes.

Valerie Cassell Oliver picked art focusing on African Americans; more traditional stylistically than the other sections, her selections marched along the walls like the Versailles Hall of Mirrors. Oliver included works from the 60s and 70s with contemporary pieces, held together by a surprisingly consistent half-century-old tradition of formal, jazz-inspired abstraction. Some of it’s quite wretched, some is pretty cool, but it seems that the older it is the cooler it is, beginning with Romare Bearden’s curious, eerie, understated Wols-like abstraction, Strange Land, which could be an ox head, or the island of Manhattan. 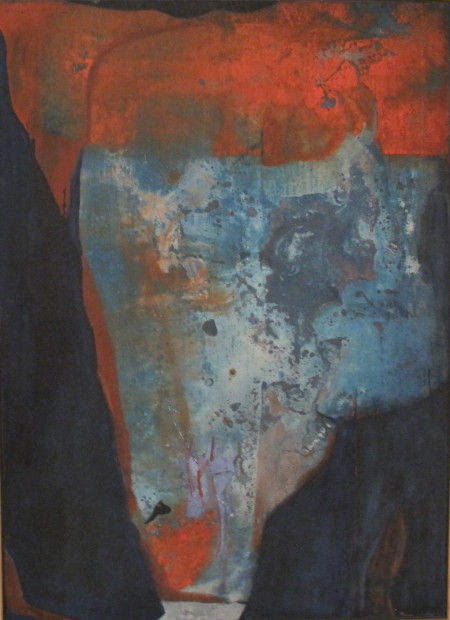 The Dean Daderko section of the show inspired the Green Eggs and CAMH soliloquy above. It’s full of art that’s trying too hard to push the boundaries of painting, when what’s interesting is why the artists are interested in retaining a toehold in that tradition at all. It becomes a funny game: what can you do, and still have it considered a painting? Paintings on stands, or on benches, with faces, or bows, or leis, or felt, or silk scraps. It’s a bit desperate, but it’s the part of the show I liked best, for its humor and inventiveness. Benny Merris’ paintings-on-stumps (pictured above) epitomized the position: painting has been treed.

The Bill Arning section downstairs was slick, with a lot of high-finish art that left me cold. Layered resin things by Gavin Perry, Plexiglas jigsaw puzzles by Brian Zink, and a shiny aluminum construction by Christian Eckart seemed like refugees from a high-end furniture store; even Nathan Green’s giant bento-box of blobs was a tidied-up version of his normally loose-jointed constructions. 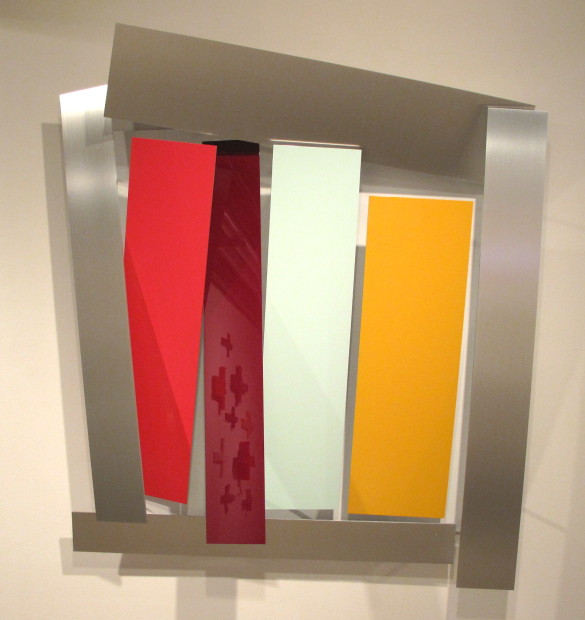 Every museum is full of big abstract paintings, and the CAMH’s show, for all its breadth, cuts a pretty narrow swath from the possibilities explored last century. Mostly, they were “serious painting” size: nothing you need you reading glasses for, or that won’t fit in the elevator. Seeing works in the same format over and over again makes it a tough room, nearly as tough as an art fair, which this convention center-sized show resembles. Individual works which might be nice with more breathing room suffer, leaving a conscientious, exhausting survey of art settled firmly in the arms of the market.

Many things stick out, though:

Howardena Pindell’s pale paper cut-out piece, Untitled 20, Dutch Wives Circled and Squared (1978) have a refreshing indirectness. Something about milk, or New York in the eighteenth century, hidden under a nubbly monochrome field.

Floyd Newsum’s work can sometimes seem too folksy but, in the context of this hyper-self-conscious show, his Sirigu Purple Rain just seems sincere. 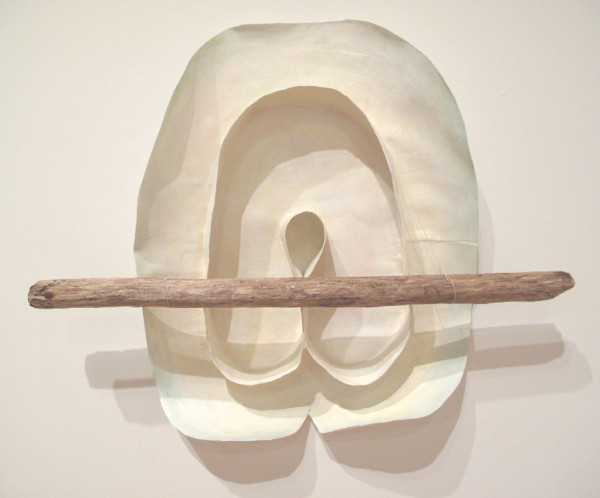 The first three segments of the six-part painting extravaganza are on display at least through January 5 at the Contemporary Arts Museum, Houston.

These types of “reviews” do not help the art community in Houston to grow in the least bit.I don’t see how this is a serious consideration of this exhibition or the history of painting, and I hope you did not get paid for such juvenile dross. It’s a waste of my tax money!

Someone must have hit a nerve.

Hi Willi D!
How is your tax money related?

FYI, Jason Mussun’s piece are not sox. They’re sweaters designed by Coogi. The pop culture reference is The Cosby Show (professional middle class family) and as a run off It’s a Different World (black college life). These tv shows presented black people in a different and more positive light; you know outside those of servitude, gangsters, prostitutes, pimps, and killers. The Cosby show introduced black artists such as Romare Bearden, to that other America. They are also a reference to the rapper Biggie Smalls and hip hop culture, so “socks” isn’t your rhyme word with box. Something to rhyme with sweaters if you going a-a-b, a-b .. It’s notoriously unbelievable that you’re rhyme skills ain’t up on it..You’re dead wrong for that. Step your rap game up. : )