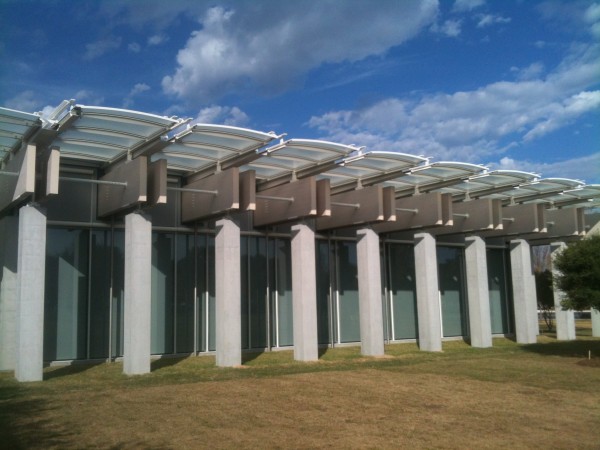 The Piano Pavilion of the Kimbell under the Texas sky.

Renzo Piano’s new building for the Kimbell Art Museum opened November 22nd to great acclaim and lots of fanfare, publicity, and eventing. His presence in Texas is manifest—The Menil Collection Museum building and Cy Twombly Pavillion in Houston, the Nasher Sculpture Center in Dallas, and now the Piano Pavillion in Fort Worth joins Louis Kahn’s revered main building of the Kimbell.

But no orchestration or agenda can hold a candle to the unfettered glee of a talking Piano. Renzo won’t stop talking, can’t stop talking. He is the starchitect of the never-ending sentence. The Salon ran 25 minutes late, then the media slots were disrupted by an impromptu visit by Dallas’ mayor, causing each 10 minute slot to be reduced to just five. The clock fell helpless before the architect, and for the first time in my interviewing life, I was unable to guide the conversation. Piano is a charismatic madman whose speech moves so quickly that I had no idea what he said until I heard the audio recording days later, and was stunned by the amount of poetry and humor that emerged inside a handful of minutes… 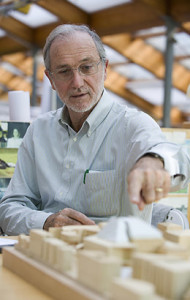 Your father was a builder, so you were born into a world of materials. When did the sketching start?

That started much later because I went for classic studies at school so we were not doing drawing. So when I decided to become architect, that was a funny decision because my father was a builder so he expected me to become engineer so I went to Florence. And in Florence, I got to walk the streets of Florence sketching streets, windows, cornice, you know, all that. That was the beginning. By the way I’d been doing this for a couple years, ’67, ’68, something like that. Then I decided that Florence was so beautiful that I cannot survive in Florence, but that was when I started to sketch and do sketching.

Dallas Mayor Mike Rawlings steals my time slot. Mayoral crony shrugs shoulders to ears, tilts head to one side, smiles without showing teeth, and  mewls “sorry.”  I hang out by the greenroom door and overshare with people I’ve just met for a good 30 minutes. Then–

Reentry. Renzo Piano speaks Italian to his assistant. To prepare for my one trip to Italy when I was 24, I bought a book of dirty words and phrases in Italian. Renzo Piano did not use any of them.]

Sorry but the mayor’s the mayor.

Oh the mayor’s a mayor… You did an interview in Dallas where you said the sky in Texas is the most incredible you’ve ever seen, and that you have a long history of flirting with Texas light. How did the relationship with Texas begin? 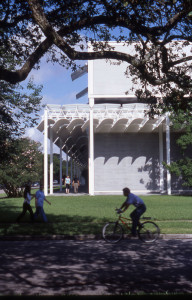 Well it started with the Menil it was something like 35 years ago.

What were your expectations of Texas before you came here?

I, well, it’s the Far West. To every Italian growing in Italy or growing in Europe, Texas is the Far West. It’s horses, it’s big skies, long distance, flat country, oil, and all that. Absolutely. And then you come to Texas and you fall in love. You know, it’s a funny land, because – people as well – they are kind of majestic – big voices, big feet and big tall people, you know, and that kind of attitude, that isn’t general. It’s quite unpredictable. Texas is like this, and that’s why I was saying to my wife as we landed from Paris and I said to her, “I feel at home in Texas.” I tell you it was ’80–now it’s 34 years.

Do you have cowboy boots yet?

Of course I have cowboy shoes. But I am not a good horse rider. No, not at all.

But I love Texas in the sense of the light, for example. You may be used to the light in Texas, but it’s a special light. It’s brilliant, stronger than usual. I remember actually one of the first things we did when I came in ’80, Dominique de Menil told me, “I want to go to Israel because I’ve been told that Israel is the same light as Texas.” I don’t know why she said that. By the way, it was not true. But it is true that Israel has a strong light. But in Texas it’s also because of the latitude, because of the absence of mountains, and the clouds and the nature. Nature is also very spatial. It’s flat. When you plant a tree in Texas, it grows up. It’s a real forest. That there’s something in the water in Texas is probably true. Sometimes people believe that countries are different because of funny trees, but anyway… There’s something in the water as well. I’m joking. I’m talking about the water table. But anyway things are special in Texas.

You fall in love because it gets inside your skin. We started 35 years ago, building the Menil Collection and then building the Cy Twombly Pavillion. Then we built this one. Then we started the new work of the Kimbell edition. So it’s not a long story – 34 years. 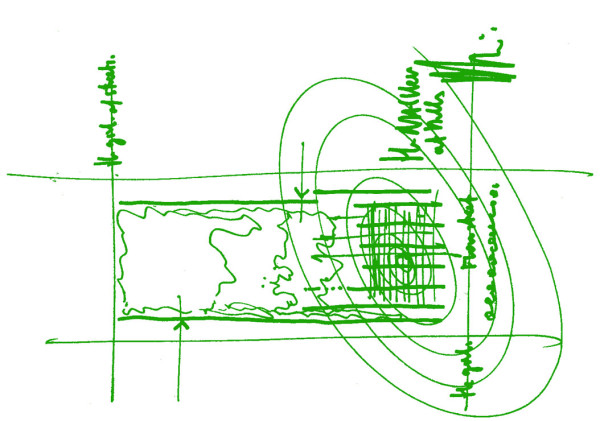 Piano’s concept sketch for the Nasher Sculpture Center. Courtesy of the Nasher.

Most of your buildings are in cities. Would you be drawn to building in a remote place or on the countryside?

Nasher brass: Sorry, we’ve got to…

Eh, I’m sure you will invent everything.

Betsy Lewis is a Dallas writer who never invented anything. Never will.