Walead Beshty at The Power Station

A far cry from the typical white cube gallery, The Power Station’s visually intriguing space in the former 1920s Power & Light building in Dallas is currently matched with works by Los Angeles-based artist Walead Beshty, on view through December 16. His show Fair Use presents a grouping of new works that seem to decry, from an outsider’s perspective, the political turmoil of Mexico.

Being a fan of the British-born artist’s early works, like his seemingly abstract photographs exposed by TSA x-ray scanners, or his fractured glass vitrines presented atop the FedEx boxes in which they were shipped, my initial reaction to this show was tainted by my expectations of grandeur. I was underwhelmed. 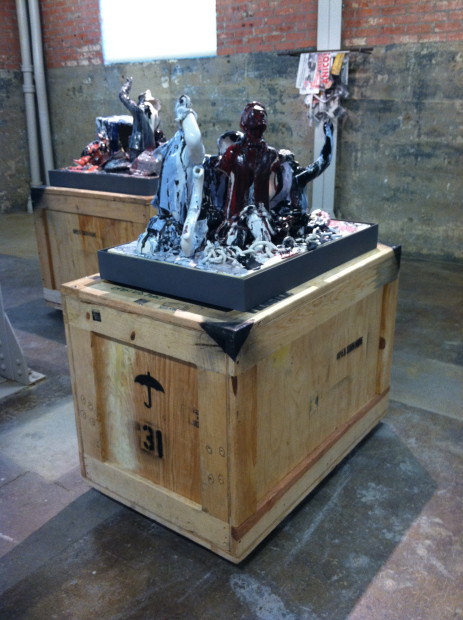 Ceramic works that the artist had made at Cerámica Suro in Guadalajara, Mexico were presented atop their carefully crafted wood shipping containers. Using colors taken from murals by Jose Clemente Orozco at the Hospicio Cabañas in Guadalajara and murals by Pierre Bourdelle at the Portico of Mexico at Fair Park in Dallas, Beshty references the Mexican past with chaotic assemblages of fractured remnants from the ceramics factory adhered together by poured glazes of red, blue, green, black, white and yellow. The artist has created works that resemble melted artifacts from a nuclear explosion rather than the Revolution that they reference. 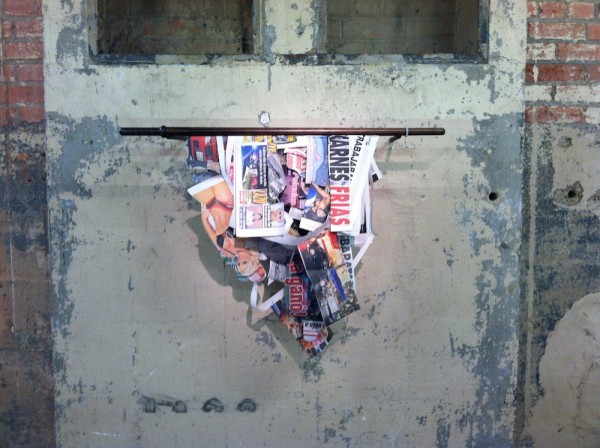 Shredded newspaper works like La Voz highlight the tendency of Mexican periodicals to feature sexy pin-up girls beside gruesome images of drug violence. Placed beside the ceramic pieces, the comparison of the Mexican past with the Mexican present is a superficial one. Compared with Mexico Inside Out: Themes in Art Since 1990, now on view at the Modern Art Museum of Fort Worth, Beshty’s Fair Use represents not an actual understanding of the realities on which it focuses, but an outsiders’ perspective that is no less important to consider. 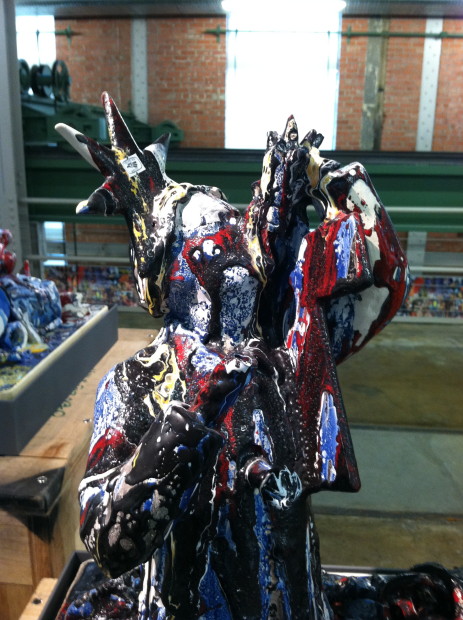 As if to underline the outsider perspective, the ceramic sculptures, like Felipe II, bear the all-too-familiar “Made in Mexico” stickers that grace all Mexican exports. These works are akin to Beshty’s early work in his reliance on others to create his finished product, but placed in a post-apocalyptic setting which the artist has created in the gallery using wallpaper, video and audio, these works read as a naive understanding of what it is to live in this landscape of violence. 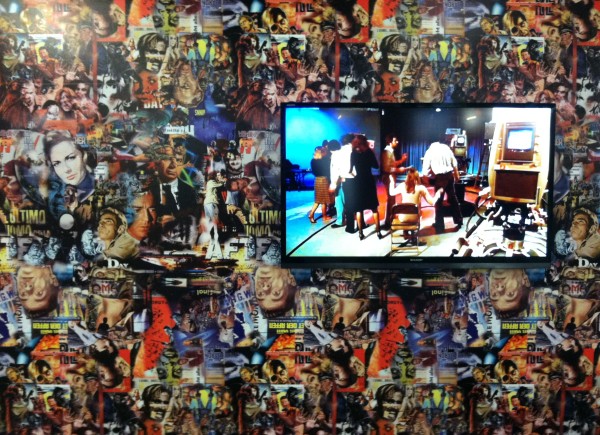 Still from The Continuous Presents of Futures Past (Post-apocalypses 1959-1985, Spanish)

The Power Station invites art stars to create experimental works, and I applaud Beshty for attempting to leave his comfort zone to fulfill the expectations of the rarefied space, but his employment of Mexican artisans and his equation of contemporary and historical Mexico to his manufactured post-apocalyptic world reads more like the unbridled power of the foreign hand which the Mexican Revolution and its muralists so adamantly worked against. Fair Use will be featured next at the Hospicio Cabañas in Guadalajara, a UNESCO World Heritage Site, where, hopefully underneath the very murals which it references, it will read less as a foreigner’s commentary and more like a humbling perspective on a issue that could never be addressed in a single gallery exhibition.

Walead Beshty: Fair Use will be on view at the Power Station, Dallas through December 16.

F.w.i.w., I think Beshty may have been deliberately contrasting the kind of expressions created by Orozco that were at one time a valued contribution to Mexico’s cultural environment, with the kind of commercial spectacle in which Mexicans (and we all) are now engulfed.