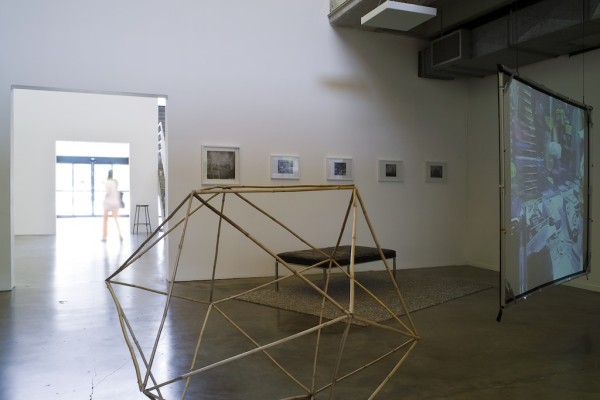 From Here to Afternoon at the Glassell School, Museum of Fine Arts Houston is a strange exhibition, but not because we’ve never seen one like it before. The gallery-as-archive or information dump or cultural laboratory is not a new idea. This exhibition concept was fine-tuned by Renée Green during the 1990s, but harkens back to the pre-history of postmodernism (historical Conceptual Art). If you stretch the concept a bit, we can add Georges Bataille’s magazine Documents to the cannon of transdisciplinary display. In fact, let’s turn the clock back all the way to the 18th century French encyclopédistes, Denis Diderot and Jean le Rond d’Alembert. What’s strange about From Here to Afternoon is that it manages to escape the tedium and incoherence that most contemporary versions elicit. Core fellow Patrik Haggren, together with Mikhail Lylov and their colleagues have constructed a remarkably nuanced and engaging exhibition around one of the most mind-numbing fields of modern applied psychology: the time-motion studies of the early-20th century pioneers Lillian and Frank Gilbreth.

Part of the charm of this exhibition is that it resists looking like a group show. It might be mistaken for the work of a single, obsessive enthusiast. The individual works in the show are not so much discrete objects or installations as they are zones of activity and interest that suck the viewer in. They are identified as “labor as potentiality,” “the model,” “mode of exposition,” “standard,” and “reformulation as mimicry.” Despite the over-wrought jargon of the organizers’ notes, the work required to engage with this exhibition pays dividends.

For example, I learned about the visualization of motion via long exposure photographs of a subject completing a simple physical task with small index lights attached to his or her moving limb. This was not just a visually inviting bit of pedagogy. The images—produced in Germany during the early 20th century—reminded me of a later series of famous photographs of Picasso drawing in space with a flashlight. This created a powerful mental link between two types of visual imagery that have hitherto remained worlds apart; one belonging to the world of the social scientist/efficiency expert, the other to the rather more anarchic world of the legendary inventor of Cubism.

The exhibition is replete with such serendipitous moments. After awhile, though, it dawned on me that these revelatory connections between art and the visual world of the quantitative and qualitative display of information are not entirely accidental. For quite some time now, the two worlds have been intermingling to good effect. 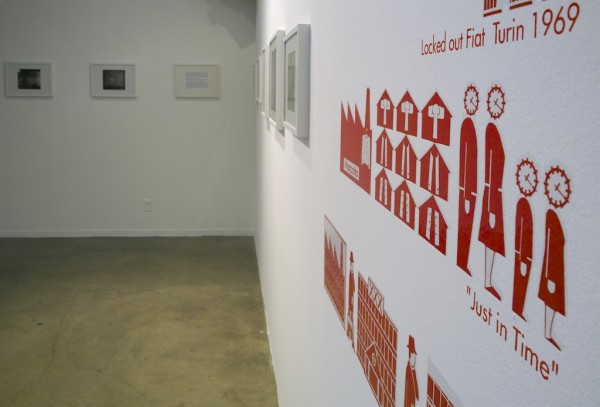 Particularly interesting was Alice Creischer and Andreas Siekmann’s exegesis through logotypes of a chapter of Karl Marx’s Das Kapital. In his text, Marx tells us the story of the devaluation of English labor on account of the industrialization of spinning and weaving. Using a contemporary version of ISOTYPES—the semi-abstract graphic figures invented by the Austrian philosopher Otto Neurath to visualize statistical analyses—the artists bring us up to date on the globalized textile industry. 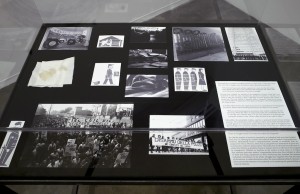 The exhibition is not all Political Economy 101. Romana Schmalisch’s Kinesphere and supplementary illustrative material describe the sophisticated and complex notational system invented in the late-1920s by Rudolf von Laban. Labanotation, as it is known, is an attempt to represent the human body in time and space through a series of signs. To develop this language, von Laban had first to analyze the basic elements of the movement of a body in space. It is not a tremendous leap to apply this notational system to the actions of workers. During World War II, Laban was hired as a consultant to observe British workers and to offer suggestions about how to improve their efficiency. This checkered history of the most famous system of choreographic notation demonstrates how a tool is not neutral; it can be used to extract more surplus value from the worker or chart a reverie of absolutely “useless” labor in the form of a dance.

This is the subtext of From Here to Afternoon: how the analysis of movement is a powerful ideological construct that may be used to enslave or liberate or merely entertain. The emancipatory climax of the exhibition is the entrancing video by Schmalisch of an exercise routine with tires. It negates the horror of meaningless, repetitive labor that was the legacy of the Industrial Revolution. As an icon of freely managed “work,” it resonates between Houston’s Center for Dance and the shop floor of the FIAT plant in Turin, circa 1962.