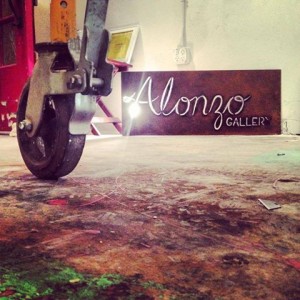 There’s a new gallery opening on the eclectic strip of Houston’s Main Street between Midtown and Montrose. The location is close enough to the Museum District and the other Main Street galleries to be a smart idea, but it will be tucked in with casual, hip hangouts like Double Trouble, Tacos a Go-Go and the Continental Club. Juan Pablo Alonzo, founding director of the seven-year old alternative art space/gallery/studios El Rincon Social (ERS) is opening the gallery as “the new extension of ERS’ Eastside base.”

Alonzo Gallery‘s inaugural exhibition will be a group show, which opens on Thursday, December 5th, beginning at 5 pm and going well into the night (2:30 am).