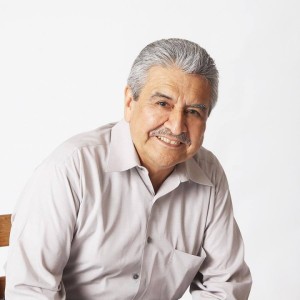 Sam Z. Coronado, co-founder of Austin’s Mexic-Arte Museum and founder of Serie Project, died on Monday at the age of 67 from complications after a stroke. Coronado was in Indiana, where he was lecturing at the Fort Wayne Museum of Art in conjunction with its exhibition Graphicanos: Contemporary Latino Prints from the Serie Project, currently on view.

Born in Ennis, Texas in 1946, Coronado voluntarily enlisted and served in the Army from 1964 to 1967. He began working as a graphic artist in 1969 and, in 1975, he graduated with a BFA from the University of Texas at Austin, where he co-founded the Chicano Art Students Association. In Houston, Coronado worked with the Association for the Advancement of Mexican Americans and founded Houston’s Arcoiris, a statewide network of Latino artists in 1980. After returning to Austin, he co-founded Mexic-Arte Museum in 1984 and, in 1986, began teaching at Austin Community College where he has served as full professor in the Graphic Arts Department since 2004. In 1993, Coronado founded the Serie Project, where he committed himself to promote the art of serigraphy and its continued influence in the Latino Arts.

Memorial services are being planned and will be announced shortly. In lieu of flowers, Coronado’s family has asked for donations to the Serie Project in his honor.

In the short video below, created in conjunction with Mexic-Arte’s 2011 exhibition Sam Coronado: A Retrospective, Coronado tells his own story of the journey through his early life and into a career of art and activism and working with other artists through the Serie Project’s artist-in-residence printmaking program.

My deeply condolences to his family.Sam left before us , but he left ta legacy of art, history, and inspiration for all Hispanics to preserve and transfer our heritage to the world. I met him in 1981 (Arco Iris) as a volunteer at an art exhibit in Houston.
Please inform me of the date and time of his memorial service..
With great sadness now, we will keep his art and leadership alive..
Lucy Triviño
713 855-4652

In lieu of flowers, his family would like to invite you to make a donation to the Serie Project in order to keep Sam Z. Coronado’s memory and his legacy alive. Please visit http://www.serieproject.org to make a donation.