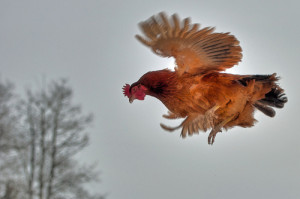 Fusebox Festival founder/director Ron Berry has announced that Austin’s next annual hybrid art festival will be free to the public. Calling the initiative “Free Range Art,” the free entrance is meant to encourage the audience to attend multiple events in order to make more discoveries, to take more chances and to make more connections. Also, Fusebox hopes “to rewire the typical relationship between artist and audience from one of consumption to engagement.”

In preparation for this year’s tenth anniversary festival (with its expected attendance of 35,000), the Fusebox folks gave some thought to their central mission and to the whole notion of festivals, which resulted in the first key to the new initiative: “Everyone should have access to the art we’re presenting. Period.”

Fusebox also announced the kick-off to a crowd-funding campaign to offset the absence of ticket sales, and the finale of the fundraising campaign, which will take place on December 17 with the return of Sixty In 60, Fusebox’s raucous annual event featuring sixty 60-second performances from local artists. The 2014 festival will take place April 16-27.