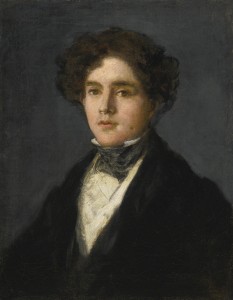 The Meadows Museum at Southern Methodist University now has its sixth work by Francisco Goya, the newest one an important late oil painting by the Spanish Romantic master, a portrait of the artist’s grandson. The painting will be unveiled tomorrow morning.

Although the Meadows Museum didn’t reveal the purchase price, the Dallas Morning News reports that the painting appeared at auction at Sotheby’s New York in January with an estimate of $6 million to $9 million. The acquisition was financed through the Meadows Foundation and Eugene McDermott Foundation, in honor of the Museum’s 50th anniversary.

The Meadows Gets Medieval in March