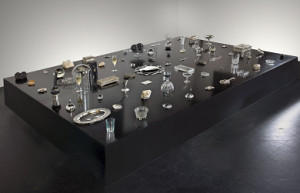 A large sculptural installation by San Antonio/New York artist Franco Mondini-Ruiz has recently been acquired for the permanent collection of the Smithsonian American Art Museum in Washington, D.C. The work is entitled Crystal City, named after the small Texas town considered to be the birthplace of the Chicano movement.

Side by Side: Arturo Infante Almeida and Daniel...

Museums and the Law

thanks for spreading the good news for many Texas artists..there are still so many others that should be in that museum….post furlough the future looks promising franco