Let’s start with some good news about the Houston Fine Art Fair (HFAF): Houstonian Robert Pruitt was selected as HFAF’s 2013 Artist of the Year. He’s a fantastic choice and the Hooks-Epstein booth featuring his work is the best thing in the fair. Pruitt is also starting to receive the kind of national attention he has long deserved. His show at The Studio Museum in Harlem got him coverage in the likes of The New York Times, The New Yorker and Time. Trenton Doyle Hancock was last year’s Artist of the Year. (HFAF has been redeeming itself after choosing Donald Sultan (?!?!) for a lifetime achievement award for their first Houston fair in 2011. Sultan’s only apparent connection to Texas was that his sister, Terrie Sultan used to be director of the Universiy of Houston’s Blaffer Art Museum.) 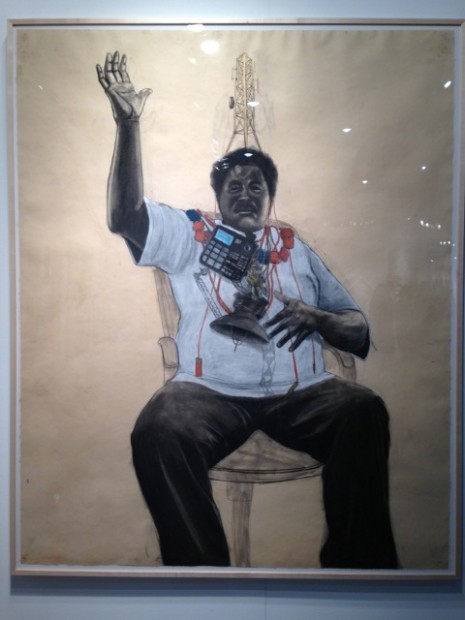 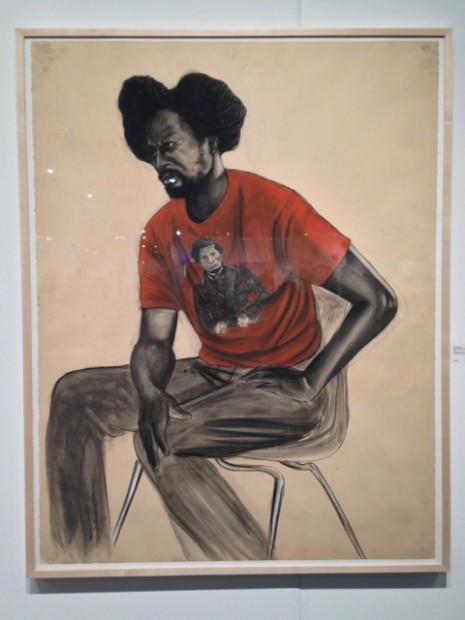 Houston infamously went from zero to two art fairs in 2011 when the Houston Fine Art Fair and the Texas Contemporary Art Fair both debuted a month apart. The Houston Fine Art Fair came back for its third year—but it did so without some major Houston galleries and some early supporters. Barbara Davis Gallery, Sicardi Gallery and McClain Gallery have jumped ship and moved to the Texas Contemporary Art Fair. So have Gallery Sonja Roesch and Anya Tish Gallery. Hiram Butler Gallery is abstaining from both fairs. Darke Gallery, McMurtrey Gallery and Wade Wilson Art, who participated in HFAF last year, are not participating in either as well. Unlike the two previous fairs, the Museum of Fine Arts Houston is no longer associated with HFAF as a beneficiary of the opening night but has tactfully slid into the role of “participating museum.” Slightly lower profile, HAA’s Business Volunteers for the Arts program was this year’s beneficiary.

Devin Borden Gallery returned to HFAF for a second year; last year he featured Geoff Hippenstiel and did very well. Borden is also participating in the Texas Contemporary Fair. Borden had a nice booth with a group show including one of Laura Lark‘s wonderfully obsessive yet oddly ethereal drawings on Tyvek and a great globby paint accumulation on a rock by  Nicholas Kersulis. 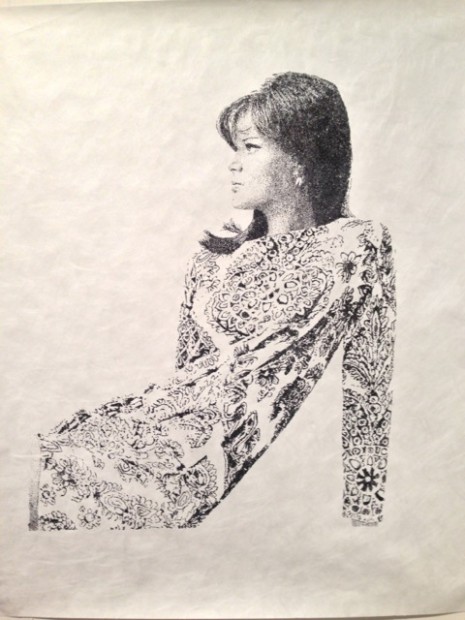 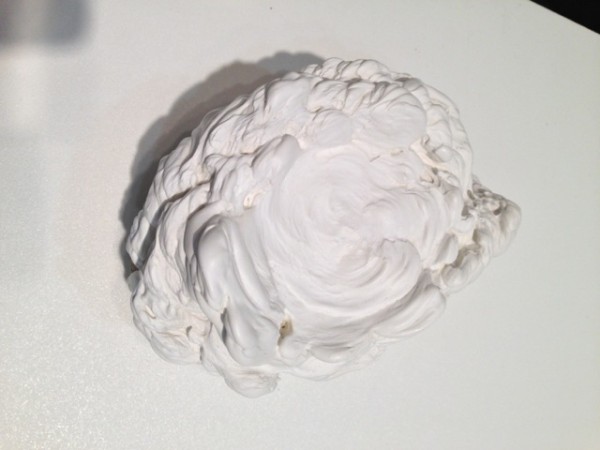 Sadly, Borden’s loyalty to the fair was rewarded by being stuck in a corner and placed next to this train wreck of a gallery from Paris… 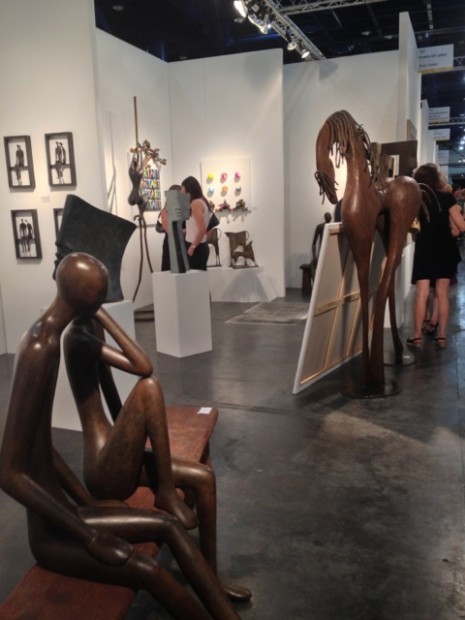 The Frederic GOT Gallery booth in all its Gallic splendor…

I am at a loss for words. 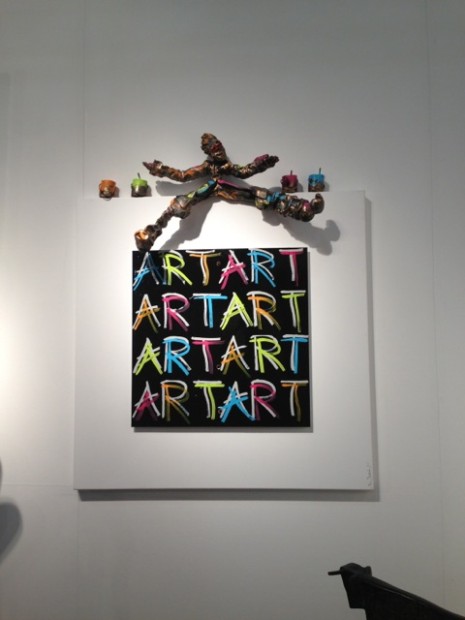 A Frederic GOT Gallery offering… 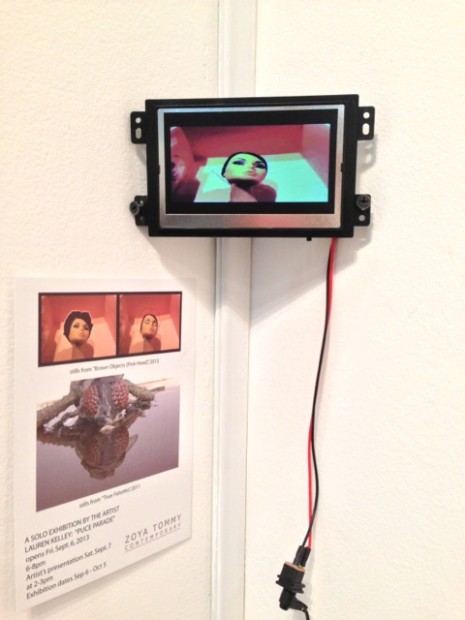 Deborah Colton Gallery also returned to the fair and brought work by the late and very great Bert Long. The work, as always, is as bold, witty and blunt as Long himself. 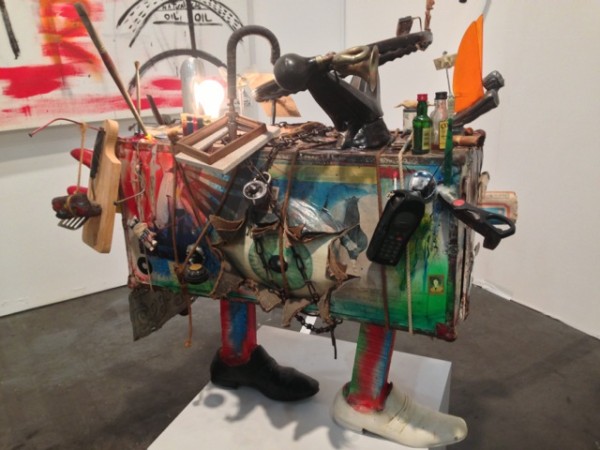 In a very nice move, HFAF gave a booth to Alabama Song Community Art Space, a living room venue in Third Ward founded by former Core Fellow Gabriel Martinez. Alabama Song brought in a host of interesting young artists and way more energy and enthusiasm than anyplace else in the fair.

My photos were too crappy to use but here is a shot of the booth from the Alabama Song Facebook page. 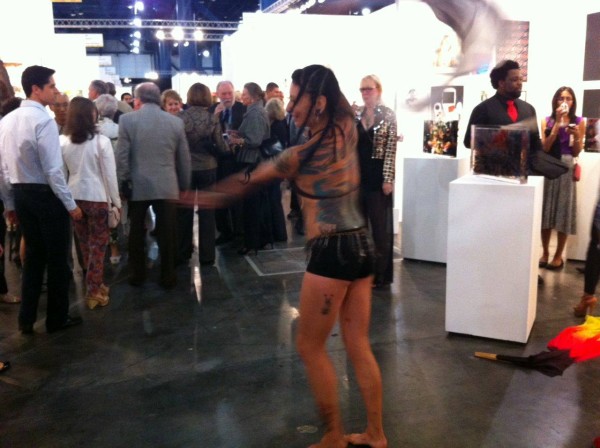 Photo of the Alabama Song booth at HFAF from the organiztion’s facebook page.

It seems the Houston Fine Art Fair also sought to make up for losing many of Houston’s best galleries by bringing in more  international exhibitors. Billed as the Korean Pavilion, 14 Korean galleries are participating this year. There  were some interesting works, but there was also a lot of bright flat painting and bright and shiny and crass pop sculptures which pretty much overwhelmed any subtler offerings. 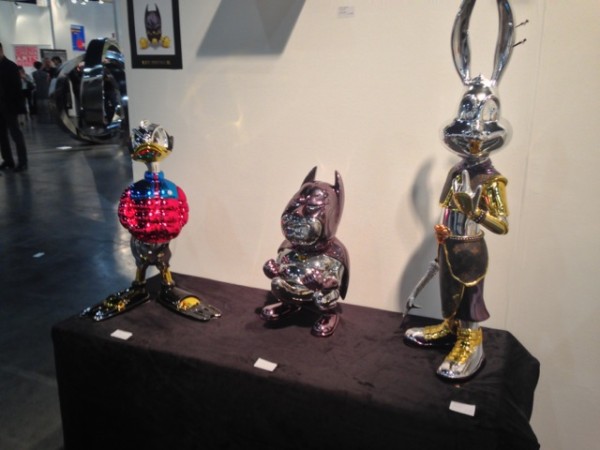 Apparently language barriers led to some interesting art discussion. In pointing to the Donald Duck, Batman with a hard-on and Bugs Bunny in a Louis Vuitton kilt, the gallerist said “It’s stupid!” recounted one fair attendee.

“I said ‘Why yes, yes it is!'” recalls the visitor. She was struck and impressed by the gallerist’s apparent candor only to later discover that “Stupid” was one of the work’s titles.

Some other Korean Pavilion lowlights included stuff like this… 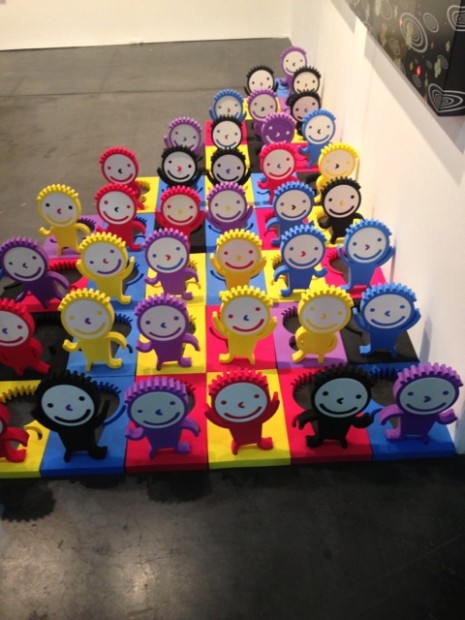 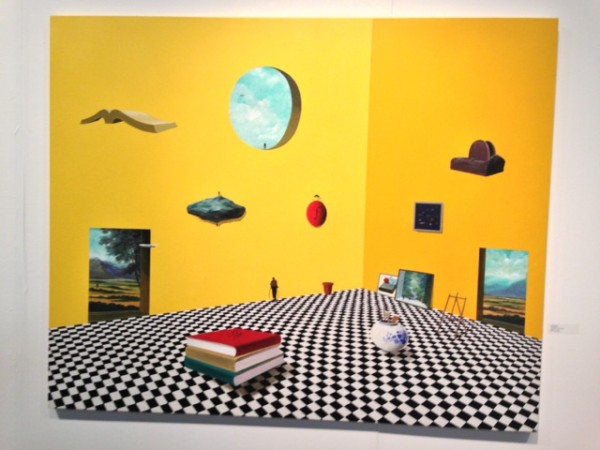 I don’t object to bright shiny things in general, but the glut of it in the Korea Pavilion was blinding—which made these tiny, earthy carvings on old inkstones by Sang-Yong Lee particularly lovely and welcome. 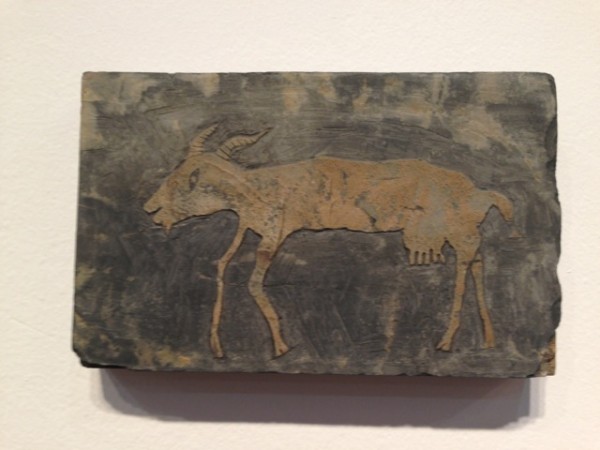 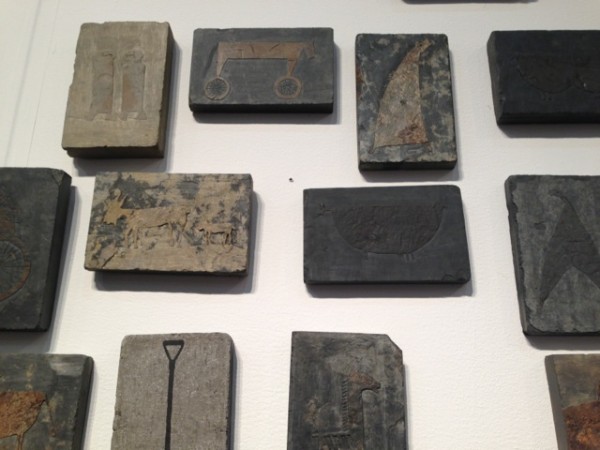 It will be interesting to see what 2014 brings for the HFAF. More international galleries is a great idea but HFAF has always needed more selectivity. I offer as an example this choice offering from a German gallery… 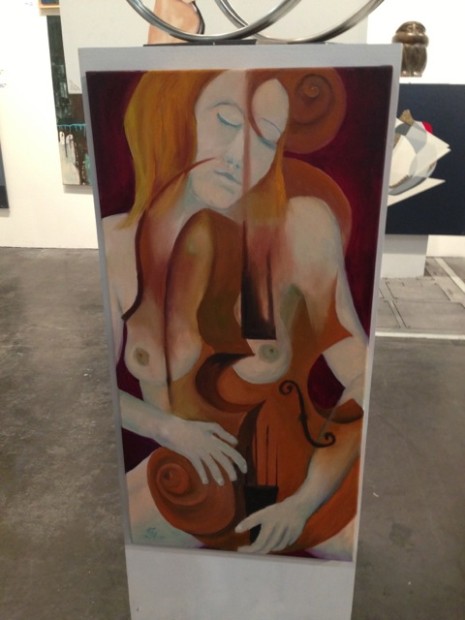 On the money, as always Kelly

As always your candor is refreshing. The snake oil sales people were dialing for dollars.

KELLY, we love your asides as always. And it was somewhat rewarding to see your positives as a start.

Joe Surlock must have “loved” the Grendrick GOT Gallery offerings. GAWD! Somebody must buy some of that stuff. Not sure about the 88%, Joe, but something distasteful certainly mutes subtleties as Kelly has pointed out.

Harvey, in my brief statements I do tend to be blunt, one might say juvenile with my comments so I apologize. Anyway, I did walk through the fair quite quickly, so my 88% could be off (high or low). Hope all is well.

Wonder about which Houston gallery was and who wasn’t there reads more like the society page then an art review. Lets embrace the diversity of a wide range of galleries. My vote would be to get one big Houston Art week. 2Art fairs, every gallery it’s best show of the year, all in one and the same week to put Houston on the map. Lets unite instead of divide.

Yes, Guus, it’s so easy to carp.
At the same time, it was an interesting comparison of exhibition and fiscal commitment objectives Kelly presented that artists, curators and writers must notice, following the stream of where, why and when art may dig deeper in its death throes. The range of subjectivity is quite obviously very, very broad. Have we forgotten what Robert Hughs observed and wrote from HIS perspective about the “art” marketplace and the subjectivity of its diverse followers?

It was refreshing to know what Geri Hooks presented was top of the line.

Our hearts must go out to Geri for the flood experienced at her gallery this past week-end.

Just for the record, Sicardi Gallery participated in the EXPO CHICAGO fair which fell on the same weekend as HFAF. It would have been impossible to maintain two booths and the gallery all in the same week.
See you at the Contemporary Fair.