Although Les Blank is not a household name, many artists and critics agree that his cinematic legacy will live longer into the future than those of more famous directors and photographers. 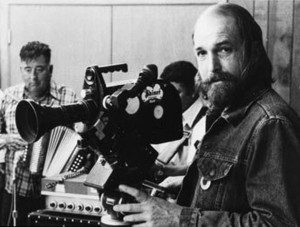 To call him an ethnographic filmmaker or a documentarian of folk cultures is not exactly right. I mean, it just sounds a little too stuffy and academic. Blank did seek out elements of the regional/marginal cultures around him, and the dozens of films that he made between the 1960s and 2000s do often capture events and traditions that have all but evaporated in homogenized America. But he really just photographed things he loved–especially good music, dance, and food–and the passionate people involved in them. Les Blank films are too intimate, poetic, well observed, freely photographed, and lovingly crafted to fit the mold of documentary norms. And they’re too much fun.

Like the filmmaker himself, his films are casual, lively yet soft-spoken, sympathetic, subtly enlightening, and often funny. Blank’s love for his subjects and their total comfort with him are so apparent and contagious that fans of his work were deeply, personally affected by the news of his passing this spring. We all felt as if we’d lost a friend. Since then, public and private tribute screenings have been popping up around the world revisiting his joyous, flickering film essays on the virtues of garlic and gaptoothed women and polka music, and his portraits of creative characters ranging from Houston bluesman Lightnin’ Hopkins to eccentric filmmaker Werner Herzog.

This Saturday, a celebration fit for the life-loving Blank will be held at Houston’s Aurora Picture Show. In conjunction with the exhibition, Feast: Radical Hospitality in Contemporary Art, the Blaffer Art Museum and Aurora Picture Show are joining forces to present a free event honoring the late filmmaker and celebrating New Orleans culture. Blank’s great, hour-long 1978 film Always For Pleasure will be screened on 16mm film, followed by hot food and even hotter live music. 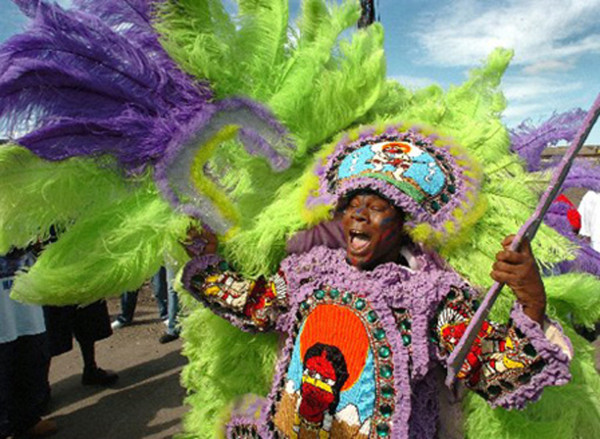 The inclusion of food (New Orleans cuisine courtesy of The Cajun Stop), drink (beer provided by St. Arnold’s) and dance (live music provided by the Zydeco Dots!) is important here. Blank, whose life and work revolved around these three things, and who would sometimes cook up food during film screenings for added aromatic effect, would approve of the all-out, multisensory celebration.

Of course, one doesn’t have to already be a fan of Blank’s films to attend this event (don’t worry, you will be), but I’d say you definitely do need to bring good vibes and be ready for a great time.

Co-presented by the Aurora Picture Show and Blaffer Art Museum