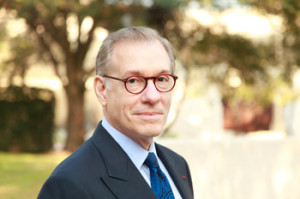 MFAH Director Gary Tinterow will speak tomorrow, Thursday at 11 am, at a luncheon at the Houston Junior League hosted by the Community Artists’ Collective. The talk is not cheap (tickets start at $75), but proceeds benefit the community outreach programs of the Collective. If you miss that talk, generically entitled “The Museum of Fine Arts, Houston: A Hub for All Things Cultural,” you can catch Tinterow at the MFAH’s next “Conversations with the Director,” the third in its series, on September 27. Although this event is “presented by Louis Vitton,” tickets are still required ($15 for students, $25 for members, $35 for the general public; go to mfah.org).

Not quite as controversial as previous conversationalist Jeff Koons or as off-topic as Dr. Ruth, Tinterow will speak with philanthropist and art collector Ronald S. Lauder. In 2001, Ronald S. Lauder established the Neue Galerie in New York, the museum devoted to early 20th-century German and Austrian art and design. In this conversation, Mr. Lauder is meant to discuss his years of collecting art, from antiquities and medieval art to modern masters, as well as his passion for Austrian and German art of the early 20th century.

Presented by Louis Vuitton, Gary Tinterow talks to the heir of the Estee Lauder fortune. Sounds relevant. And only $25 for members.

Money-grubbing at its most transparent. Right along side Koons and Dr. Ruth. This director is here to squeeze every dollar out of the art-going public and shine his record with a profit-margin. Appears he’s here for little else and none too concerned about how seriously he’s taken intellectually.

P.S. Ronald Lauder served as a diplomat under Ronald Reagan.