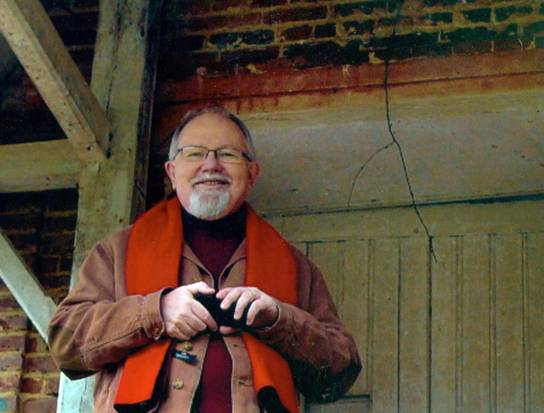 Art historian, curator, and educator Rick Brettell has been named art critic of The Dallas Morning News. Brettell, who served as director of the Dallas Museum of Art from 1988 to 1992, will continue his position as the Margaret McDermott distinguished chair of art and aesthetics at the University of Texas at Dallas, a position he has held since 1998. The newspaper has been without a staff art critic since 2006.

In addition to his tenure at the DMA, Brettell has authored numerous scholarly books, catalogues and articles. In 2010, he received a “Commandeur” certificate from the French Ordre des Arts et des Lettres and he is now completing a catalogue raisonné of the paintings of Paul Gauguin.

“After decades of writing and lecturing and teaching about art, it will be a whole new adventure for me to learn about newspaper criticism and reporting and to join the wonderful team of critics and reporters at The Dallas Morning News,” Brettell said. “At a time when big cities are cutting arts critics left and right, it’s good that The Morning News is recommitting to the importance of the visual arts in the city.”

Brettell is the second arts critic recently named by The News in joint appointments with area universities. In April, Mark Lamster became architecture critic in conjunction with the School of Architecture at UT Arlington.

UTD Adds Pitman to Its Collection of Ex-DMA...

For years, I have been lambasting Dallas for its undeserved self-congratulations as an art center.
With Mr. Brettell able now to reach a general population, it may be that Dallas artists have a fighting chance to be seen as viable. That is, maybe people will actually buy art in DFW without first looking at other, more arts-sophisticated cities.
Thank you, DMN! Make me eat crow, please.