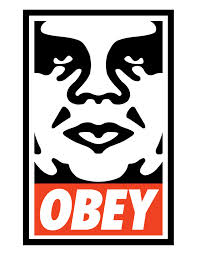 Street artist and graphic designer Shepard Fairey has been announced as the final keynote speaker at Austin’s SXSW Eco 2013 to take place in early October. Citizen-spurred initiatives are being highlighted at this year’s conference and Shepard is to address the potential for art to act as a catalyst for awareness and action. Five years ago, Shepard created the Barack Obama “HOPE” poster, his most well known project that has become one of the most iconic images in current popular culture.

According to the web site for the third annual conference, SXSW Eco has become “a significant connector for professionals working to solve the complex challenges facing civil society, the economy and the natural world.” Shepard’s two most successful poster campaigns just may represent the two main messages of the major factions of today’s eco-warriors. Which directive will prove most effective: Hope or Obey?