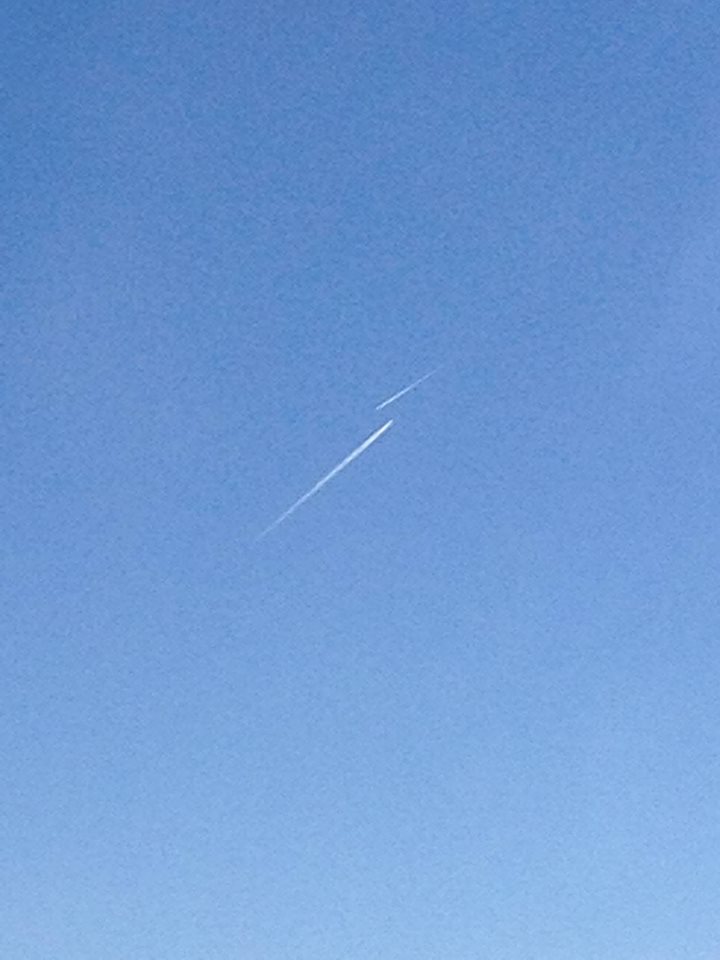 For all of its muted simplicity, Sally Glass’ show in The Safe Room at the Texas Theatre isn’t really quiet, sort of how the bright Safe Room itself, flooded with natural light and painted a pure and clarifying white, isn’t really pristine. Look closely along the old room’s whitewashed walls and you’ll see tiny ants and nearly microscopic mites moving with fastidious efficiency in and out of cracks, off to deliver some minute crumb or undetectable fragment to the colony hidden in the walls. Along the black and white chevron-patterned floors, too, you’ll notice the creatures moving, by turns camouflaged on the black stripes or revealed on the white ones. And underneath the hulking iron safe in the corner, for which the odd little room is named, there is a thick layer of sawdust—evidence of the slow undoing of the building by the mechanizations of its barely visible insect inhabitants.

Over this ecosystem, and inadvertently in concert with it, Sally Glass has delicately asserted her work in a show called Am I Still Ill, a phrase taken from the Smiths song of nearly the same name. Put simply, the show is about the fracturing of our human relationships, both between each other and between ourselves and our environments. The totem for the show is an image taken from the window of an in-flight plane showing two planes at a much higher altitude just passing each other, their chemical trails never touching, but skirting very close. These metaphorical lines of near encounter run throughout the restrained show, and each in some way describes a kind of breakdown or dissolution. It is not an overstatement to say that Glass’ show here makes a person sad. 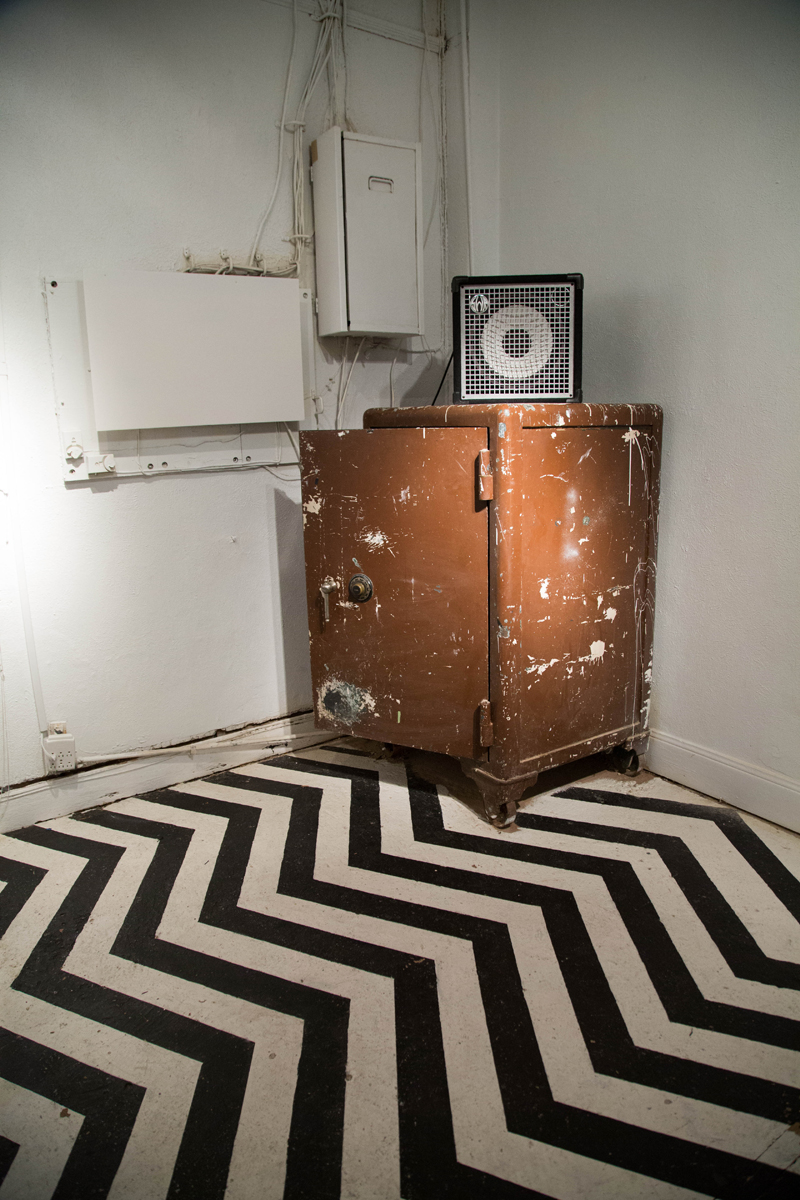 In the right-hand corner of the space, low to the ground and crossing from one wall to the next, Glass has drawn a simple, nonsensical floor plan of a house, full of dead ends and blocked-off rooms, with no detectable front door. No way in or out. The drawing reads like a memory map, a psychological rendering of a real place that is now inaccessible and off-limits. Nearby, atop the fabled safe, sits a bulky stereo speaker which plays a recorded loop of the artist singing “Unchained Melody,” layered in English and in French. However, rather than let the song transition smoothly from one track to the next, two loud feedback pops burst through the negative space between the song’s loop, cracking the surface of both the song and the room’s placidity with discord. 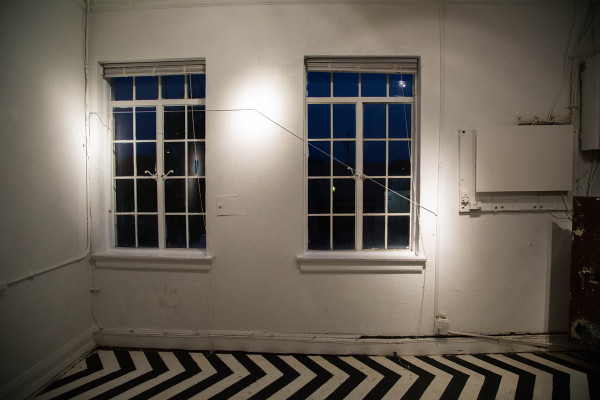 Next, in the most subtle gesture of the show, Glass has stretched a thin cotton rope cross the two un-curtained windows of the space in the manner of a Fred Sandback sculpture. Glass’ rope line drawing climbs  in a sharp diagonal from one window frame to the next, where it plateaus, like a fading heart rate on an EKG. Across the room, a small projected video on the wall shows the handwritten text “I Love You,” scratched onto the hood of a car. Like the rope and floor-plan drawings, the eye of the camera (and therefore yours) travels along the words in the video, following them like a map. The video is the most outright suggestion of the subtext of Glass’ ideas here, anchoring the discreet layers and connections in the rest of the work to language—the tender phrase that is the bricks and mortar of communicated human sentiment. But, like the ants eating away at the framework of the gallery space, the scrawled phrase in the surface of the car’s paint reads like a wound—something in need of repair.

Sally Glass’ Am I Still Ill is on view at The Safe Room at the Texas Theatre through September 14. 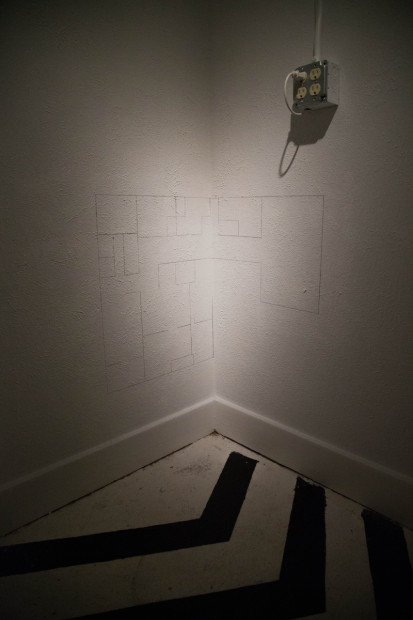 All images by Andi Harman.

Sally Glass and her work are always full of surprises! As her Mom I’m her biggest fan. I think that surprise is the essence of entertainment. I can honestly say that Sally has entertained and warmed me since the day she was born.