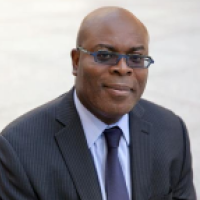 The Museum of Fine Arts, Houston has found a replacement for recently retired Associate Director Gwen Goffe. Eric O. Anyah has been lured away from the Art Institute of Chicago and will begin his new role as MFAH’s chief financial officer in October.

At AIC, Anyah oversaw a successful $900 million endowment in addition to managing the organization’s $400 million capital campaign. This experience should come in handy for the MFAH’s upcoming major expansion project. Director Gary Tinterow states, “Eric is uniquely positioned to move the Museum of Fine Arts, Houston, ahead in its financial planning as we embark on the Museum’s expansion and endowment campaigns.”