2014 Hunting Prize Competition is On! Texas Artists Vie for the $50K Award

The call for entries has been announced for the 34th annual Hunting Art Prize, which at $50,000 is the largest prize in its category in North America. Open to legal Texas residents, the competition accepts a single image of a drawing or painting only (“No collage, photography, printmaking, found object, or computer-generated works will be accepted.”). Previous winners have included Marshall K. Harris, Michael Bise, Leigh Ann Lester, Lane Hagood, and Robyn O’Neil. 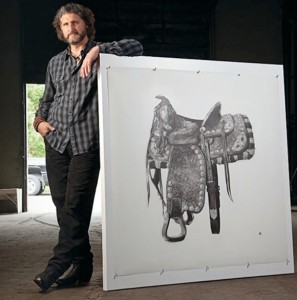 Trying to choose which single image might bring in the $50,000 prize can be tricky, especially since jurors are not usually announced until after the submission deadline. But the 2013 winner may have some tips. After his initial “Aw, shucks, it could’ve been anybody” reaction, Harris shared “The Secret to Winning the Hunting Prize” in the comment section of Glasstire’s award announcement.