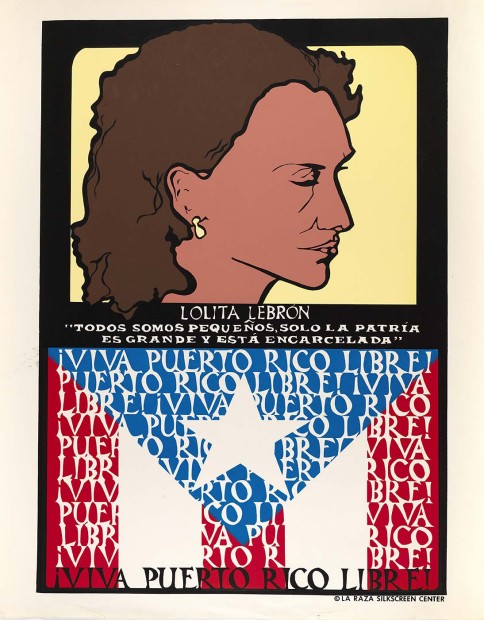 The Exploring Latino Identities series examines issues in Latino/Latin American contemporary art through interviews with artists, art historians, and others. In today’s installment, University of Texas Art History PhD candidate Tatiana Reinoza discusses the political impact of Latino printmaking in the past, present, and future.

Tatiana Reinoza: Latino printmaking in the U.S. reclaims the rich history of printmaking in Latin America. Artists who identify with native resistance would argue that it is pre-Latin American/Pre-Columbian with regards to the tradition of codice-making in pre-colonial times. Michael Gaudio’s Engraving the Savage explores how Conquest-era Europeans first used printmaking, especially engraving, to create visual images that depicted native inhabitants of the Americas as savages. These images fostered ignorance, intolerance, and violence against native peoples.

LMF: Why is printmaking so important to Latino art and art history?

TR: Printmaking is a technology that produces knowledge about ourselves, social justice, and the world around us. It operates through image reproduction and circulation. Controlling the means of production was an important and empowering step for U.S. Latino artists to envision self-determination and to create alternative knowledge of themselves and their communities (which was largely absent from mainstream curricula and media). I see it as a technology of liberation which over time became a radical tradition in U.S. Latino communities.

LMF: When was that moment of empowerment?

TR: By the 1970s, printmaking had become one of the most important mediums for U.S. Latino artists. Print activism was central to political organizing in ethnic/minority communities. Latino print workshops, known as talleres, developed across the country. Talleres created a sense of unification, or Latinidad, as artists directly engaged with communities in open workshop environments and shared authorship over production. These artists actively participated in making a U.S. Third World left with anti-racist and anti-colonial politics. Later on, some of these workshops would shift their initial approach from politically-driven to market-driven production and enter the collaborative press movement. 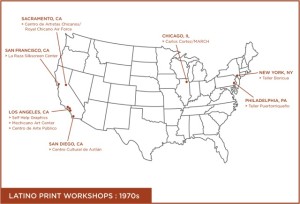 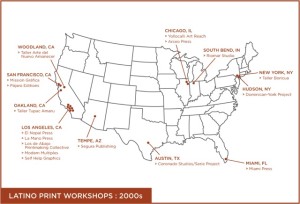 LMF: What is your focus?

TR: I focus on three workshops in my research: La Raza Silkscreen Center (San Francisco, 1971-1991), Taller Puertorriqueño (Philadelphia, 1974-1979), and Coronado Studio/Serie Project (Austin, 1993-present). My work emphasizes inter-ethnic solidarity, even a hemispheric notion of Latinidad. I explore the importance, complexity, and variety of the graphic arts, especially screenprinting, in Latino communities. For example, my research of La Raza Silkscreen Center examines the role of Latina women in workshop-building, the Pan-Latino “Raza” spaces, and important contributions by Central American artists, including Herbert Sigüenza and Oscar Melara. 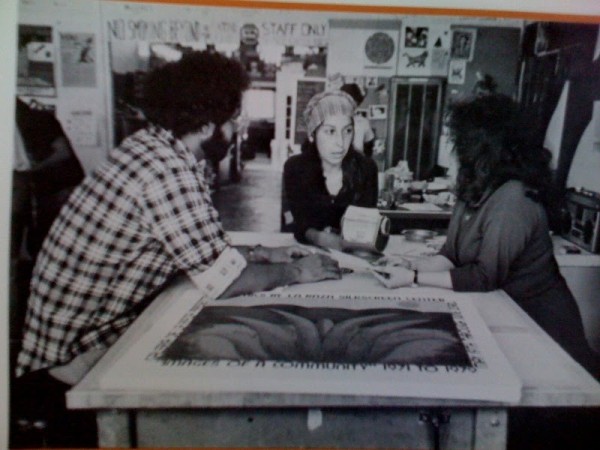 LMF: The Latino population of the United States experiences a constant influx of new migrants from Latin America. What is the impact of immigration on Latino artists working in the US?

TR: Immigration hits close to home for those of us with undocumented family members, and is a recurring theme in the work I research. It was not something I intentionally set out to do, but as I delved deeper, it kept coming to the foreground. It’s an issue that affects all of us in our daily lives, even third-generation Chicanos who are racially-profiled and whose allegiance is constantly questioned. This is apparent in the artwork of Sandra Fernández, Ester Hernández, Alma López, and Liliana Wilson. 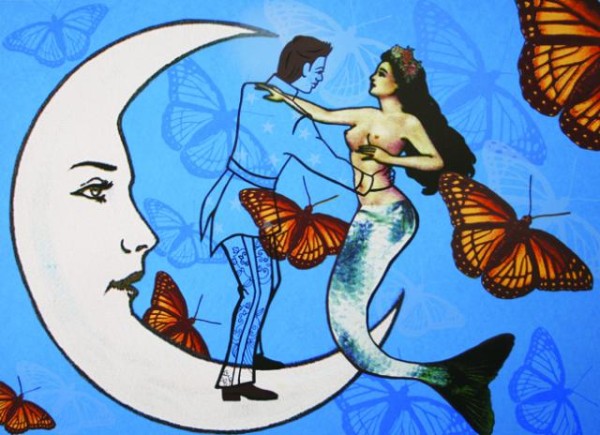 The tide of hateful anti-immigrant and racist rhetoric has sparked a renewed commitment by Latino printmakers to speak openly on the issue, and its foremost exponents are found in the younger generation of artist-activists like Faviana Rodriguez, Ernesto Yerena Montejano, Jesus Barraza, and Melanie Cervantes.

LMF: What does art history mean to you?

TR: As a first-generation immigrant from El Salvador, a single mother, and a woman of color, I often think about what a great privilege it is to be studying U.S. Latino art at the University of Texas at Austin. I bring this standpoint to my research and to the classroom. Art historians, much like artists, have social responsibilities. Art history as a discipline is undergoing big changes, but change is gradual. It requires changing our methods in reading images and analyzing artistic practice, recruiting new and underrepresented talent into our graduate programs, and updating our curriculum to reflect the diversity of our student populations.

LMF: Does printmaking have a future in the digital age?

TR: Like all technologies, printmaking will be replaced and changed by other technologies. That doesn’t mean it will cease to exist. Most of us still listen to the radio, have a landline, or keep a typewriter around (even if for nostalgic purposes). The digital wave is the new challenge that printmaking must rise to meet. Lisa Nakamura says that the internet is the fastest image reproduction machine the world has ever seen. Rather than feel threatened, artists need to harness that power and put it to good use. Many, like printmaker/new media artists Michael Menchaca and Quintin González, are already doing so. 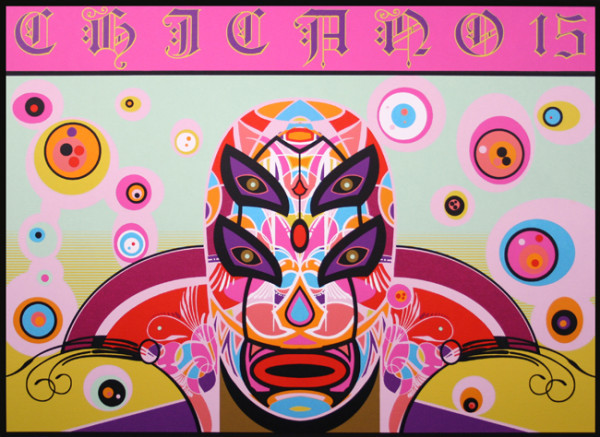 I love that your series is titled “Exploring Latino Identities” because there is nothing static about identity in any group or individual, and the Latino population in the United States is a highly heterogeneous one making it a very rich but very complex research problem.

Tatiana Reinoza (El Salvador, 1981) is an art historian and curator who lives in Austin. She recently took part in the Decolonizing Knowledge and Power: Postcolonial Studies, Decolonial Horizons International summer school at the Universidad Autónoma de Barcelona. She will be the Mercer Curatorial Fellow (2014) at the Contemporary Austin, and will also be collaborating with a team of curators on a forty-year retrospective of Self Help Graphics (a flagship Chicano print workshop) in East Los Angeles.