Proposal to Cut NEA Budget by Half 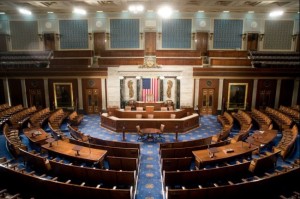 An article in today’s Hyperallergic lays out possible devastating cuts to the National Endowment for the Arts and Humanities. While Obama proposed his 2014 fiscal year budget in April, which included increases for the NEA and NEH, the Republicans have put forth their own proposal, which will slash the budgets in half (well, 49%).

The bill, written by the House Appropriations subcommittee on Interior and Environment, also calls for a 19% decrease in funding for both the Smithsonian Institution and the National Gallery of Art (as well as a 34% reduction for the EPA, by the way, to eliminate “costly and questionable regulations”). Hyperallergic spoke with Congresswoman Louise Slaughter, a Democrat who co-chairs the Congressional Arts Caucus, about the bill, which she thinks has no chance of getting past the Senate, but a good chance of really mucking things up.

“I’m absolutely amazed,” says Slaughter. “What a short-sighted thing for them to do.” But she promises a stubborn fight: “We can save some of it— all of it, I’m not sure.”