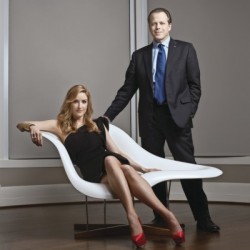 When Maxwell Anderson joined the Dallas Museum of Art in 2012, he brought his wife of 17 years, former actress and entrepreneur Jacqueline Buckingham Anderson, with him. The couple added a bit of Hollywood/New York glamour to the Dallas art scene but, by April of this year, they announced their divorce via Facebook and Twitter: “Hey, we r splitting up #lifenews #divorcing #wantedyoutoknow.”

For those who were distressed by that news, Dallas News’ FDLuxe reports a new tweet from the couple, only three months later: “1) Rekindled. 2) Renewed. 3) Remarried. 7/15/2013. Max & Jacqueline.”