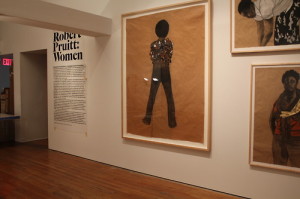 The prestigious Studio Museum of Harlem in New York presents itself as “the nexus for artists of African descent locally, nationally and internationally and for work that has been inspired and influenced by black culture.” The museum has been closed for a bit, but only in preparation for summer installations, including the first New York solo exhibition by Houston artist Robert Pruitt.

No offense to D.C.-bred artist Rob Pruitt, but it’s nice to know that more New York art lovers will soon join Texans in asking the question of clarification: “Wait—which Pruitt are you talking about?”