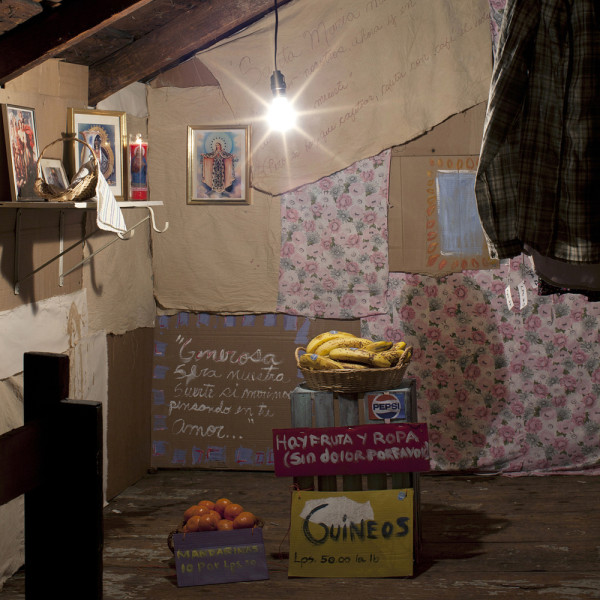 The Exploring Latino Identities series examines issues in Latino/Latin American contemporary art through interviews with artists, art historians, and others. In today’s installment, Miami-NYC based Honduran American artist Alma Leiva talks about making art for a transnational cause. She was born in Honduras and moved to the United States when she was fourteen. She received a BFA from the New World School of the Arts and an MFA from Virginia Commonwealth University.

Lauren Moya Ford: How do elements of your own personal biography play into your artwork?

Alma Leiva: Even though I come from a working class family, I was exposed to the poverty that pervaded many of the slums in San Pedro Sula, Honduras. Unlike in the United States, in Honduras you see children vendors trying to make a few lempiras on the streets to help feed their families. As a child, I witnessed the spectacle of human rights violations on the part of the military many times on the streets. One time I saw a “chafa” (a derogative term used for soldiers in Honduras) beat up a guy so badly that he passed out. The soldier gave no thought at all to the children who were watching. We later learned that the victim’s crime had been to steal a few oranges from a vendor. Even at the tender age of six, I remember thinking: “I don’t want to live in this country…If I ever protest against this, I will get killed.” That first thought has been with me all my life. It was the awakening of my social conscience. I knew then that I would do something to try to change injustice, and that I would do it from beyond the borders of my homeland.

LMF: The Celdas (Prison Cells) series makes the viewer question what is constructed and what is naturally occurring. What is the role of the liminal space between truth and fiction for you?

AL: When I first went back to Honduras, the gang violence problem had taken on a magnitude beyond imagination, and yet on the surface things looked normal. The whole situation was unreal to me. I had returned to the same country, but the society had morphed into something completely different. To the people there, it’s their reality and they’ve learned to live with it; I felt that I had stepped into a macabre Alice in Wonderland. I began to think of children’s perceptions; more than in any other context, the magical world of their games is crucial for them to process and adapt to such a hostile environment. The liminal spaces in Celdas represent the convergence of the citizen who sees it as everyday reality, my own perceptions when I go back, and the “fantastical” as a processing mechanism within such a context.

LMF: From the clips of presidential speeches to the photographed interiors, a sense of evidence pervades the work.

AL: As an undergraduate student in Miami, I learned that my uncle back in Honduras had been murdered in front of his family while coming home from a soccer game. San Pedro Sula, the city where he was murdered, now claims the title of the most violent city in the world. Over the following weeks, I became obsessed with developing video work that would inform the public of the wave of violence that had swept through my homeland. In 2009, while in grad school at Virginia Commonwealth University, I began working on Celdas. So yes, history and the problems that have affected and still affect Central Americans and the U.S. Latino community today have always fascinated me, but I refuse to preach to my audience. So I often introduce archival/found footage, found objects and assorted other materials, weaving in narratives that combine evidence, biography, parody and tragedy. This is the only way for me to process and assimilate the serious issues I want to introduce to the viewer. 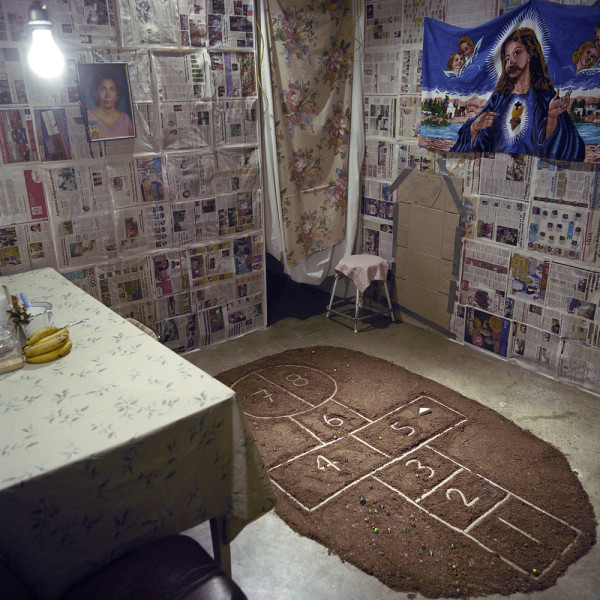 LMF: Your work addresses a very important but misunderstood portion of US-Latin American history and relations. Do you take on a kind of advocacy or activism?

AL: Definitely. As one of the few practicing artists originally from Central America and now living in the U.S., I have both my native perspective—which has very few voices speaking out for it, either in the art world or elsewhere—and the perspective of my adopted country. Like many of my peers who left their countries in the 80s and 90s, I’ve seen firsthand how U.S. Latin-American relations affected countries like El Salvador, Guatemala, Nicaragua and Honduras. I’ve heard of families whose loved ones “disappeared,” and I’ve had family members persecuted for political reasons. More recently, I lost a family member to the post-war violence that has taken over Central America. As immigrants living in the U.S. in the 1990s, we experienced a set of issues new to us, including racism, deportation and family disintegration, to mention a few. In that sense, my work can’t help but have an element of activism and advocacy.

Later on in grad school, I was deeply influenced by the powerful activist work of two of my professors, Sonali Gulati and Bob Paris. I came to a juncture familiar to most artists, where you have to choose between doing art for commercial reasons and creating work true to your own experience (in my case, my experience as an immigrant). I chose to create work that addresses my social and political concerns and which debates these issues in an effective way so that it leads viewers to investigate deeper. In this sense, my work has a conscious element of activism and advocacy. 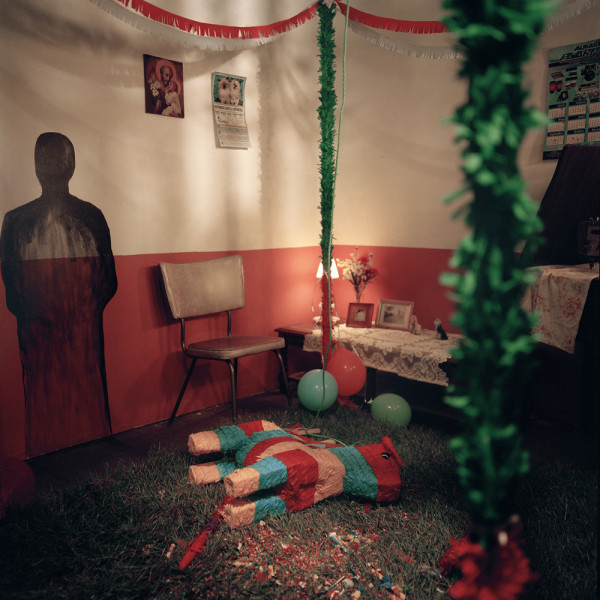 LMF: What impact do you hope your work will have?

AL: My work has to find its audience among university and college communities, local and international émigré communities, grassroots and civic organizations, activist pro Latino artists/groups, local, state and mainstream media, artists, intellectuals, and the general public. Although it has been somewhat hard to find curators/critics who can appreciate my vision, those I have found have helped propel me forward at critical times in my career, and I’m thankful for that. I come from an immigrant community with extremely limited support for contemporary social art practices among its own. I hope that this work will help open doors for younger generations of Central American activist-artists working in the U.S. to exhibit and develop significant work. I also hope that bringing the issues that afflict my community into the realm of the arts can generate increasing interest in the art from this region, thus improving the prospects for more institutional and political representation in the future.

LMF: How does your sense of place shape the work?

AL: For graduate school, I moved to Virginia from Miami, and it was a true culture shock. I missed the Latino food, the little restaurants on Calle Ocho, the beach. The feelings of displacement I experienced then somehow seeped into Celdas. New York and Miami are like home to me; however, the experience in Virginia made me realize that it’s very difficult to produce work charged with a sense of isolation and alienation when you feel at home. It dawned on me that I needed to go to places foreign to me to experience these feelings if I wanted to develop work that honestly conveys the experience of recent immigrants to the U.S. and their subsequent struggles to survive in a society that for the most part makes them invisible. You could say that my work draws both on my personal sense of place and my experience of displacement.