Lucy Kirkman: Library of Babel at That That 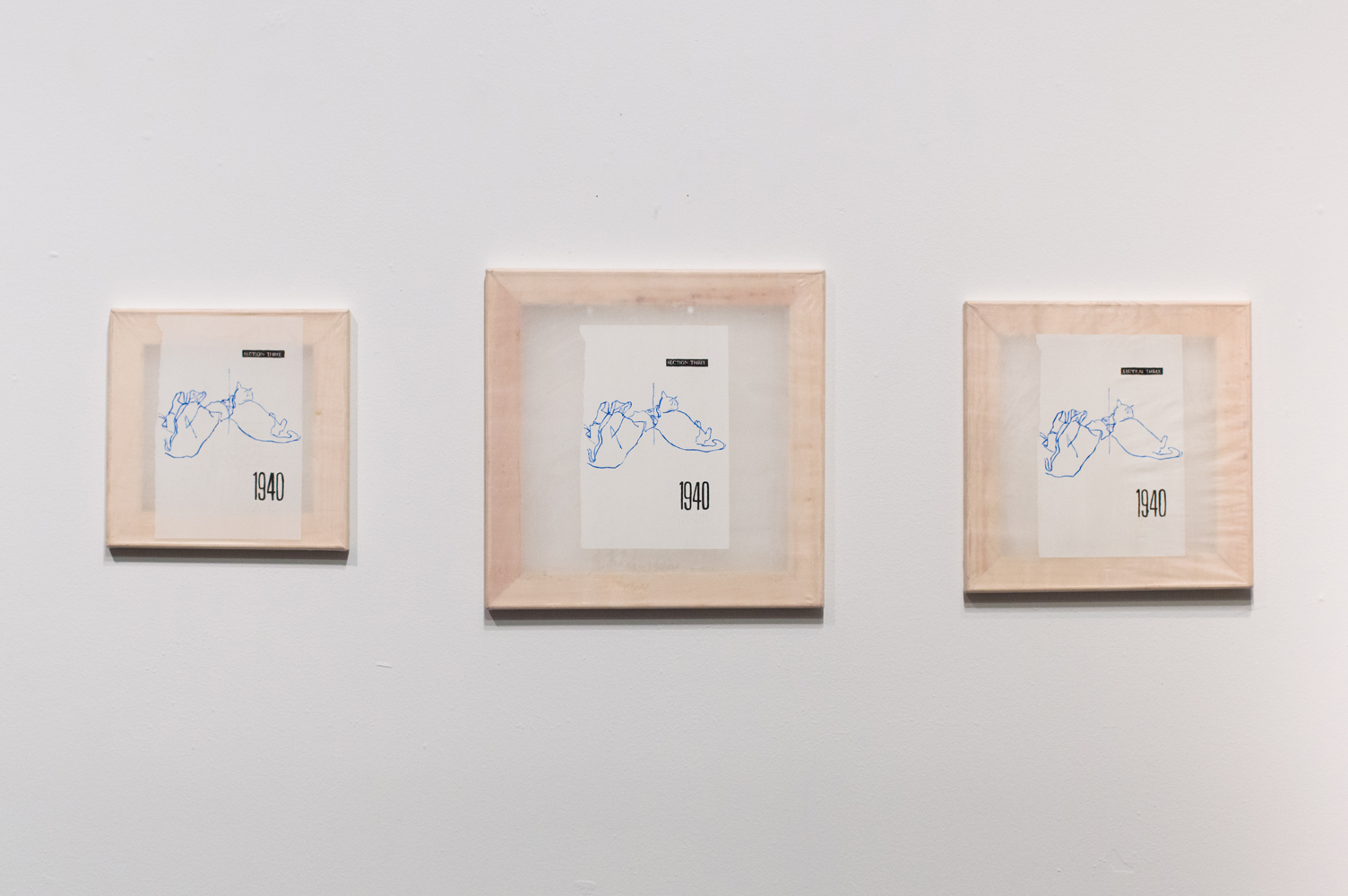 Because their surfaces seemed to sparkle, I thought at first that Lucy Kirkman’s paintings, installed at the lovely (but non-air conditioned and, therefore, very hot) That That gallery in Dallas, were covered in a layer of fine glitter. The paintings are actually coated in rabbit skin glue which is used in traditional gesso. Used on its own as a sealant, Kirkman informed me, rabbit skin glue has a metallic quality—a little-known fact.

Kirkman’s show, Library of Babel, is replete with little-known facts. Without clues, they are are puzzling and elusive, an organized yet confusing compendium, as the title suggests. Inspired by Jorge Luis Borges story The Library of Babel, which describes the universe as an infinite library of nonsensical books, Kirkman’s show is compiled of groups of triptychs that are paintings within paintings—expertly rendered book pages are painted atop shimmery linen or transparent silk or careless painterly marks on canvas. The book pages are (save in one triptych) seemingly identical throughout each set, with imagery culled from Kirkman’s own private library of references, both literary and art historical. 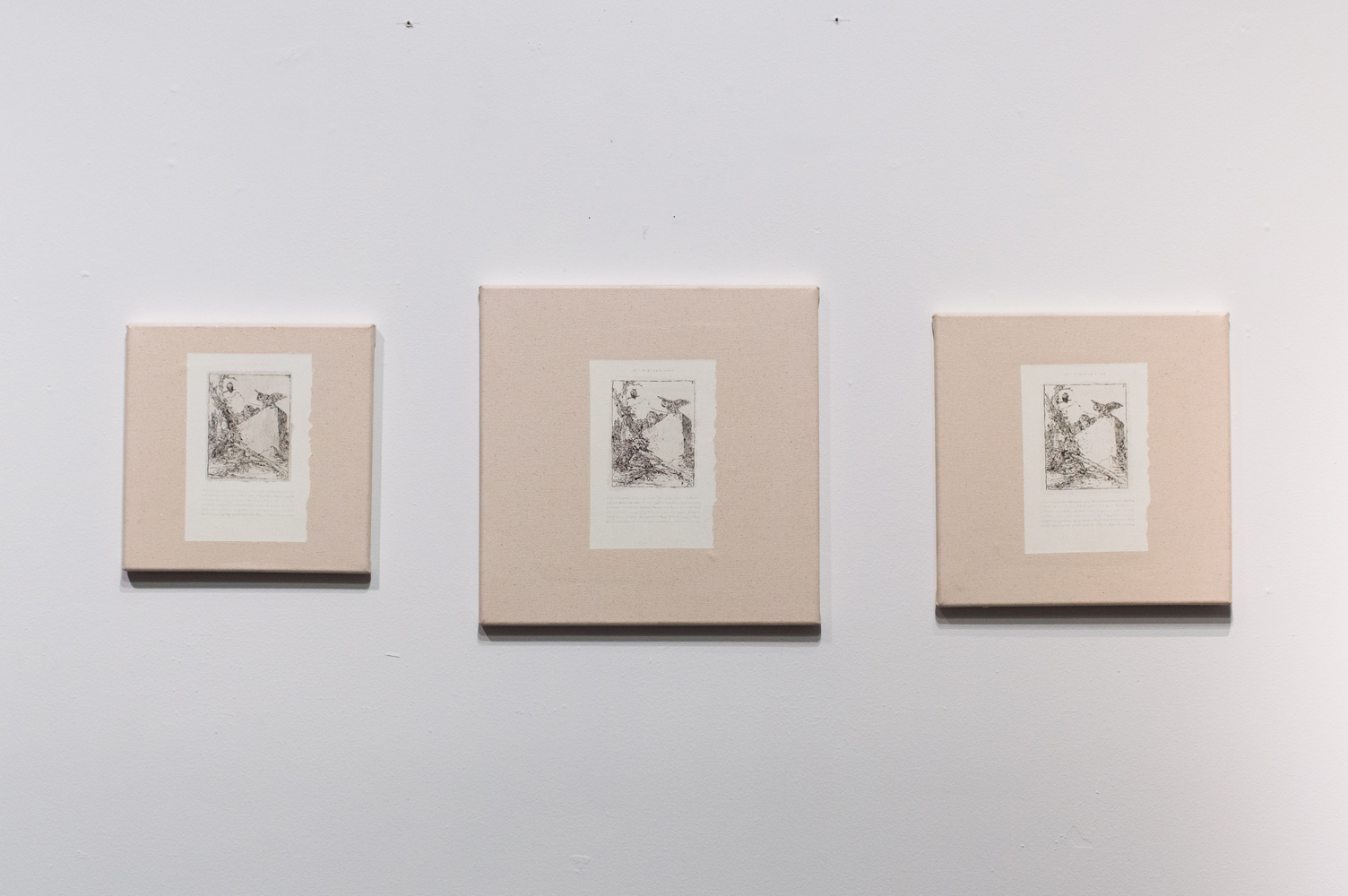 Accessing all of those references is a challenge. Pulled out of art history tomes or ripped loose from books of poetry, the images or texts feel familiar, like a crucifixion scene or particular colorful geometries, but their sources are hard to pin down. That’s the point: Kirkman desires the experience of her work to be disorienting, mysterious and wide. The various-sized canvases, sets of three and a wide range of styles intensify these disorienting sensations, creating fresh confusion with each set of paintings, as does her use of fabrics with varying opacities. 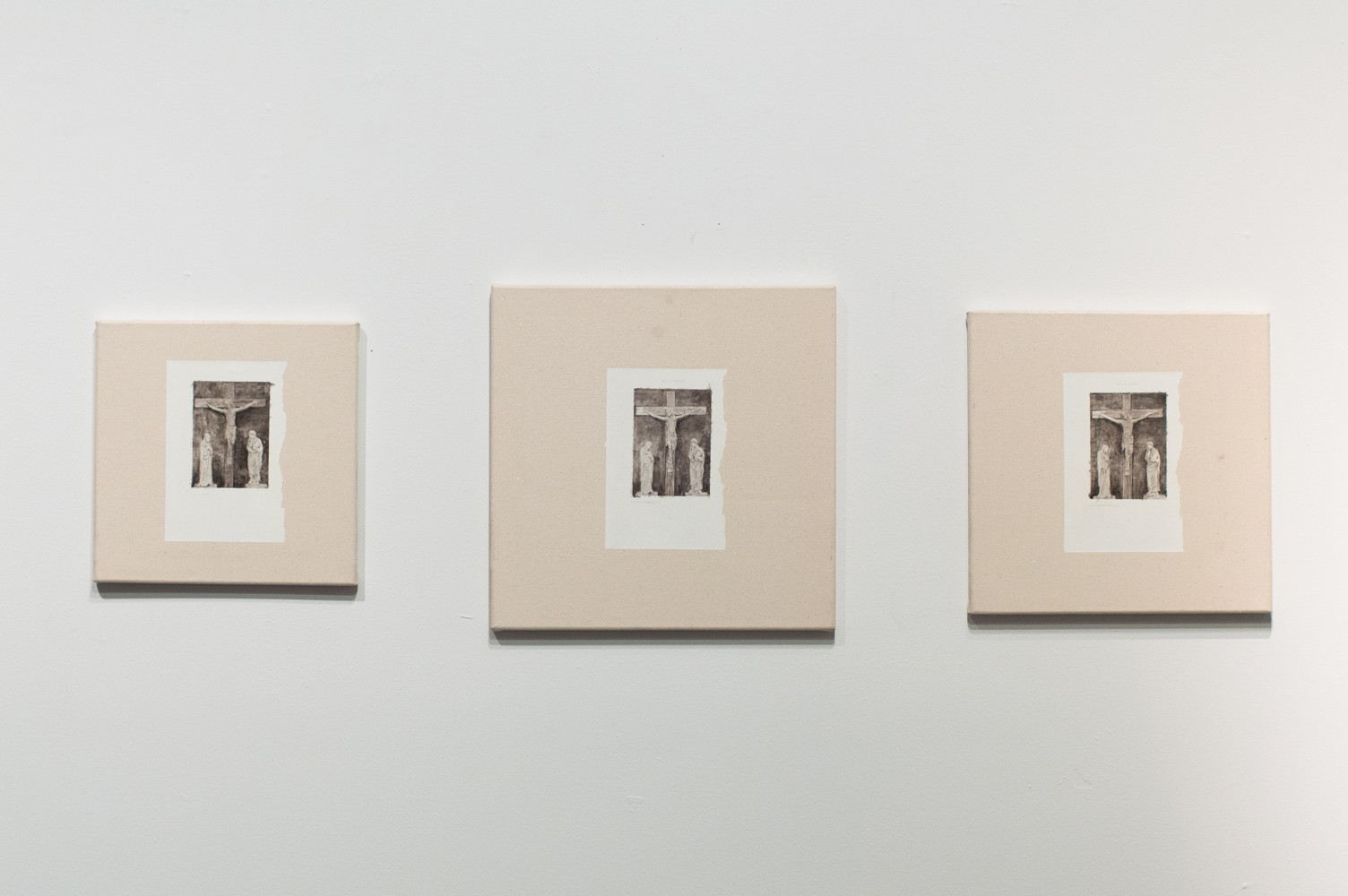 Kirkman’s loose but accurate mark-making (reminiscent of the medieval School of Paris manuscript illuminators), her expert chemical effects and brushwork, her patience and labor with her craft in an era of short attention spans, are a testament to Kirkman’s technical skill. There are close to thirty dexterous paintings here, made tirelessly in a two-month span.

One could say that Lucy Kirkman’s Library of Babel wrestles with the notion of the copied image, the copied word and the visual and linguistic power of repetition and remove, but that would be a reduction, I think. There is more going on here that is private—a dialogue between an artist and her sources—that keeps the work tantalizingly out of reach. 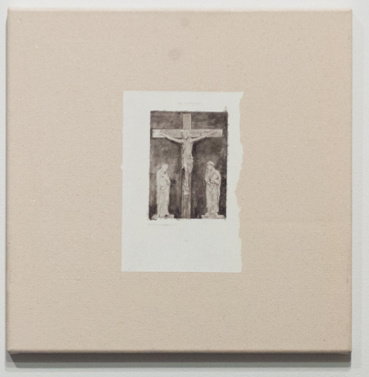 A beautiful, tragic, personal, and fragile group of works by a rising star!!