The Color Black: A Conversation in Three Parts at 500X

Employing black and white photography (Durant), graphite drawing (Harding), and ink (Doughtie), each artist made new work under the overarching concept of the color black as a symbol for absence or void. All three use black as the primal element that obscures, rather than reveals information.

Durant’s photographic and text installations (the first one, a large-scale wall graphic exploring her ideas of what the color black means, greets you as you walk in) are based on the artist’s cross-country road trip that began in Cool, Texas, sent her to Cool, California, and ended in Cool, Iowa. In the grand tradition of the American road story, Durant documented her trip through image, text, relics and ephemera. 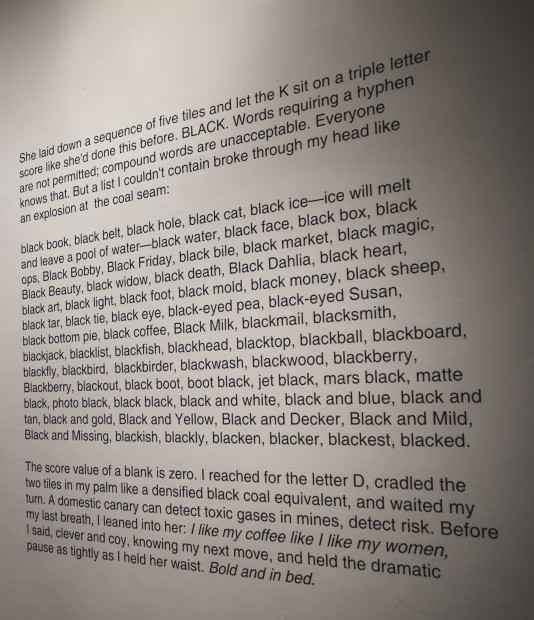 Diane Durant, Variations of Black (photo courtesy of the artist)

We experience her memories of the trip through stark images of abandoned buildings, photos of people she met along the way, and pages from her journal. Framed bits of text hung alongside her images, creating complex new narratives, and causing us to wonder if what we are reading and what we are seeing are related, or even authentic. Is that building really desolate? Or does the choice to photograph it in black and white force us to see it that way? We are used to newspaper print giving us the facts, the black and whiteness of the page leads us to believe that what we are seeing is true. 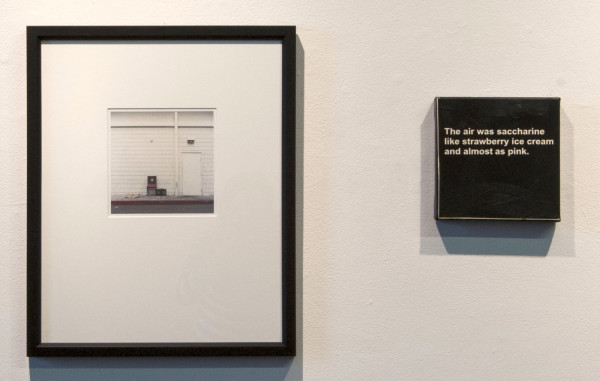 Durant pairs photographs of text with documentary-style photographs of old buildings, with an absurdist sense of humor that is typically American, and beautifully so. In Circus Circus, she pairs the text “The air was saccharine like strawberry ice cream and almost as pink” with her only color image in the show, a photograph of the Circus Circus Hotel in which small touches of red appear on the curb and the seat cushion in an otherwise black and white photograph—nuances carefully orchestrated to awaken past experiences in the mind of the viewer. Popcorn, cotton candy, and ice cream filled my nose; a few words left me with a soft chuckle and a lost memory.

Tim Harding’s graphite drawings overtake the canvas on which they live, consuming it entirely, erasing both negative and positive space. The overwhelming ink application achieves oblivion, absent of any color but black. The drawings go beyond chaos, and return us to a quiet environment. 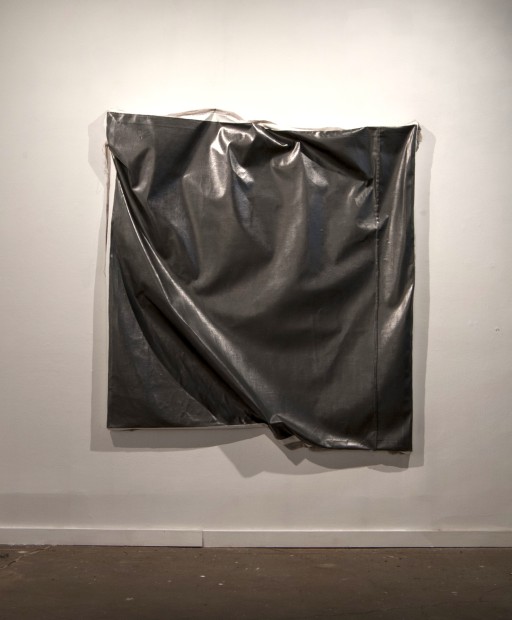 Like Harding’s past work, these new works explore the boundaries of drawing; they are intriguing exercises in which traditional drawing techniques, such as crosshatching, are taken to an extreme end, creating, not a picture, but an entirely new surface. Must we always stay in the lines? Harding says no, and these graphite pieces agree. 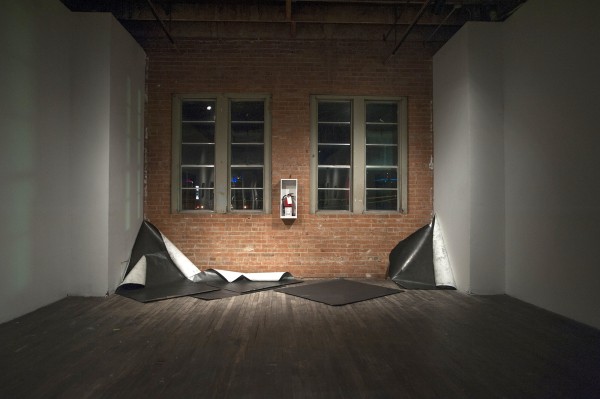 Harding’s paper constructions also recall earlier pieces that respond to the architectural details of their environment. In the upstairs gallery, crumpled black drawings against the back wall spread the shine of the brushed black concrete floor up the wall to eye-level. This quiet, almost unassuming piece greets you as first walk up the stairs, calling you forward, and then asking you to kneel down and peer into its abyss. 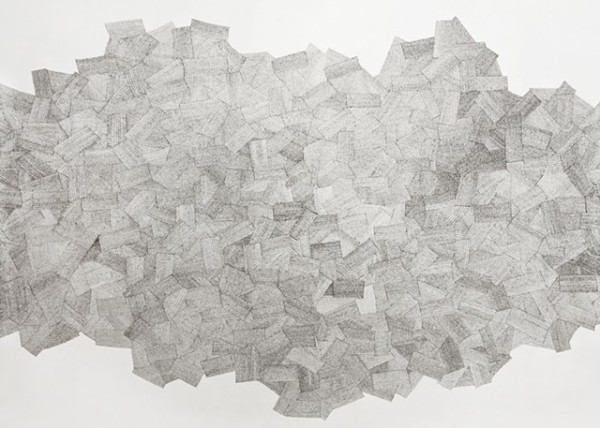 Doughtie’s ink on paper drawings are painstakingly made. Each mark, each line is carefully placed, carefully structured to create a surreal landscape. From a distance, the black (sometimes red) latticework appears to be a surface of its own, floating above the paper. Her concern with detail is staggering; it challenges the viewer to look for errors, but the drawings are a pristine cacophony of ink work, without a stray mark. 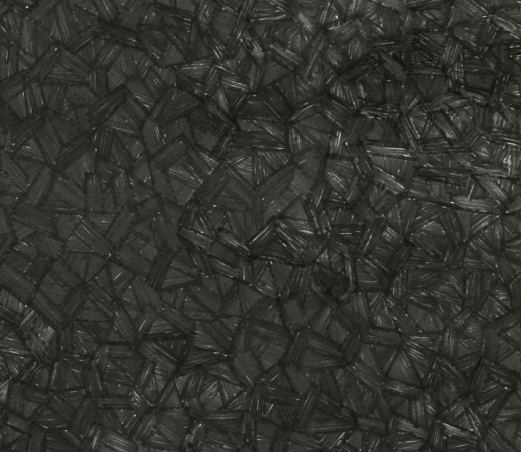 Once you are eye to eye with the drawings, a new world of subtle details is revealed, as if you are looking into Doughtie’s obsessed mind. Her process of exhausting pen after pen reveals her great respect, loyalty, and belief in the mark.

Danielle Georgiou is a video performance artist based in Dallas, TX. She is currently working on her Ph.D. in Aesthetic Studies at the University of Texas at Dallas.