by Paula Newton May 27, 2013
FacebookTwitterEmail 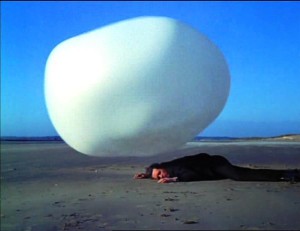 Patrick McGoohan in the 1960s British TV series The Prisoner.

Richard Koshalek resigned as director of the Hirshhorn Museum and Sculpture Garden this past week, right after the Hirshhorn board’s split vote on the fate of its Seasonal Inflatable Structure project. Informally known as the “Bubble,” the plan was to inflate a huge, translucent balloon up through the center of the doughnut-shaped museum, creating a temporary event space for public education programs.

The project was first announced in 2009 and the design, by New York architectural firm Diller Scofidio + Renfro, won a progressive architecture award from Architect, the magazine of the American Institute of Architects, in 2011. The cost estimates rose from $5 million to $15.5 million, reports the Washington Post, and the Hirshhorn began to face some fundraising difficulties. Washington City Paper quoted an anonymous source, who says Koshalek resigned because he didn’t believe he had support for his vision—not just for the Bubble, but also a project to transform the lobby into an education center and another project involving sculptor Richard Serra. With Koshalek’s departure, plans for those projects will likely be canceled, the source says. 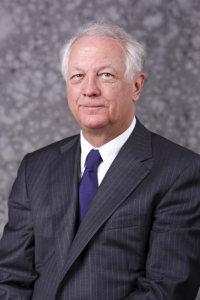 There seems to be no word yet on Koshalek’s plans after he officially leaves the Hirshhorn at the end of the year. There is, though, a long history of Texas/D.C. arts leadership relationships, best exemplified by the 2002 Menil/Hirshhorn do-si-do between James Demetrion and Ned Rifkin. (Throw in the Smithsonian-at-large and the Corcoran, and the connections are far too many to track.) Koshalek already has his Texas connection—he served as director of the Modern Art Museum of Fort Worth from 1974-76—and has a long history with and passion for big architectural projects, well before the Hirshhorn Bubble. There are several serious expansions planned at Texas museums, and it’s anyone’s guess where the museum director square dance could end up next.