by Lauren Moya Ford May 18, 2013
FacebookTwitterEmail 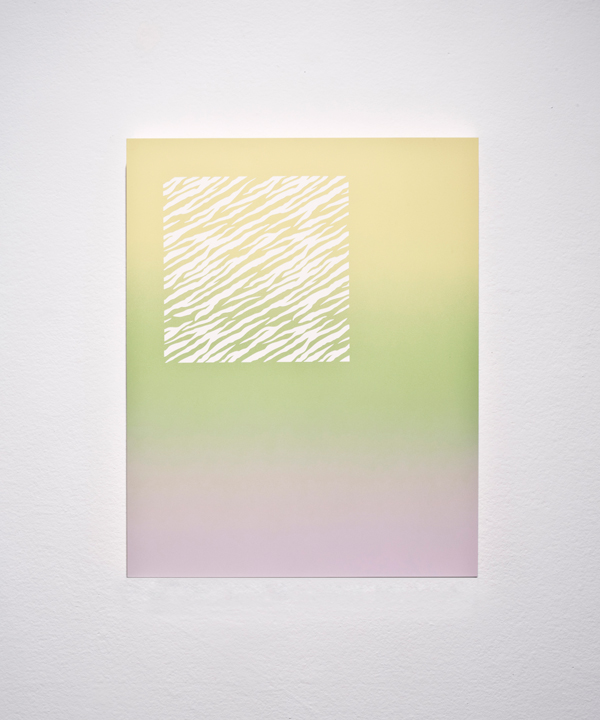 The Exploring Latino Identities series examines issues in Latino/Latin American contemporary art through interviews with artists, art historians, and others. In today’s installment, multimedia artist, writer, DJ, and recent Austin-NYC transplant Carlos Rosales-Silva shares his thoughts on animal prints, the art economy, and dressing like a wild ass. Check out his website and his new digital magazine through Image Files Press.

Lauren Moya Ford: How is your practice shaped by Latino identity?

Carlos Rosales-Silva: My current trajectory began with a history lesson: my family’s immigration to the United States in the 1970s actually starts in the Great Depression, when my Grandfather’s family was forced out of Texas during a mass repatriation of (anyone that looked like) Mexican migrant workers. My family were not immigrants; they were American citizens displaced by an indifferent government. Discovering this fact began my research into Mexican American history, Native American history, the treatment of minorities by the U.S. government, and minorities’ contributions to American culture (music, writing, film, civil rights movements), and grew to encompass aspects of minority life in American pop culture representations, fashion trends, targeted advertisements, internet activity, media depictions, political pandering, and the psychic violence inflicted by all these conflicting sources of information. When my current conceptual and real life concerns were activated in my early twenties, the process was natural because the ideas had been present in my life for years. 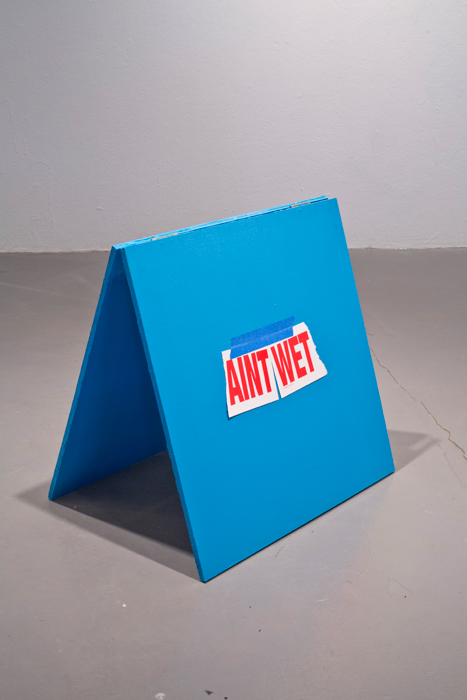 LMF: What attracts you to Op Art, Color Field painting, and Minimalism?

CRS: When I started studying art I was attracted to abstraction because it was communicating in a purely visual language that I completely understood, but the major works of these movements had kind of lost their energy by being reproduced so many times through furniture design, advertisement, drug culture, and product design (which is the graveyard for any visual idea). I decided to drag Minimalism, Op Art, and Color Field back to a place where they could exist with some content—put them back to work. My aim with these formal elements—animal prints and amateur, hand-painted advertisements mixed with Op Art and Color Field paintings; defaced and vandalized objects; a Minimalist cube turned into a cage—is to present the ideas in a more visually subversive manner, one that is seemingly communicating in a formal western art historical language. 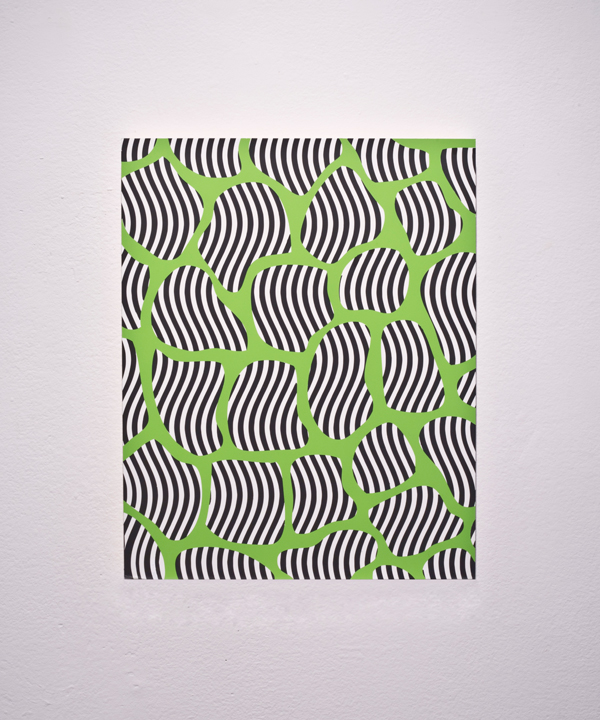 LMF: What are the roles, obligations, and/or freedoms of contemporary Latino artists?

CRS:  The only obligation I have as a Latino is to participate in the arts community where I am living. Having moved to New York not too long ago, I have begun going to openings, lectures, fairs, etc. and I will say this: shit is white as fuck. That’s not hyperbole either; I very regularly walk into a room and turn heads. I am a fairly dark-skinned individual with a healthy beard that dresses like a wild ass, but I feel like those facts are a total product of my interests and choices in how I present myself, which is a form of performance, but more a form of being myself: dark, loud, and proud.

I do think there are unfortunate limitations to Latino participation in the (standard models of) art economy, academia, and critical discourse. Participation in these systems almost exclusively means one has to attend an institution of higher education, which is not in reach for everyone. This is more of an issue of economic class, but let’s not goof around—there is a concentration of wealth in this country and the Latino population does not own it. 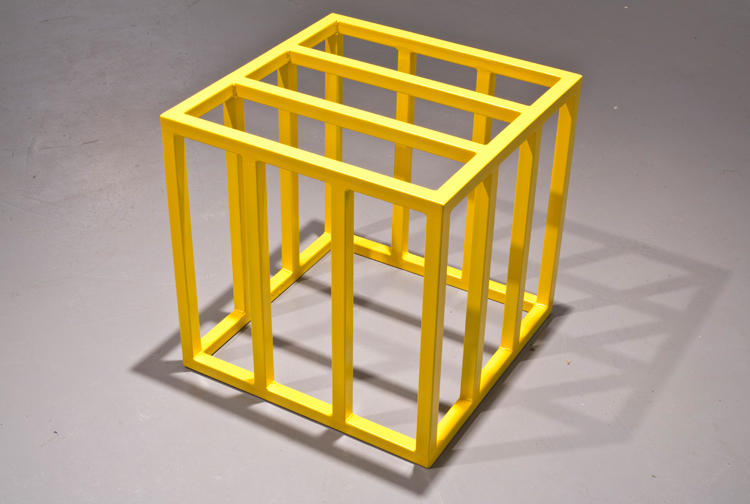 LMF: What does it mean for an artist to participate in one side of the art world (lectures, exhibitions, etc.) and not the art economy?

CRS: In a very concrete way it means I am not dependent on any gallery system, art institution, or academic institution for any sort of monetary compensation. My labor is not being exploited because it does not depend on financial compensation from a system that is supported by and built for the upper class. That’s not to say I don’t work hard or want to exhibit or sell work; I simply don’t want to be indentured to my art practice. My art works for me, not for anyone else. Existence outside of an art economy also means I have two jobs: my money job and my art job, and that is fine. 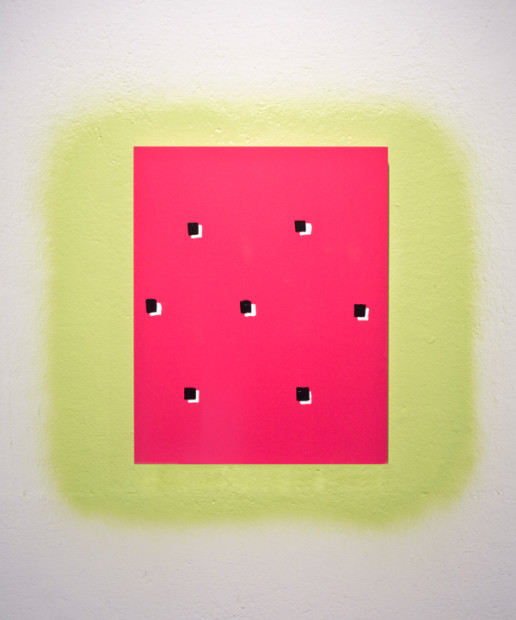 LMF: Is there (need/use for) a unified experience or expression in Latino artists today?

CRS: I think brown people ganging up together is always a great idea. Right now I am building a great group of academics, artists, writers, archivists, and self-aware, passionate people that all have some otherness about them. I want to congregate with people that are marginalized in any sense and have something to say about it. This is a real life thing, not just an art construct. I want to gang up with anyone that is rallying against a white, hetero, male-dominated culture.

I think we are in a place where Latino artists can be recognized, sure, but again, art-making is so exclusive in terms of monetary class that it is not an easy endeavor for most. I certainly wouldn’t recommend it to anyone that doesn’t have money already, or is not prepared to work harder than the average person, and then exist as an anomaly in the larger art community.

Carlos Rosales-Silva is an artist living and working in New York. He attended the University of Texas at Austin where he received his BFA in Studio Art in 2010. In 2008 he became a member of the Okay Mountain Collective and Gallery.

“I think brown people ganging up together is always a great idea.”

I changed my mind:
“I think brown people ganging up together is always a great idea.”
http://www.youtube.com/watch?v=AQvGoW3lm6w