by Paula Newton May 9, 2013
FacebookTwitterEmail 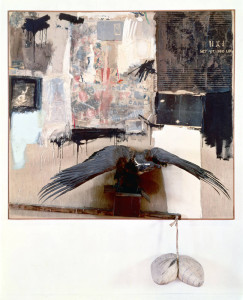 In the United States, the first-sale doctrine prevents artists from profiting from resales of their work, but Europeans have granted droit de suite (French for “right to follow”) to artists for more than a hundred years, partly out of sympathy for starving artists and partly out of respect for intellectual property, notions not so highly regarded by the American legal system.

A couple of weeks ago, Congressman Jerrold Nadler of New York vowed to re-introduce his stalled house bill, which he said addressed a “serious lack of equity [in] the distribution of revenue generated by sales and resales of works of art.” The U.S. Copyright Office is expected to issue a report soon and it is likely that the bill, which “would set aside a royalty rate of 7% for resales over $10,000 at large auction houses, half of which would go to the artists, and half to nonprofit art museums,” will be reintroduced this session.

This should be an interesting one to follow. For full details on the bill, there’s an in-depth Art in America article by Tracy Zwick, at the end of which she recounts a famous outburst by Texas artist Robert Rauschenberg. When one of his pieces, which he originally sold for $900, sold at auction fifteen years later for $85,000, he yelled at the seller, “I’ve been working my ass off for you to make that profit!”

P.S. Rauschenberg was no stranger to debt-related ruckuses:  During the 1998 exhibition Robert Rauschenberg: A Retrospective,  fifteen works were confiscated from the Menil Collection for a week over unpaid storage fees. In an even more surreal money fight, heirs to Rauschenberg’s Canyon were sent a $29 million tax bill by the IRS just last year. The 1959 combine includes a stuffed bald eagle (and is, therefore, prohibited by federal law from resale), so the heirs claimed it had zero value. That makes perfect sense and gives a very real meaning to the word “priceless,” but they gave up the fight and ended up donating the work to the MoMA.

Why would half of the royalties need to go to museums?

Because the main point of the law is to tax windfall profits on art speculation, not to help artists or protect artists’ rights. It’s a payoff: the law allows artists to collect resale royalties, provided they agree to be taxed at 50%.

How much you want to bet this will in practice be a 100% tax since the government will spend little effort finding the artists.

Aren’t we taxed enough? This would be an accounting nightmare.

Just leave me alone, let me make art and try to sell it.

So what? Most artists would prefer to pay taxes on the royalties of their work should the royalty bill bear fruit, considering that most works their shirt off for others to enrich themselves from their labor. After all and most often those who profits most returns very little to the art community to help young and struggling artist. For artists the sales of their work is a zero sum gain. Is it not time for artist’s to participate in the financial stakes from the profits of their work for their wellbeing? It is outrageous that some naysayers doubt that artists should continue to be placed over a proverbial barrel and be beaten ™™™™™into submission, yea love being a bohemian in a proverbial land of bohemia. What other profession loves economic pain as much artist does? So are they to flip burgers at a fast food outlet or at best sit on a curb somewhere with a tin cup collecting pennies? No I don’t think so! Rauschenberg and those who initiate the royalty fight were correct. Young artists are the benefactors of the fight, sacrifice and hard work, it must continue until some resolution is brought to bear.

While IRS bureaucrats are good at firing blanks they will find it beneficial to learn something about the arts. In one way or the other the Menil now feels the pain artists bear especially in the marketplace in this particular Rauschenberg case. What has happened is a gross miscarriage of justice. Seemingly errors has been made, the figureheads at the IRS knows that fair treatment is missing, errors cannot be admitted and they will be humbled, it is not their ability to back down and it is not a dollar sign on their extreme collection practice as far as they are concerned, they refuse to right a wrong. The IRS policy will not help or encourage a healthy participation in the art marketplace by those who support it and the artists of this great country.