MFAH Awarded for Publishing a Great Catalog, and Employing a Great Artist

by Bill Davenport May 3, 2013
FacebookTwitterEmail 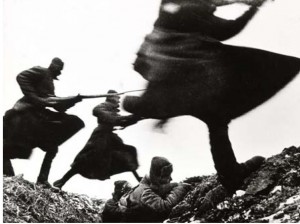 This past week, the Museum of Fine Arts, Houston, was recognized with two honors: in London, the exhibition catalogue WAR/PHOTOGRAPHY: Images of Armed Conflict and Its Aftermath won the “Best Photography Book Award” at the 2013 Kraszna-Krausz Book Awards and, in Austin, Glassell School of Art director Joseph Havel was appointed a State Three Dimensional Artist by the Texas State Legislature, just so you know.

Jim Woodson, not associated with the Museum of Fine arts, was named 2013 Texas State 2-Dimensional artist. There’s a whole other set of artists picked out for 2014, but that’s another post!

I thought all our artists were three dimensional.