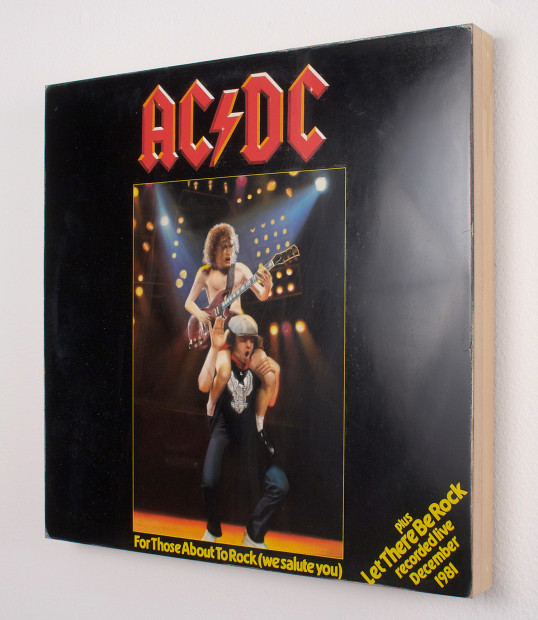 Former North Texas artist Matthew Metzger recently responded to Tête-à-Tête, offering some insight into his calculated and beautifully detailed paintings. Matthew lives and works in Chicago. He received his BFA from The University of North Texas and his MFA from the University of Chicago in 2009. Since then, he has exhibited at such institutions as The Smart Museum of Art in Chicago and the Soap Factory in Minneapolis, while mounting solo exhibitions at The Museum of Contemporary Art in Chicago, Sikkema & Jenkins Co. in New York, Arratia Beer in Berlin and Tony Wight Gallery in Chicago. He is co-editor of the publication SHIFTER, and is assistant professor of studio art at The University of Illinois at Chicago.

Matthew Metzger: I am currently working on the second iteration of a project I started a year-and-a-half ago titled: Be-longing, which investigates the ontological correlation between Abstraction and notions of belonging. The project, once complete, will be comprised of ten paintings depicting the components of one AC/DC record single “For Those About To Rock (We Salute You)” within two separate exhibitions. I completed the first iteration of this project last summer for Statements at Art Basel in June of 2012, which was a suite of five paintings, each of which depict one of the five components of the aforementioned record single: The Cover, The Record Single Side A, The White Sleeve, The Black Sleeve, and The Mailer (which was the casing for its shipping). Upon completion, each painting was then photocopied on a standard black-and-white photocopier. These photocopied images are the subjects for the second iteration of the project, a series of five black-and-white paintings that read as photocopies of themselves. Once complete I will exhibit this second grouping as a “copy” of the first.

In 1982, AC/DC released a 12-inch record single of the anthem “For Those About to Rock (We Salute You).” This single, detached from its full length LP of same name, and manufactured to be experienced separately, takes a song about social connection and unintentionally amplifies isolation and disconnection. Those who are about to “rock” are in fact alienated and severed from those who are already “rocking” (those who are singing and those encompassed in the slippery linguistic shifter known as “We” in “We Salute You”). Thus, your ability to connect, to belong, is restricted to the abstract domain of the imagination, an imagination that, seen from any vantage point other than yours, can often be equated to a series of illusions. These illusions therefore play a vital role in allowing you to locate your sense of belonging within a space that is private, stable and personal as opposed to the one that is communal, emotionally contingent and stylistically fickle, all the while posing the questions: How may one facilitate and secure a sense of belonging in that abstract space between experience and imagination? And to what extent may the attributes of painting, and the conventions of Abstraction, provide a language for that space? 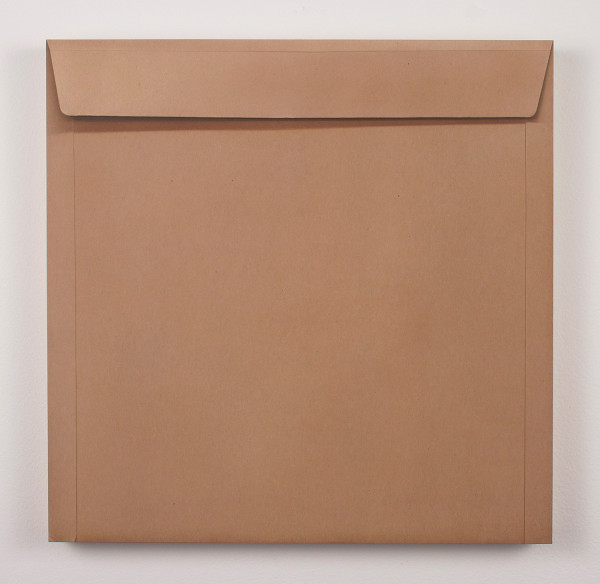 MM: This is an extremely difficult question. So I am going to take the liberty of assuming I have the agency here to alter questions however I choose to make them a little more answerable for me. Who do you consider to occupy the same floor as you in your visual art apartment complex? Yvonne Rainer is directly across from me. Ellsworth Kelly is next door to me on my left when unlocking my door, and Sherrie Levine is to my right. Next to Levine is Christopher Williams, and next to Kelly is Daniel Buren. To the right of Yvonne Rainer is Mark Manders, and to the left of Rainer is Robert Gober. Of course the building is big and on the rest of my floor is Richter, Magritte, Clyfford Still, Wolfgang Tillmans, Michael Borrëmans, Francis Alys, Steve McQueen and right off the elevator is Félix González-Torres. 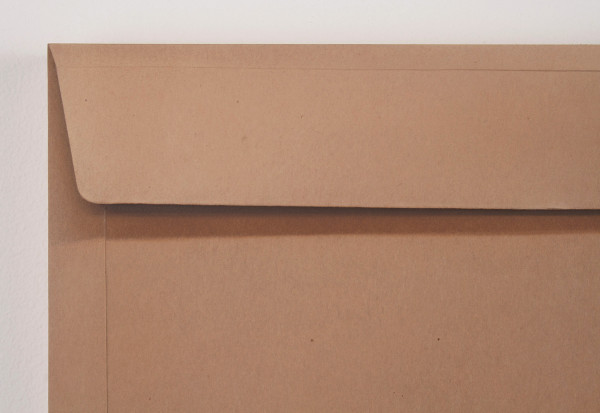 MM: Music: European Free-Improvisation…here are two excellent websites that I frequent on a regular basis and to whose music continues to be a mainstay in my studio:

MM: Slow, messy and very pre-planned. I spend a few months reading/researching and staring at an object in relation to a topic I am interested in. I then slowly move through every possible manifestation a painting/project could take until I land on one I think is the most generative and direct in relation to what I want to communicate. This is done through taking photographs, making sketches and provisional set-ups in my studio. Eventually I find a direction that works…sometimes in a few days and sometimes not until eight months later. Then I begin making the work. 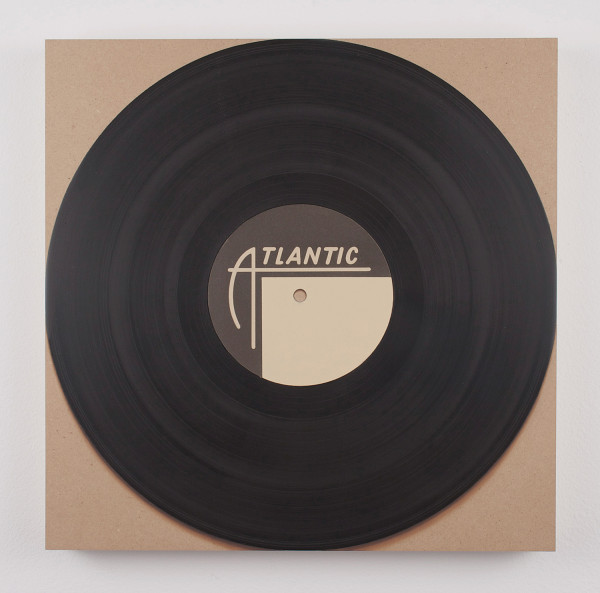 Record Single Side A

MM: I am interested in the correlation between Abstraction in painting and its dependency on the figure (the thinking, active and political body), both in regards to Abstraction’s polarized history from the performing body (circa 1970), which now I see to be Abstraction’s necessary subject.

MM: “Shine.” Its cinematography. The way it depicts weight, perspective (not in a formal sense) and time. 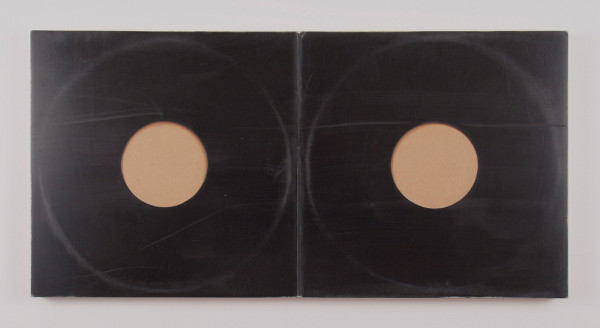 MM: Enormously! Discourse is nearly 90% of what directs, inspires, influences and generates my practice.

MM: I don’t have a favorite piece. I spend so much time with any given painting that by the time I complete it I am exhausted by it and I am ready to move on. However, I really enjoy the process of working through problems and seeing the outcomes. I can say that I am extremely excited to get started on what I have planned for my next project. 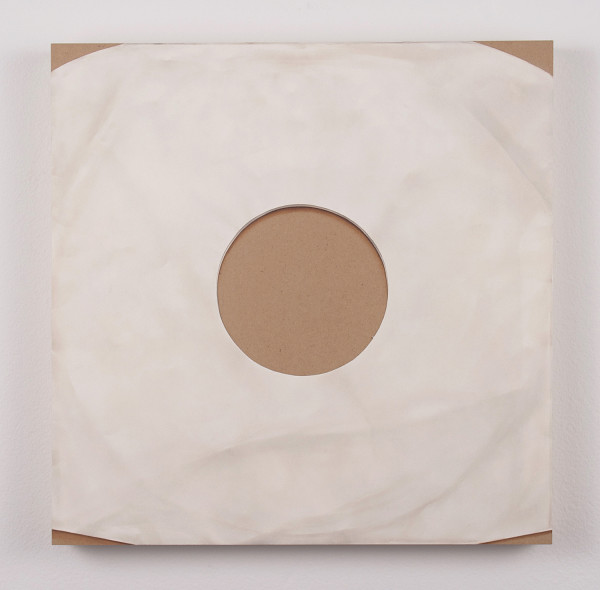 MM: I am going to keep this intentionally vague. A project centered on the relationship between Anthony Braxton, breathing and two black bookends, which will lead to an installation of both sound and painting, which further explores notions of an “end” as a beginning both for the body and Abstract painting.