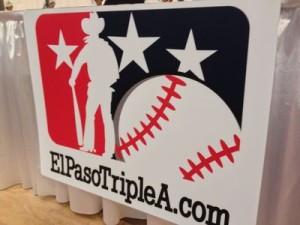 After a nationwide search, The City of El Paso has selected Ball-Nogues Studio of Los Angeles, Gaspar Enriquez of San Elizario, TX and Robert Davidoff of El Paso to design, fabricate, and install three artworks for its new %$50 million Triple-A Baseball Stadium. The art budget for the new projects is $850,000.

Gaspar Enriquez, a self described “Chicano Texas artist” was born and raised in the south side of El Paso. He makes acrylic, air-brushed portraits of people who interest him, from former students to celebrities. He taught at El Paso’s Bowie High School for 34 years; since his retirement from teaching,  he is restoring an ancient adobe building to studio spaces in the 400-year-old presidio of San Elizario in El Paso’s Mission Valley.

Robert Davidoff is described in the city’s press release as “a local artist with more than 30 years of experience working with various art mediums. Much of his work is in the form of large metal installations with themes ranging from classical to contemporary,” but information about him isn’t easily found on the web.