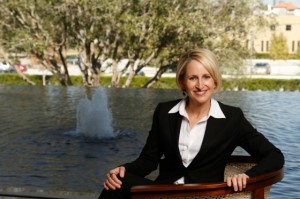 Asia Society Texas Center reports that Martha Blackwelder has announced her plans to step down as Executive Director after overseeing six years of expansion. Blackwelder will be leaving her post in March. The organization’s Board of Directors has appointed John Bradshaw Jr. as Acting Executive Director.

Under her leadership the center completed a $50 million capital campaign and built itself a 40,000 square foot cultural center designed by Yoshio Taniguchi in Houston’s Museum District that opened in April 2012. Over the past six years the organization’s annual operating budget rose from $600,000 to $4 million and its staff expanded from 7 to 26.

Blackwelder, a curator of Asian art, was recruited from the San Antonio Museum of Art where she completed a 15,000 square foot Asian Wing expansion project as well as the first publication on the museum’s Asian art collection entitled, At the Edge of the Sky: Asian Art in the Collection of the San Antonio Museum of Art in 2007. Blackwelder will remain as Art and Exhibitions Consultant for the Louisa Stude Sarofim Gallery at Asia Society Texas Center. She will continue her position as an Advisory Board member of the Asia Society Museum Advisory Committee at the Asia Society in New York.

Video Drive By: ‘Artists on Site’ at Asia...