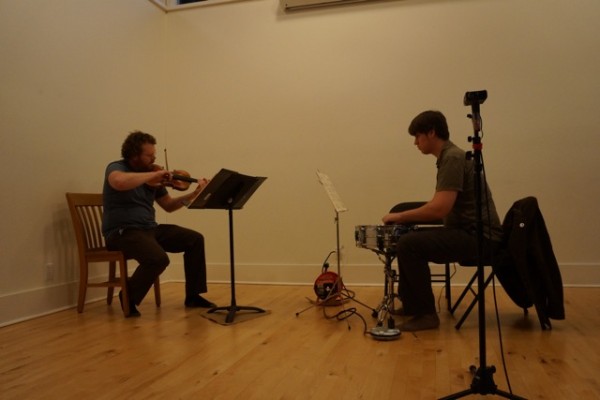 Last Saturday night I went to a private residence in Travis Heights to see the New Music Co-op‘s performance of Brent Fariss‘ Unitard, a piece that according to Fariss, “explores the minutiae between two disparate instruments (snare drum and violin) and observes what happens as they become a single unit.” Travis Weller was in charge of the violin while Nick Hennies was on the drum.

The work was highly restrained, closely examining the sound of the incidentals of the instruments (the wood of the violin, the horsehair of the bow, or the skin of the drum head) while shifting the audience’s awareness from the traditional expectations of rhythm and melody to texture. There was a continual emphasis on the tactile dimension to the music, inviting the audience to touch the sounds. A long rest was followed by Hennies pulling out the subtle timbres of the snare and luring us into the spaces inside the piece. Or Weller would create minor tones and drones with the violin. At odd intervals one player would pick up a straw and blow, creating a kind of pathetic, thin sound of breathing.

The piece felt like being in a room full of Robert Ryman’s white paintings—quiet, still, reflective. Ryman was exploring the support of the canvas, what made a painting a painting in its most reductive terms. In Unitard, Fariss approached a similar critique of sound, very slowly and quietly deconstructing the interplay between two instruments and their players.

Below are the notes for the piece and the score (click on the image for a larger view). 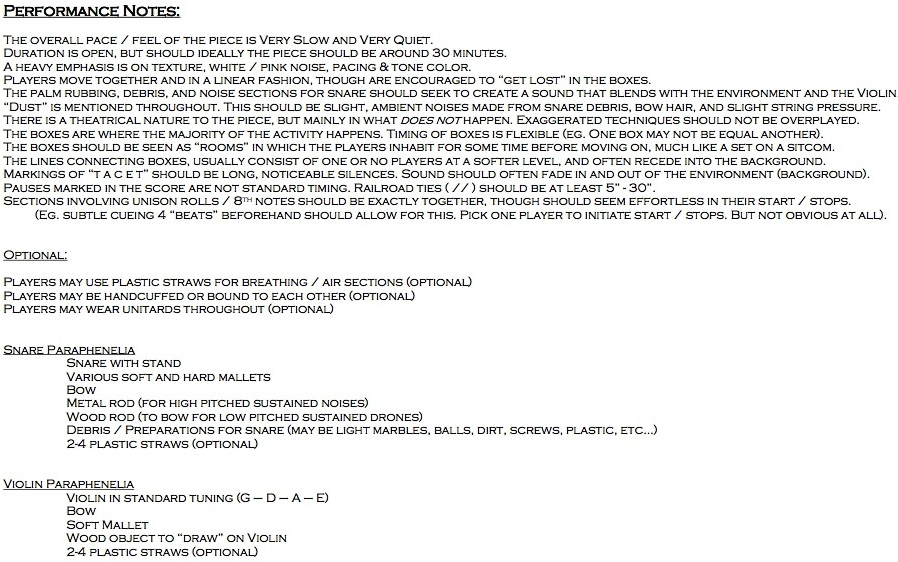 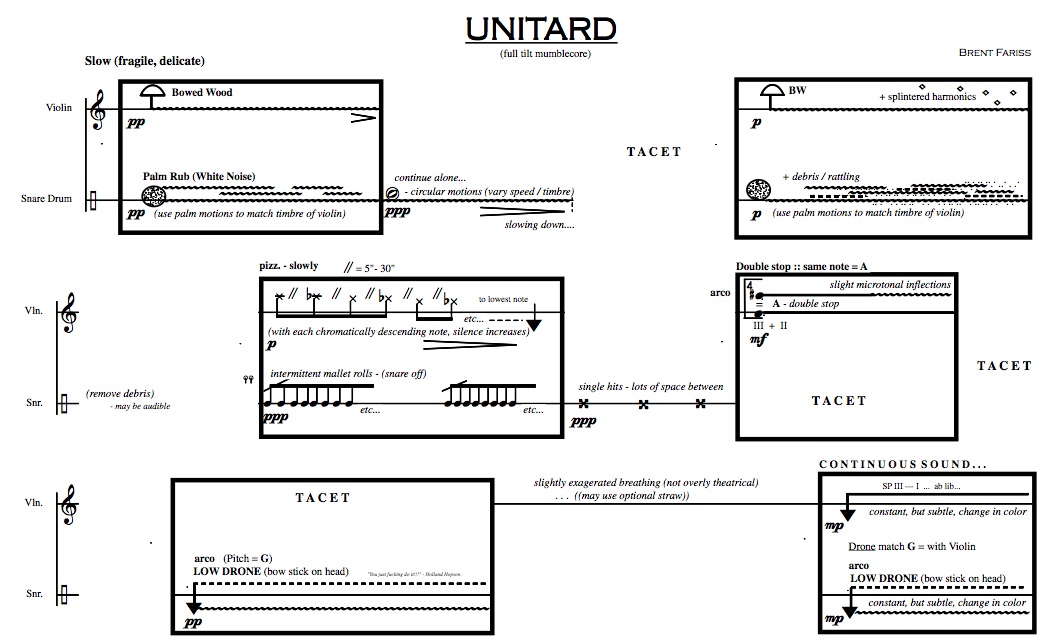 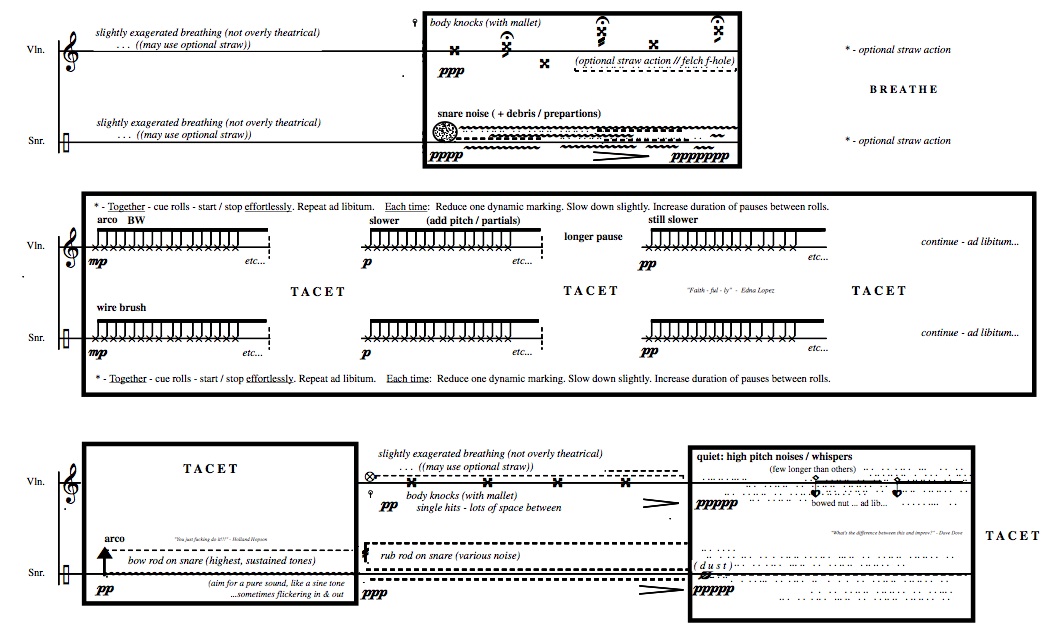 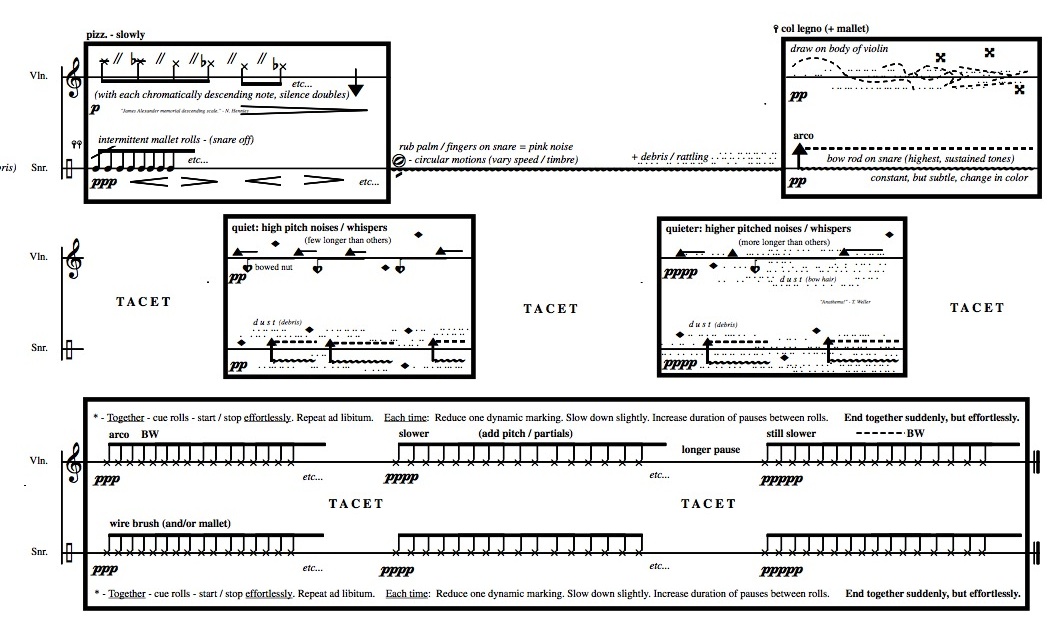