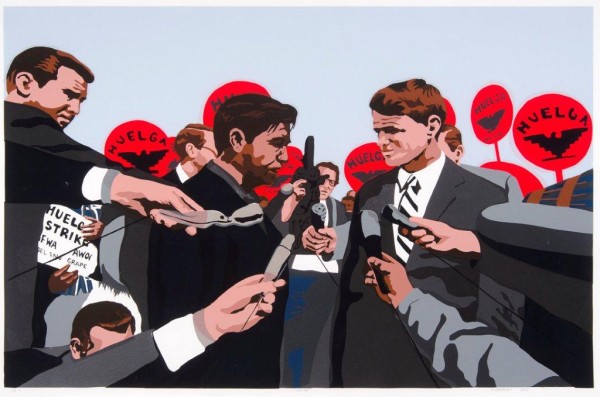 I have always had a difficult relationship with the Chicano movement. Because of my background and South Texas birthplace, I am expected to identify with the movement, but for reasons I can’t explain, I never really have. While I was born in South Texas, I was raised in the Austin “bubble,” and always felt removed from the Chicano struggle. I have absolute respect for its history and its place within U.S. history, the imagery and the players, but rarely have I seen an exhibition on the history of the Chicano movement and its images shown so objectively than in the (soon-to-close) exhibition Estampas de la Raza at the McNay Museum in San Antonio. 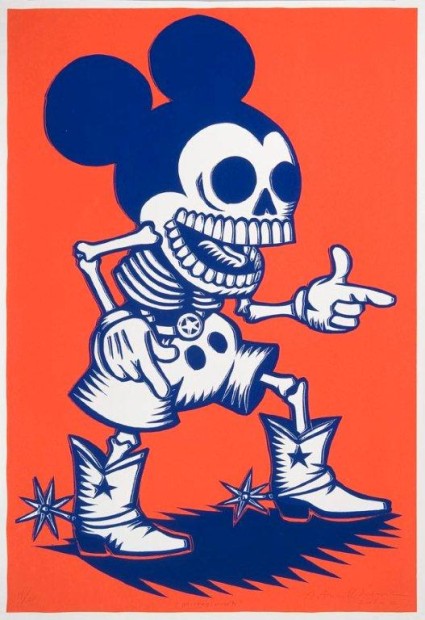 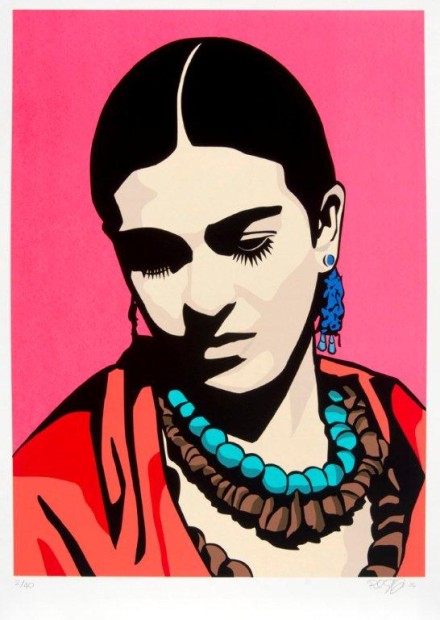 The exhibition is broken into five sections with acquisitions that are pulled from a recent gift by San Antonio collectors. Each section is meant to “focus on aspects of the Latino character in the United States,” and more specifically: identity, struggle, tradition, memory and culture, icons and other voices.* Overall, each section treats the work with the cultural sensitivity and humanity that the movement deserves, while also showing an objective and historical perspective on the multifaceted Chicano movement. From the beginning of the exhibition and throughout there is the sense that Chicano isn’t a homogenous movement, but rather a complicated one, rooted in a complicated history, geography and struggle.

It’s a great show, and it’s coming down this Sunday, January 27. Well done once again, McNay.

* From the McNay Museum didactic material