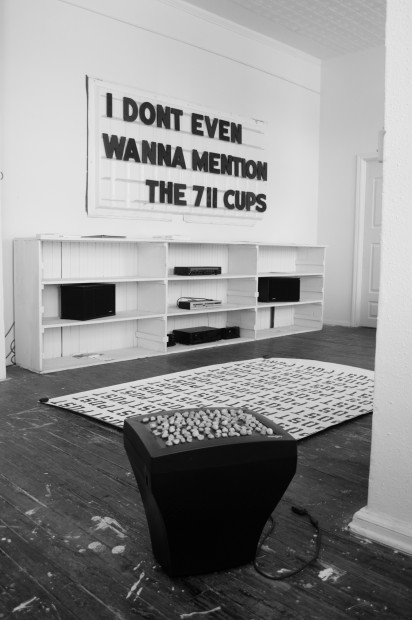 The Socialized Contemporary Artists Bureau (S.C.A.B.) sounds a bit bureaucratic, but this is part of the ironic mirror play and table turning that undergirds this group of artists. By 2012, all roads led to Dallas, with detours through Chicago, New York, Baltimore and Prague.

S.C.A.B. is an umbrella that shelters impishly named platforms for art and entertainment such as Homeland Security, the Irving Domestic Museum of Contemporary Art (IDMOCA) and Studio Don’t Fuck This Up (DTFU). These spaces just keep popping up, these exhibitions just keep coming, as one might expect of a budding asexual protozoan in the land of Serendip. 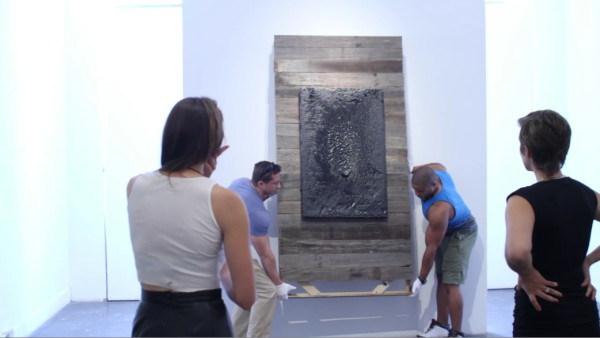 Sharing: A Manifesto, An Exhibition, Two Footnotes and An Amusement 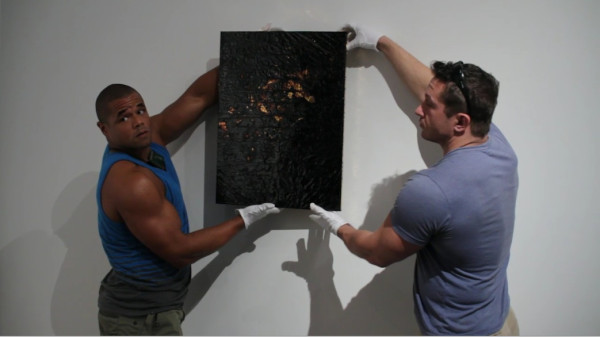 An Exhibition Considered; For Example, Beef.

This is a time of gatekeepers, according to the late, mercurial gallerist Colin DeLand.

In a time of gatekeepers, the artists of S.C.A.B. earnestly wish to live outside the gates of the city. This is apparent in the texture of their social matrix. But what of the artworks that issue from this sociality? Do these works also live outside the gates of the city? Do these works look like they are opting out of the system? (What “system?”) The same system, by the way, that cloaks itself in an elaborate and selective network of social, economic and aesthetic relations? Is this the same system that some regret exists in Dallas only in an immature and provincial form?

And here’s why: Beef takes a fluid sociality and materializes it. It makes exhibitions that are tending toward the inconvenient. It is an illusion that every one in S.C.A.B. is simply busy in their own corner thrashing out their own private Idahos. That’s an old school interpretation; an example of groupthink mapped onto the group show. There is the group exhibition, there is the familiar informality, satire, brutishness and callowness, but there is also the flickering self-reflexive video of the planning and installation of the group exhibition. These two components are mutually generative and mutually destabilizing. In this way, S.C.A.B. opens up the frontier of the white wide space so that it can become a civilized ecosystem of art and conversation. 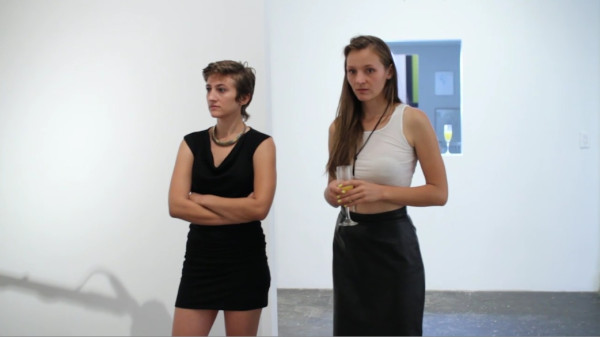 Ah, the restorative emptiness of the prairie! The celebrated limitless sky and plain that divides life to announce the possibility of anything by anyone or the impossibility of everything by all. This great gash of existence called Dallas is prodded, poked, mashed and revised. It shifts, just enough, to permit art and laughter and life to flow.

[i] Consider the relation between S.C.A.B.’s sociality and the work being done by its participants. Now that we find ourselves slouching towards the celebration of alternatives, the question of commonality is more compelling than ever.

4.  The future is brightly crowded! 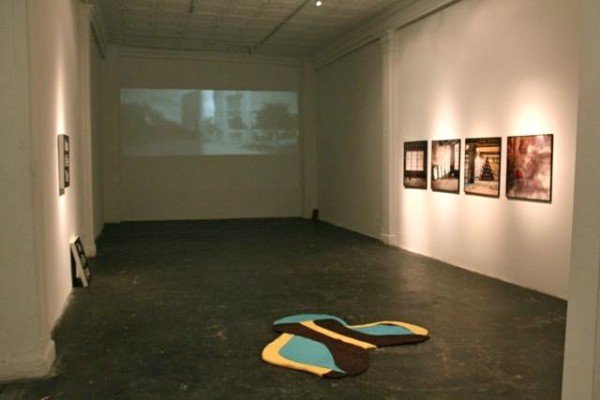 Michael Corris—an artist and writer on art—is professor and chair of the Division of Art, Meadows School of the Arts, SMU, Dallas. He is the editor of a new series on art since 1980 for Reaktion Books, London and has been commissioned to develop a new work for the 2013 Texas Biennial.

Many thanks to Michael & Glasstire!
The photo of Applefaces shows a sign installation by Devin Kenny, drawing by Joshua von Ammon, and sculpture by Alexander DiJulio.