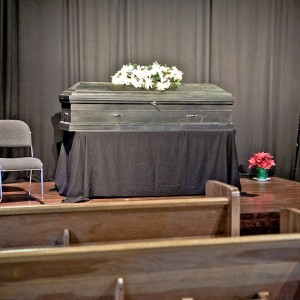 Houston artist Emily Sloan is inviting the public to start the new year right, with a Funeral Party on January 1! Although no actual deaths are involved, Sloan has included almost everything else in her participatory performance: an interactive funeral service (write a eulogy!), funeral pyre (bring your symbolic memorobilia!) improvised funeral music parade (bring an instrument!), and of course, eating (potluck!) and drinking. Those who feel awkward writing their own eulogies can come early for Sloan’s eulogy writing assistance at 6 p.m. The party begins at 7 p.m. at 14 Pews. Admission is $5-$10 to help defray funeral expenses.