Anderson Bids for Overpriced Leonardo, Reassessing Art of the Possible at DMA 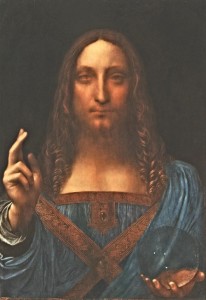 The Dallas Museum of Art has scraped together a sizable pile of money from donors and made what Director Maxwell Anderson calls “a very reasonable offer” for a painting which is estimated to be in the $200 million range, but Anderson’s quotes in D Magazine are full of breaking-it-gently phrases: “there are certain things you can’t control” and “you put together a war chest and you make an offer. And if it doesn’t work, it doesn’t work,” etc. It doesn’t help that a Raphael drawing just sold for a record $47 million at Sotheby’s, which is likely to push prices up.

Apparently, it’s some sort of test for Dallas: Anderson wants to find out if there’s enough mad money for something splashy like this Leonardo, which would make the DMA the holder of one of only two of the Renaissance master’s works in the US. More likely, the Leonardo is a stalking horse: bait that will flush cash out of the bushes that can them be re-targeted for more sensible, but less showy, acquisitions. Anderson said the attempt “raised the bar of what the art of the possible at the DMA should be.”

I wish they’d put that money into local artist acquisition, instead.

I am glad they are going to get it, Im sure they will. Money comes and goes and people contribute to charity all the time. Let them spend it however they wish. This is clearly not an unwise decision.

It would certainly be nice for Dallas to acquire such a rare and beautiful piece,although I’m sure there are other institutions vying for it. Especially with the DMA waiving their admission fees soon, more of the public could get a chance to become familiar with a treasure recently attributed
to Leonardo.

Here is a link to some thoughtful research about the Salvator Mundi: