Yesterday, a “press communiqué” from the Dallas Contemporary announced two new adjunct curators: Pedro Alonzo and Lilia Kudelia will joi  the org, helping to “enhance the institution’s mission of presenting regional, national and international projects by artists.” Each brings some of the lustre of exotic glam (and the professional publicty photos) that have become the DC’s signature. 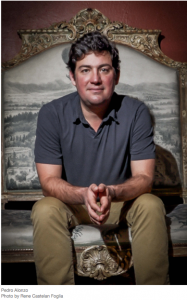 Pedro Alonzo is a freelance curator living in Boston. He received his Bachelor of Arts in Communications from the Instituto Technologico de Estudios Superiores de Monterrey in Mexico, and from 1996-2002 he was adjunct curator at the Insitute of Visuals Arts in Milwaukee and guest curator at Estacion Tijuana in Mexico. Alonzo has developed projects and exhibitions with contemporary artists such as Miguel Calderon, Quisqueya Enriquez, Rineka Dijkstra, FAILE, Meshac Gaba, Rivane Neuenschwander, Inigo Manglano-Ovalle, Chuck Ramirez, Paula Santiago, Dan Graham and Marcos Ramirez “Erre.” Most recently he curated major exhibitions for Shepard Fairey, Dr. Lakra, SWOON, Dzine, JR and Os Gemeos. 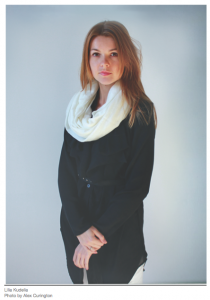 Lilia Kudelia is an independent curator and writer with interests in new media, technology, and Ukranian contemporary art. Kudelia holds a Bachelor of Arts in Cultural Studies and Public Relations from National University, ‘Kyiv- Mohyla Academy’ in Ukraine. She was a visiting scholar at the University of Toronto’s Centre for European, Russian, and Eastern Studies, where she researched the artwork of Ukranian-Canadian painter, William Kurelek. As Chair of External Relations at Ukrainian art space Art Arsenal in Kyiv, she supervised the installation and development of Art-Kyiv Contemporary 2011 and Independent: Ukranian Art 1991-2011. Kudelia is also a contributing writer to Art Ukraine Magazine, where she was editor of “ArtGlobus,” a section on international arts news.