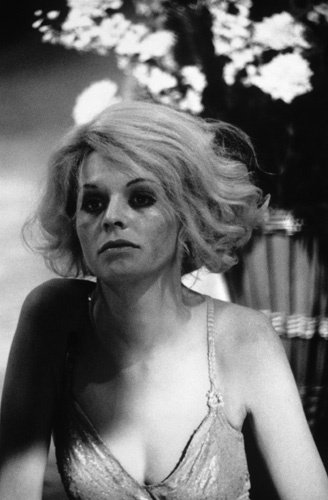 Museums often have a lot of turn-over in the curatorial department and certainly the Blanton is no exception. However,  I have recently begun to wonder how art museums currently view the role of the curator. It was, after all, not that long ago that Arthouse dismissed its curator, Elizabeth Dunbar supposedly due to budgetary problems. At the time the institution stated that it would not hire another curator but, instead, relied on its “junior curators” and then director Sue Graze to sustain its programming (with the joining of Arthouse and AMOA, curators are now firmly in place). The Visual Arts Center on the UT campus is also without a curator, employing graduate students, faculty, and independent curators (myself included) to curate exhibitions (surely a more financially adventitious plan than a full-time hire). And just this month the Museum of Latin American Art in Long Beach, California laid off its chief curator citing, again, budgetary problems. Is this sequence of events simply due to the recession? Possibly. But even so, it signals a trend that leads to an even larger question: Just how important are curators to institutions?

As a curator just out of a PhD program and looking for a job, this question feels particularly pertinent. Is it possible that the role of the curator is becoming obsolete? When a museum must tighten its belt, are curators the first to go? If so, it is to the detriment of not only the institution but also, I feel, of the very practice of art.

We must remember that museums are not businesses. Art is not a commodity with a “use value” or an “exchange value.” This is what makes art so crucial to culture. In fact, it was Adorno who argued that it was against a business ethic that art emerged, developing “in the loopholes of poverty and isolation, as counter-balance against the business culture which tends to cover the whole world.”

Curators are the people who guide institutions, they are the ones who protect and grow a collection. We hire curators because they have a particular vision and they are able to create a context for that vision. Great curators like Alanna Heiss and Lynn Cooke and Lucy Lippard and Hamza Walker contribute to our understanding of art of our time and through history. Curators are culture makers, and as such, I can’t help but feel that they are necessary. I’m so glad the Blanton agrees.

Editor’s note: We received the following statement/clarification from the Blanton.

“Annette DiMeo Carlozzi has overseen numerous Blanton exhibitions since her transition to Deputy Director of Art and Programs in 2010, and continues to develop projects in her new role as Curator at Large — including the upcoming Through the Eyes of Texas: Masterworks from Alumni Collections, scheduled for spring 2013. Last June, Francesca Consagra, a distinguished leader in her field, joined the Blanton as senior curator of prints, drawings and European paintings, and Colette Crossman was promoted to curator of exhibitions. A search for a curator of Latin American art is currently underway.

In addition to supporting the many projects organized by its talented curatorial staff, the Blanton has a long history of working with distinguished local and national guest-curators, and takes pride in helping to prepare the next generation through a graduate internship program that pairs UT students with curators.”

is it logical for one person to handle all planned shows, i think there should be a senior or executive curator but each show should be developed by an other curator -guest etc -to eliminate one plane/style thinking

I’ve heard Dave Hickey say that the idea that a curator would stay in one job for longer than 5 years would have been unthinkable in the old days. Job security didn’t exist, and one lived and died by one’s successes or failures. His point was that long-time curators, like long-time directors, can get more conservative (let’s just pick a winner that has been well-received elsewhere so our institution looks cool) or stuck (what’s wrong with only doing solo shows of 20th century painters?) — a situation which doesn’t benefit the curator or the place where they curate.

Obsolete, no. Overpaid, yes.
I completely agree with Rainey’s Dave Hickey quote, and I agree with an aggressive push for guest curation for the sake of differentiation. I can not get behind the idea of curators driving Maseratis. The threat of job insecurity makes for better work in any capacity, especially from artists and critics. What needs to be addressed is the evolution of the role of the curator, not the institutional job prospects of an education in “curatorial studies”–whatever that is.

Chad, I was with you until “The threat of job insecurity makes for better work in any capacity”. I doubt that the research would bear that out, and personal experiences certainly does not. I do think that the idea of a “career” in the arts has been noxious on all possible levels. Maybe it’s just semantics.

In case you are curious what the salaries are at the Blanton: http://www.texastribune.org/library/data/government-employee-salaries/the-university-of-texas-at-austin/departments/jack-s-blanton-museum-of-art/17776/

So, Carlozzi is pulling in $135,000. Done. But links abound!
Here’s a recent one:
http://performancebiz.com/news/journalists-named-guest-curators
This follows slowly on the heels of a Yale-educated, Guggenheim-trained curator’s take on the subject:
http://pastexhibitions.guggenheim.org/motorcycle/index.html
Take heart, young curators! That Bard degree is worth something ($$$)–just take a look: http://www.closetcurator.com/
Get “techie with it”
http://curationsoft.com/the-internet-is-full-infographic/
Rest assured, curators are the gate keepers of the hopes and dreams of every artist and the foil of every one of us in the “courtier class” of criticism (Hickey). What I want to hear about is a new form of curation. What are curators doing to compete within their own habitat?
Are curators really dumb enough to be the last ones to acknowledge their own evolution?

I completely disagree with Chad’s (via Hickey’s) glib commentary – that curators are cash-bloated, overly-comfortable, over-educated Maserati-driving ding dongs. And let’s keep it real in this time-o’-recession, job insecurity is job insecurity; keeping someone on their toes because they might not see the next paycheck vaunts the worst of cut-throat corporate culture (your question about what curators are doing to “compete” reeks of the same set of Values,Inc.). And not to fear – there are still loads of independent, itinerant curators… just look at who wrote this article! Katie was successful as a curator at The Ulrich, and so she’s hardly an inexperienced player in this game. Yet, her questions are pertinent, and it’s worth thinking about the broader implications of the programmatic dismissal of curators. Read that third paragraph again, and you’ll get a snapshot of what I might hazard to guess is the majority of the curatorial class… and telling such folks, with a link, that their skills and their passions are only good for curating their closet is fucking vile.

In flattening out this set of issues down to whether or not someone earns three-figures, we might overlook some of the bright spots (places where curators are evolving): How about CAMH’s Valerie Oliver? Her bangin’ Alvin Baltrop retrospective and current Radical Presence are some of the best shows I’ve seen in recent memory. She’s someone I’d like to see working 20 years down the line – at the same institution! I, for one, hope she gets paid well for her work. And mounting exhibitions is only part of what a curator like Valerie Oliver does.

But you know… lets follow your plan… keep ’em impoverished, keep ’em unsure of whether they’ve got a job, and MAGICALLY great work will come pouring forth. What a gem you are.

OH, thank goodness. I initially became concerned when the Blanton was without a head curator, and grew even more anxious when they failed to appoint a new one. The news that they have returned to the guidance of the curatorial persona is incredibly relieving. After all, if there is no one employed there in the position of judgement, who is to be let in? The Blanton might have slowly emptied of works, artists waiting in vain to be selected for a show, a retrospective, anything. Who will be paid to notice them?

Hurrah, that’s what I was seeking for, what a information! existing here at this website, thanks admin of this website.