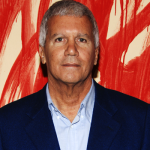 The New York Times reports that in a recent lawsuit mega-dealer Larry Gagosian revealed that he frequently represented both the seller and buyer in multimillion dollar art deals without disclosing his double-agent status to either party. The dispute arose over the sale of a Roy Lichtenstein painting: collector Jan Cowles claims that Gagosian sold the painting without authorization, AND that he let it go too cheaply, to another of his clients, for $2 million, pocketing a $1 million commission for himself on the deal.

Documents made public by the case include a sales pitch offering the Lichtenstein to collector Thompson Dean, a managing partner of a private equity firm, as a bargain: “Seller now in terrible straits and needs cash,” said one e-mail to Mr. Dean from the gallery. “Are you interested in making a cruel and offensive offer? Come on, want to try?”

In defense, Gagosian claims that the painting was offered for consignment by art dealer Charles Cowles, Mrs. Cowles son, who was in financial straits and lied about his permission to sell his mother’s painting. Things can get mixed up when you’ve got eleven galleries in different cities across the globe- last May, British collector Robert Wylde sued Gagosian for selling him another of Jan Cowles paintings, The Innocent Eye Test by Mark Tansey, again via Charles Cowles. Gagosian and Cowles overlooked the fact that the Metroplitan Museum of Art was a part owner of the work. The Met sued Wylde to get their painting back, Wylde sued Gagosian, and so it goes . . .