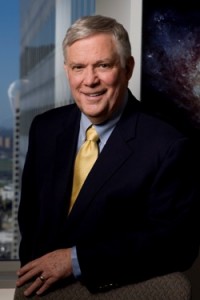 Tom Luce,the lawyer asked by Dallas Mayor Mike Rawlings to act as mediator between the Nasher Sculpture Center and the Museum tower in their tug of was over the ongoing glare problem, has resigned after public remarks made Tuesday October 23 by representatives of the Dallas Fire & Police Pension System, dismissing a  suggested “louver” solution to the Museum Tower’s reflected glare, and breaking an agreed upon period of media silence as the issue was negotiated. The Dallas Morning News interviewed Rawlings on what’s next, and why it’s important to the city to find a solution, without “trying to figure out who shot who in this thing.”