Schedule for the Lawndale/Glasstire Barfly Series at TX Contemporary Fair! 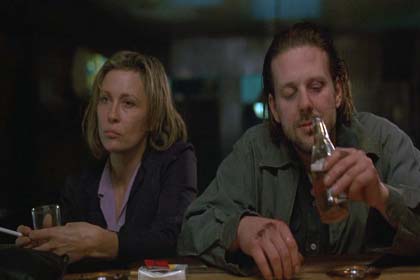 In conjunction with the fabulous Lawndale Art Center, Glasstire presents the Lawndale/Glasstire Barfly series at the Texas Contemporary Art Fair.  The Barfly series brings together interesting people from the arts and a variety of other fields to hang out at the Glasstire Gulf Coast Dive Bar. (Designed and built by Bill Davenport!) No panel discussions, no lectures, just some of our favorite Houstonians chatting about topics of their choosing with anyone who drops by. Barflies will be on their stools for 30-minute sessions from 2-4 on the three days of the fair. Join us! Schedule and ad hoc bios below…

Christine Jelson West is the Executive Director of Lawndale Art Center and was previously the Executive Director of the Galveston Arts Center. West has a long history in non-profit arts administration, having worked with the Orange Show Center for Visionary Art, Fresh Arts Coalition, and with Glasstire. West also writes about art and is a practicing artist. Her reviews have been published in Artlies journal and Arts Houston magazine and her collages are shown at Hello-Lucky in Houston.

Seth Mittag is a former Lawndale Studio Program artist and the subject of a Glasstire video profile. Mittag worked in New York creating stop motion animation for clients like Nickelodeon, MoveOn.org and The Ad Council. Now he creates sculptural tableaux and animations for his own work. (And he just won and Artadia grant!)

Sasha Dela is a former Glassell Core Fellow and co-founder and co-director of the artist-run space Skydive. (The original location was in a decrepit mid-rise Montrose office building.) She is also Houston Regional Editor for the Temporary Art Review. Her most recent exhibition was The Emotional Life of a Spy at the Art League Houston.

Nancy Douthey, is currently in the Lawndale Artist Studio Program and received an MFA in Interdisciplinary Practice and Emerging Forms from University of Houston in 2010. She recently performed in the 2012 Lone Star Explosion, InsideOut, as an artist in residence at The Atlantic Center for the Arts, New Smyrna Beach, FL and in Low Lives 2, an international festival curated by Jorge Rojas. She received the Liz Alexander Visual Arts Award from the Houston Arts Alliance in 2011. She is co-director of  Skydive.

James Ciosek was taught to weld at age 11 by his grandfather. He has blacksmithing certificate from the Artist Blacksmith’s Association of North America, and a B.S. in Mass Media from New York University. He creates sculptural work and award-winning Art Cars. He will be discussing his Human Hamster Wheel project.

Diane Barber is an Independent Curator with more than 20 years of experience in the Visual Arts. Projects include major exhibitions with an international roster of artists presented in arts organizations, galleries, universities, schools, and other public institutions. Prior to working independently, Barber served as Co-Director/Visual Arts Curator for DiverseWorks ArtSpace and Exhibitions/Publications Coordinator for FotoFest International. She is past board president of the National Association of Artist Organizations and a founding member of the Independent Arts Collaborative, a Houston-based organization working to develop a multi-tenant arts complex in Houston’s urban core. She’s also great to talk politics with.

Kim Davenport, director of Rice Gallery, has been bringing stunning, site-specific installations to Houston audiences for more than 15 years. Under her directorship the gallery has shown the likes of  Judy Pfaff, Yayoi Kusama, El Anatsui, Jessica Stockholder and Joe Shapiro (whose installation of brightly colored suspended forms pushed the envelope of the septuagenarian artist’s work.) The gallery has also sussed out and showcased young and emerging artists like Tara Donovan, Ball-Nogues Studio, Phoebe Washburn and Henrique Oliveira. Rice’s most recent find was Ana Serrano. As they have done with many young artists, Rice Gallery gave her the technical and financial support to realize her first large-scale installation, Salon of Beauty.

Joshua Fischer works as the assistant curator at Rice University Art Gallery, where he’s curated installations by Andrea Dezsö, Ana Serrano, and Yasuaki Onishi. He graduated from Trinity University where he double majored in Studio Art and Sociology. He then received an M.A. in American Studies from the University of Texas at Austin. Fischer is a Glasstire contributor and is a member of the Lawndale board of directors. Ask him about the Rice Gallery IPad app.

Ed Cooper is an art collector, financial adviser and Glasstire board member as well as on the board of Box 13 Art Space. He has previously served on the board of the Houston Center for Photography, DiverseWorks, and Lawndale Art Center.  He has more art in his house than he can hang.

Nancy Douthey, is currently in the Lawndale Artist Studio Program and received an MFA in Interdisciplinary Practice and Emerging Forms from University of Houston in 2010. She recently performed in the 2012 Lone Star Explosion, InsideOut, as an artist in residence at The Atlantic Center for the Arts, New Smyrna Beach, FL and in Low Lives 2, an international festival curated by Jorge Rojas. She received the Liz Alexander Visual Arts Award from the Houston Arts Alliance in 2011. She is co-director of  Skydive.

David McGee is a painter with old-master skills and contemporary subject matter. He has works in the collection of The Menil Collection; Museum of Fine Arts Houston; Rhode Island School of Design Museum, Addison Gallery; Dallas Museum of Art; and Harvard University Museums. He’s also been known to call in to right-wing talk shows and debate the host.

Tierney Malone is an artist, musicologist and historian. Calling himself a “modern day sign painter for hire,” Malone’s paintings mine the imagery of jazz album covers and book covers to create works both poetic and political. Malone’s creative output also includes DJing, hosting a radio show and chronicling Houston’s Third Ward. He created a Third Ward is My Harlem video remix for Glasstire.

Joe Parani is an instructor in the space flight training division of NASA’s Johnson Space Center. He also plays a mean theremin. He is a frequent collaborator and performer in the musical productions of his wife, classical pianist Dr. Loreta Kovacic.

John Nova Lomax is staff writer at the Houston Press. He has covered Houston’s music scene, its bar scene and its terrain by walking the 16 plus miles of Westheimer Road. He is the author of Houston’s Best Dive Bars: Drinking and Diving in the Bayou City. Lomax is the great nephew of Alan Lomax, the American music folklorist and musicologist. In case you didn’t hear it, the story of Lomax’s police stop a few years back was surreal enough to make “This American Life.”

Domokos Benczédi is a Houston-based artist/musician and currently in the Lawndale Artist Studio Program. He has been a mainstay in the acts Future Blondes and Rusted Shut for the last 15 years.  He has also played in and recorded with the Indian Jewelry, Helios Creed / Chrome, Black Leather Jesus, Church of Cloned Beef, Snake People and many other underground sonic manipulators.

Clint Willour is the curator and former director of the Galveston Art Center has been an art professional for 35 years. He is active on boards of numerous arts organizations in Texas and has served as a juror for over sixty competitions in his career. Willour curates 24 exhibitions per year in Galveston and serves regularly as a guest curator for institutions throughout the state of Texas and beyond. A “Meeting Place” reviewer at every FotoFest, Willour has reviewed portfolios from Houston, Texas to Beijing, China. He was named Best Art Guru by the Houston Press in 2007. The portfolio tips he wrote for Glasstire are the stuff of legend.

Patrick Turk is a current Lawndale Studio Program artist. His mind-bending, baroque artistic approach has earned him acclaim, awards and press coverage of his work.  He has had individual shows at the Art League, Koelsch Gallery and Art Storm; his recent Time Travel Research Institute artworks were prominently featured at the inaugural Texas Contemporary Art Fair.  Turk has a solid record of participation in the Houston arts community, coordinating a weekly gathering of art-makers in his home and steadfastly supporting the local arts scene.

Harvey Bott is a Houston artist and a guy with a life story worthy of fiction. He built a hot rod and drag raced at Bonneville Flats as a teenager. He also had is first exhibition there in the bus station bathroom, drawings of classical nudes holding auto parts. Bott did Stella-esque work before Stella (as a show of his early work revealed). He worked in U.S. counter-intelligence in postwar Germany doing stuff he won’t talk about and won a German art prize while there. He was an Employment Counselor at John Robert Powers Modeling Studios. He joined the police force in San Antonio to facilitate his master’s thesis on incarcerated prostitutes. He interned as a first-draft speechwriter for Hubert Humphrey…you’ll have to ask him about the rest.

Michael Bise’s narrative drawings explore personal and family history with a dark humor. He is a Glasstire contributor, writing fearless reviews and essays. The recent recipient of a successful heart transplant, he created “Life on the List” for Glasstire, an autobiographical comic about life on the heart transplant list. He was also the subject of a Glasstire profile.

Dennis Nance is an artist and Lawndale Art Center’s exhibitions and programming director. Nance has worked  with the Museum of Fine Arts, Houston, the Contemporary Arts Museum Houston, Blaffer Gallery, Rice Gallery and Houston Center for Photography.  Nance was a member and served on the board of BOX 13 Artspace from 2010-2011, an artist run nonprofit. Nance spent three years working in Gifu, Japan as an Assistant Language Teacher  Prior to joining the Lawndale staff Nance served as Cultural Affairs Liaison for the Information and Cultural Affairs Section at the Consulate-General of Japan at Houston.  He also makes amazing sculptures and costumes.

Domokos Benczédi is a Houston-based artist/musician and currently in the Lawndale Artist Studio Program. He has been a mainstay in the acts Future Blondes and Rusted Shut for the last 15 years.  He has also played in and recorded with the Indian Jewelry, Helios Creed / Chrome, Black Leather Jesus, Church of Cloned Beef, Snake People and many other underground sonic manipulators.