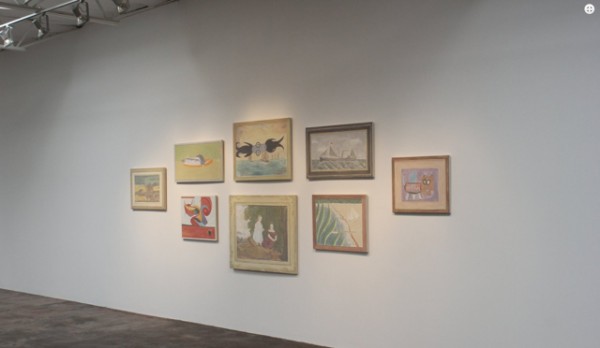 Francesca Fuchs just blew my mind. It was a low key Friday afternoon, I was back in Texas for the first time since my move from Houston to Los Angeles. I was driving my rental car through Dallas, past sites that hold memories as varied as high school make-out sessions to the suburban gastroenterologist’s office I drank barium in order to find out, after years of unidentifiable pain, I was blessed with the beautiful bloody disease known as Ulcerative Colitis. Hell, I even passed the place I got chased away by security when I was sixteen because I was trying to give Billy Corgan of the Smashing Pumpkins a painting I made for him of a anatomical heart. I thought I was in love with him, was certainly in love with his hair, and was positive he would love me back if only he could see this painting, witness my gifts. We never hooked up. Back to the matter at hand, I was on my way to Talley Dunn Gallery, my Dallas gallery, for a meeting.

Meredith, the gallery’s startlingly beautiful gallery associate (I guarantee she’s been given plenty of heart paintings if you know what I mean), walked me through the offices, talking about various matters at hand. We turned the corner into the main gallery holding Fuchs’s exhibition, and my mouth immediately dropped. Eyes widened, heart swelled. I was so immediately taken that I asked Meredith to leave me alone. She kindly exited the gallery so I could steep. 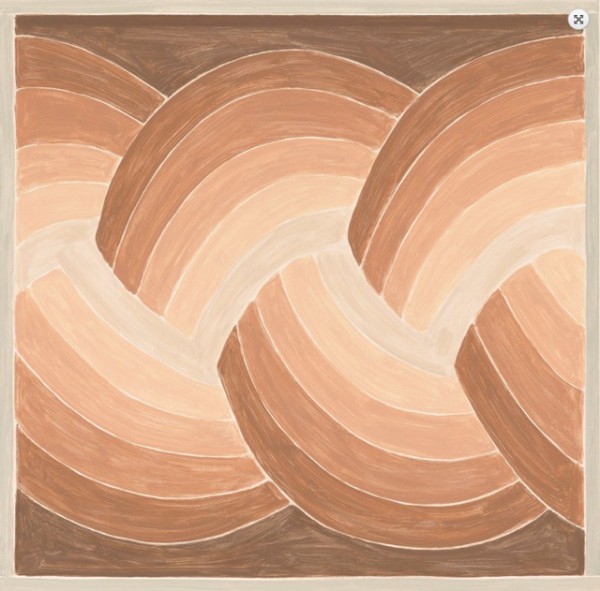 The main gallery is enormous. Possibly the largest gallery space I have ever seen, certainly the largest I’ve personally ever tackled. It can be daunting for an artist to know how to “fill” the space. Throughout the years, I’ve seen artists deal with this difficult task in various ways. That being said, every artist treats the challenge as some sort of trial. As in, “I’ve never done this, but always wanted to do it, so I’ll do it now.” For Fuchs, she decided to do the most unorthodox thing imaginable given this daunting situation. She made unassuming small works. ALL small works. Fuchs is known for her large-scale paintings, so this came as a total surprise. It was part of why I had physical reactions at first glance. It takes serious balls to manage this space with small, subdued paintings. Utter confidence.

The title of the show is “Paintings of Paintings”, and the exhibition is exactly what the title suggests. These are all images of pieces that have hung on the walls of either Francesca’s parents’ home or her own. The pieces she’s lived with for years, whether it be a framed architectural drawing of an office building, a pastel watercolor of a flower clearly hanging in some mom’s bathroom and framed in the worst of ways including the ever-horrific country blue-purple mat board border, or a oddly composed and gorgeous Mark Flood painting. She even includes the frame as she paints these perplexing summaries of the originals. 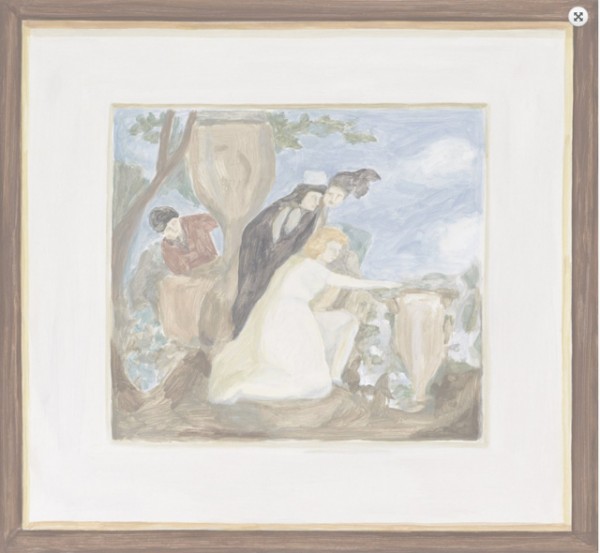 The painting technique isn’t what I was used to with her work either. These are watered down acrylic and utilize a brave loose brushwork. Gone are the days of her hard-edged pastel works that were reminiscent of Gary Hume and a paint-by-number. Those, though very good, were a bit impenetrable. Some even stale. Fuchs’s warrior hand has now materialized, and it’s one that is wiser than most painters working today.

Fuchs is tapping into something so common and relateable that it seems almost shocking. It gives you the same feeling you would get upon discovering a neighbor has been secretly videotaping you as you slept every night of your life. It’s close and it’s personal. Painfully familiar.

Since Fuchs’s images range from high art to a dull snapshot of a man at a desk, they are reminiscent of the way most of us art-involved folk live. And remind us that the way we live, including various odds and ends from all periods of our lives, equals the playing field between “high” and “low.” These (our) images stare at us daily from the walls, from the refrigerator, from the bathroom as we do god-knows-what. There’s life in these things, and for Fuchs to put a microscope on this point is beautiful and necessary. I’ve been to plenty of collector’s homes, and even those fortunate enough to have walls filled with Alex Katz prints and Philip Guston paintings also have finger paintings done by grandchildren named Rex. They proudly display pinch pots they themselves made in kindergarten or party pics in ugly frames half-forgotten and dusty on bookcases. None of us are immune. These clashing image archives penetrate even the most snobbish of the style-conscious. 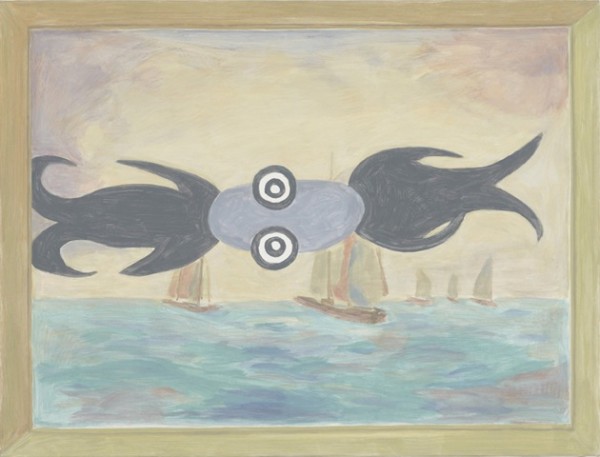 The thing is, what Fuchs is doing is so obvious. To mine the wells of visual imagery that has affected one’s life is almost how one could describe the job of an artist. At least those of us artists who still do the unthinkable–MAKE IMAGES. And although it is obvious, the way she’s doing it is ingenious. And unexpected. She’s showing us what we actually view, day in, day out. And she’s doing it without explanation. There are no additives here, there’s certainly no flash. It is what it is.

Fuchs has always been good at genericizing and making simple. A touching painting, Framed Painting: Flying Cat, is a rendering of what appears to be one of her children’s crayon drawings. The first painting one sees walking into the space is Framed Print: Yellow Flower. It’s a painting of a yellow flower. No stranger to floral renderings, in 2004 Fuchs exhibited a solo endeavor centered on the theme of daisies. Previous to that, an installation of tulips. Which was simply a bunch of tulips painted on the wall of a museum using only two colors. Dull colors at that. This directness should be admired. It reminds me of the thrill I get when I see a Mexican restaurant called “Taco”, or an office supply store called “Office Supply Store.” These frank offerings all feel as tender as a simple handshake. 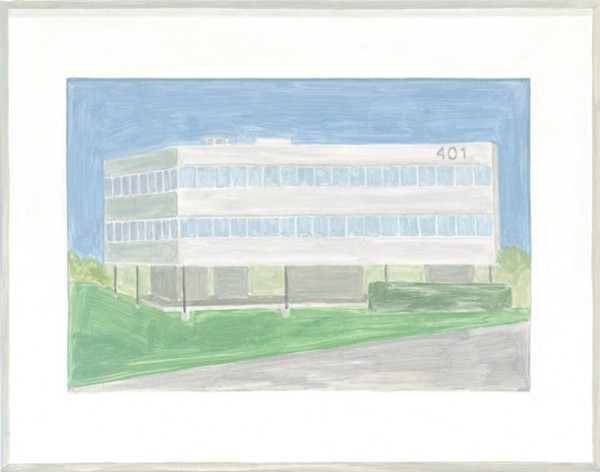 Fuchs’s paintings are all poignant abbreviations, lending themselves to the constant throbs of MEMORY. The haziness of her paint is so soft it’s almost feeble. This distance she creates is certainly somber, that of a sentimental longing. Fuchs’s main concern idea-wise has always been family and home. I first saw her work in 2001 with a series of paintings called Family Portraits, which again were exactly what the title says they were. After that series, and after having two children, she made alarmingly gargantuan paintings of babies nursing from their mother’s breast, these being heartwarming, funny, and frightening. But “Paintings of Paintings” finally hits the nail on the head. This series is both highly conceptual and dichotomously not at all conceptual. It’s a weird experience to be in this gallery. It’s smart and dumb, pretty and ugly, eerie and comfortable. All in the most staggering way. I don’t believe I’ve ever liked a gallery show this much.

After returning home from Texas and all its wonders and confusions, I was explaining the Fuchs shows to my husband. At The Olive Garden. The creepy adolescent waitress Alex approached with that salad that is insanely good no matter what you say, and I suddenly noticed the oversized framed sepia toned photograph we’d been sitting near. It was of an attractive couple, laughing really hard while eating spaghetti. Behind them, an ancient Italian waiter lurks waiting to either refill some Chianti or axe the duo. It occurred to me that even this would make a great Fuchs painting. And then I wondered if any image WOULDN’T make a great Fuchs painting. Looking around even further at The Olive Garden, it registered that if I showed every single person in this restaurant images of Francesca’s show, every last one of them would be induced by a memory, they’d easily be able to pick a favorite, and they would all want to own at least one. And the truth is, I can’t imagine anywhere on this Earth I could go where the situation wouldn’t be the same. There’s a sailboat, a bull, a ship, balloons, sexy abstractions, a guy at a desk (already mentioned him; I love him), two goofy fish hugging on a platter, girls posing, and a damn barn. I mean, if you don’t like one of these things, I’m not so sure I want to be acquainted with you. Fuchs is making a formidable mark, and all of us should pay attention.

Robyn O’Neil is an artist living and working in  Los Angeles.

For Your Bookshelf: A Roundup of Recently Published...

Looking Back on 2022: a Conversation with Francesca...

Yes. Meredith is hot. Glasstire should follow the alt-media lead and do a “most beautiful gallery assistants.” Also Laura at Marty Walker.

If there’s going to be a competition for hottest gallery directors, the top of the list has GOT to be Patrick Reynolds at Inman Gallery.

But if we’re talking paintings, this review of Francesca’s show is spot on. They are incredible paintings and I’m sure it’s a magnificent show. When is it coming to Houston?!!

ditto that…Patrick Reynolds is hot…and a nice guy, further adding to his hotness.