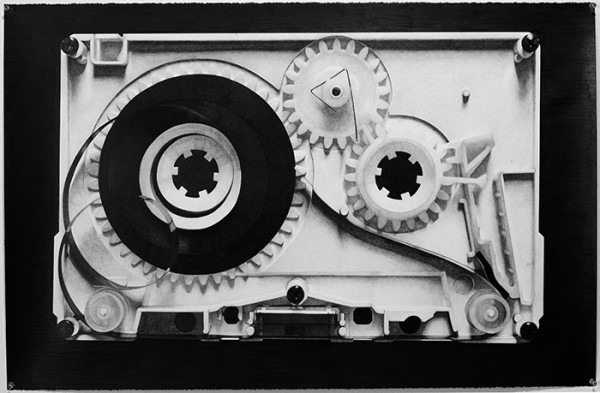 After a two-year stint in New York and Nebraska, Eric Zimmerman returns to Texas with the multi-site project Endless Disharmony & Telltale Ashes at Art Palace in Houston, The Reading Room in Dallas and online at endlessdisharmony.tumblr.com. His fragmentary integration of myths and systems of understanding with his exquisite drawing technique makes for an engrossing project in terms of both form and content. For example, Evidence (There I Was) pairs two small drawings in a black wood frame—one of a postcard of a natural tunnel in Yellowstone and the other a generalized geologic map of Utah. The drawings are full of beautiful details, from sharp edges and gradated shadows on every single rock in the mountain to faint names of Utah’s regions in miniscule script. The edges of the postcard and creases in the map appear to cast light shadows on the white background, as if they were worn pieces of paper resting on the sheet on which they are drawn. The effect is such that, after getting totally lost in the details of the scene, the trompe l’oeil edges of the found images pull one back to the space of the gallery and the actual shadows cast by the frame around the drawings. In other words, Zimmerman’s technique pushes one toward total absorption in the reality of what is being drawn before he snaps one back into the realization that the entire aesthetic experience he created was always already just an illusion. 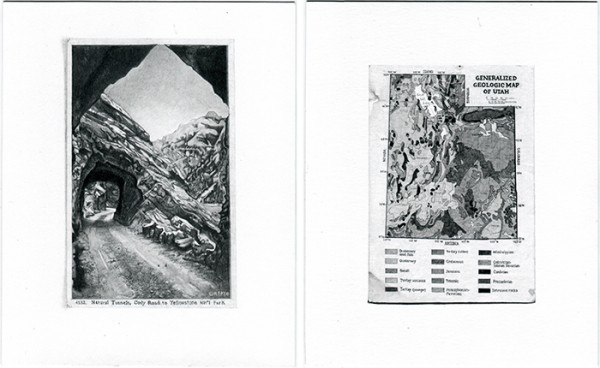 Collages made from photographs of natural scenes cut from magazines; drawings of decay and obsolescence and a sound installation with distorted clips of found sounds are grouped throughout the gallery in carefully organized arrays of information, as if they were evidence of crimes committed. However in lieu of a case, Zimmerman paradoxically compiles a lack, a void where an argument is expected. Various references to the death of buffalo, such as a photograph of a giant mound of buffalo skulls in Grid – Old Coyote Calls – Void and the drawing Grid (Bison Carcass) imply that what is missing has in fact been lost, a memory of what once was. A palpable sense of mourning comes through in the project, but it is not specifically tied to facts or rational organization. Through the shattered images and ideas, one’s intuition becomes the guide toward a general feeling of loss and being set adrift. 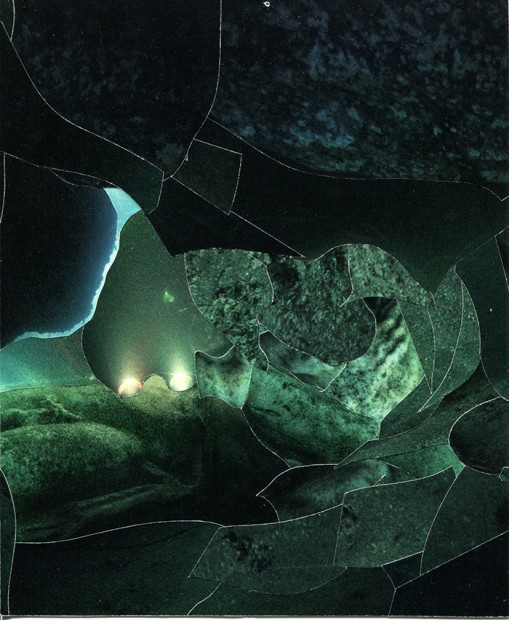 “Telltale ashes” refers to a magic trick where Houdini would rub ashes on the back of his hand to make the name of the card chosen by a spectator appear there in black letters. Zimmerman implies that the ashes are a metaphor for his artistic project, as he tries likewise to reveal a cipher that points to an uncanny knowledge of what has past. It may seem that certain concepts he is conjuring, such as manifest destiny, the sublime and the spirit of exploration, have died and are no longer part of our contemporary culture. But Zimmerman points to various signs that their ashes linger on and keep referring us back to their history. 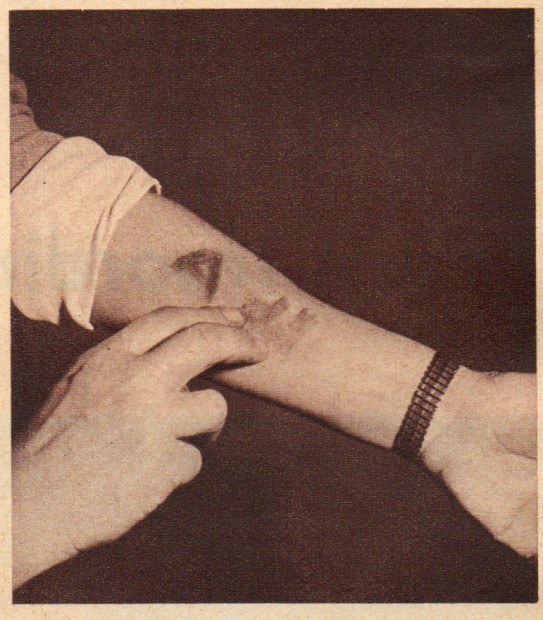 The graphs, maps and charts that appear throughout the exhibition, and especially in the artist’s zines, imply a coherent system of symbols and signs that never quite makes sense. But what stops this exhibition from digressing into arbitrary dream logic is Zimmerman’s graphite drawings. Every inch on the paper is considered and every detail is drawn in shadow and light through marks and void. One can imagine Zimmerman sitting for hours, gradually manifesting each image in graphite as he slowly digests its meaning and formal properties. The labor invested in each shows that the artist believes that there is something there worth studying and reproducing. Ironically, the drawings’ illusionism, with gorgeous dark passages of dense graphite marks and highlights of untouched paper, create an internally cohesive, believable reality. They restore a kind of faith that ideas and images can be recovered on their own terms. Although we may be shown only telltale ashes, those cinders can have meaning in and of themselves. 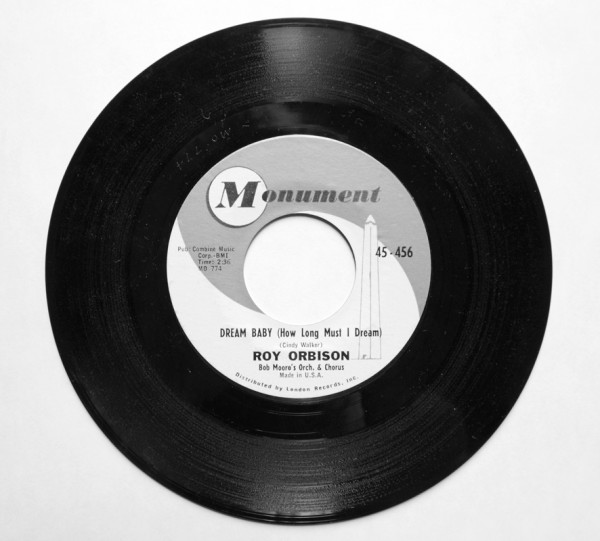 Drawings such as Manifest Destiny (L.A. 1979), Vanishing A Coin, Dream Baby (End of the Road) and Endless (Disharmony) are some of the most beautiful works I have seen in Houston this year. I could stand for hours looking at each of them and thinking about their potential allegorical meanings. Zimmerman’s drawings skills are always impressive as seen in his past Art Palace exhibitions, Cosmos (2010) and Atlas (2008). Over the past five years, he has been building a conceptual project that gives context to the act of drawing and the images symbolic meanings. His present exhibition strikes the perfect balance between craft and ideas such that the whole project has an exciting energy and momentum. For Cosmos (2010), Zimmerman was on the cusp of discovery. Now he is deep into investigation. Even though the current exhibition is tinged with despondency, it is nonetheless an inspiring moment of self-reflection and an opportunity for collective reflection on the nature of investigation itself that is not to be missed.

Rachel Hooper writes a blog on Glasstire and is a PhD student in art history at Rice University.