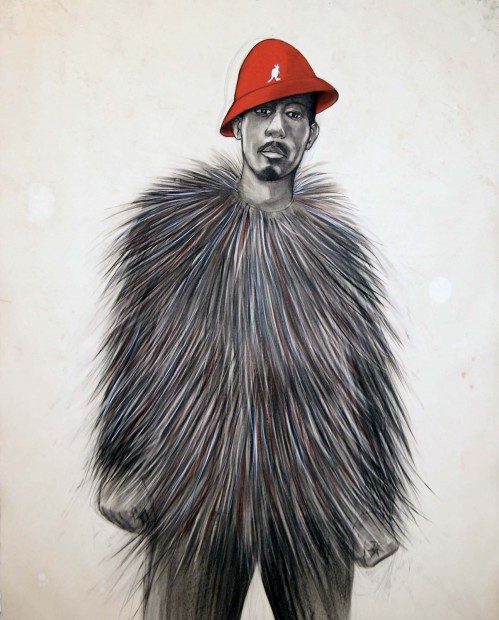 Pruitt’s drawings are stoic and sensitive portraits of his friends where markers of SciFi, contemporary African-American identity, and traditional African imagery are meshed together. Each subject stands or sits against a light brown ground, deftly rendered by Pruitt in charcoal and conte. In Stunning Like My Daddy (2011), hip-hop culture collapses with tribal showmanship as a man faces the viewer, fists clenched, and boldly wearing a feathery African tribal dress with an eye-popping Red Kangol hat cocked to the side. Pruitt’s portraits are carefully and expressively crafted where every adornment, hairstyle, sideways glance, or crossed arms tells not only a complex story of African-American identity, but how we are all amalgamations of past and future selves molded by personal, political, and cultural experience. 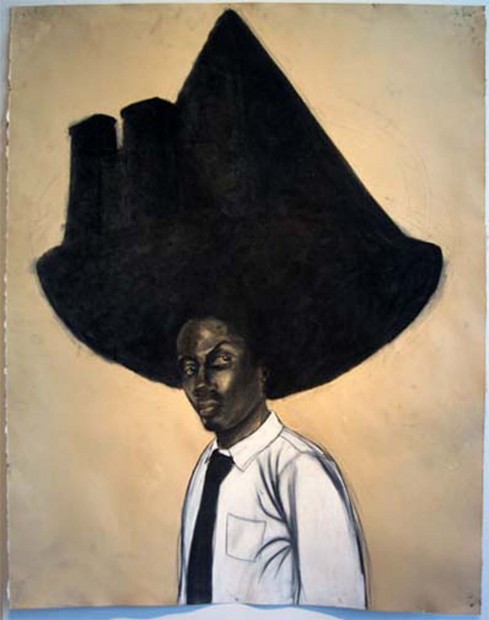 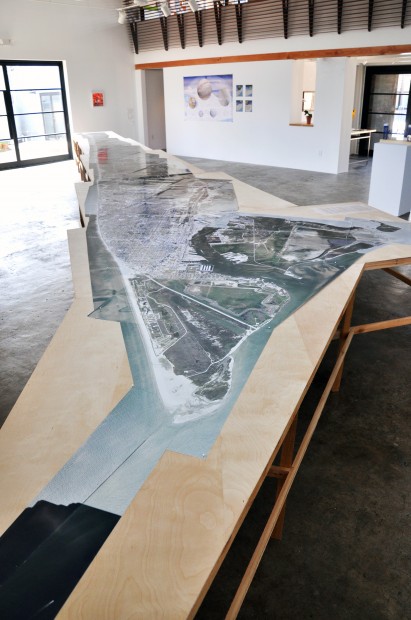 After viewing Pruitt’s show, walk a block to the less-than-one-year-old Galveston Artists Residency to see the beautifully renovated space and a well-executed group show of Houston and Galveston artists invited to create their own personal maps of Galveston, displayed alongside scientific and historical maps collected with the help of Kristopher Benson of NOAA (National Oceanic and Atmospheric Administration). The exhibition is a lot to take in visually and informationally, and I hope to make a return trip to study more of the maps outside of the hustle and bustle of the opening. There’s an impressive display of a stitched together aerial, Ortho Photo of Galveston that stretches out nearly 40 feet to show what is basically a perfect “photo-map” where camera distortion has been corrected, so the the photo could be used just like a map to measure true distance. Striking a nice contrast to these objective, scientific representations are artists’ more personal, idiosyncratic takes. Painter Will Henry’s small, wistful grey seascape (or gulf-scape?) is such a counterpoint, but also draws out the latent nostalgic quality of the old maps it is displayed next to. Eric Avery’s Head Down Walking is a whimsical collection of random trash he’s collected as he melancholically contemplates his impending move from Galveston to Syracuse, New York. It’s a literal map of where he’s been, but also a humble and touching way to hold onto some piece of a place. 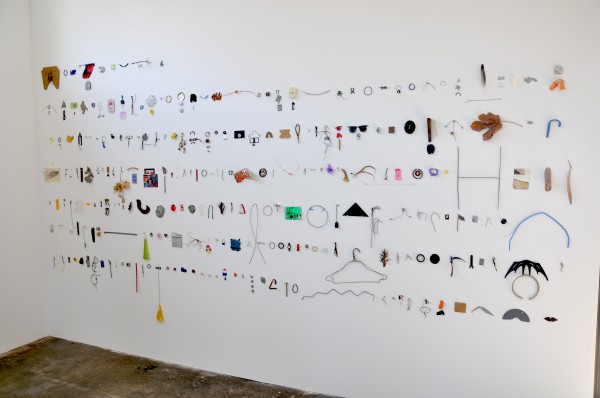 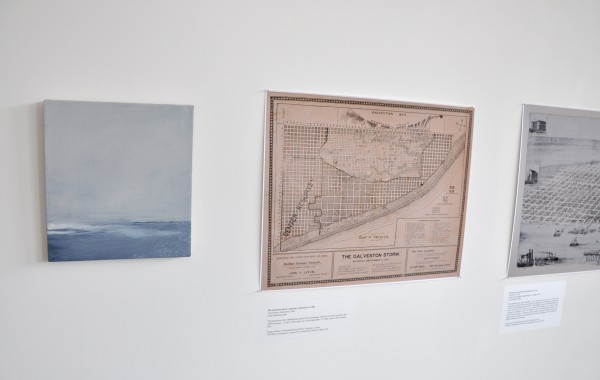