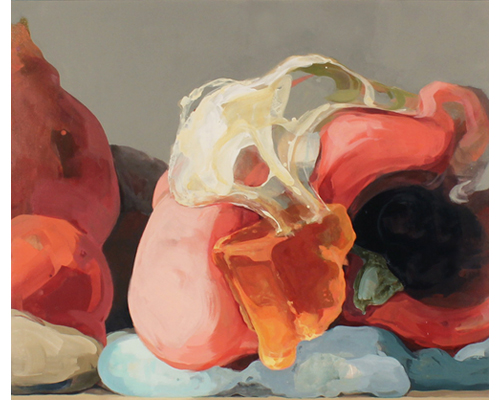 This past weekend CADD hosted another effort to get people into galleries, called Design District Gallery Day. I did not, I’ll admit, spend the day participating in Gallery Day, though it wouldn’t have been a bad way to spend the infernally hot daytime hours. I went in the evening, and only to two galleries, so I can hardly speak for how the day unfolded in its entirety. But my reason for only stopping at two spaces was indicative of the success of DDGD — I just sort of mosied and had drinks and didn’t feel like I had to haul my ass from opening to opening in a two hour window of time. And everyone I saw was having a really freaking good time — gallerists were chilled out, wearing flip flops, handing out beers and cocktails and didn’t have to act like the gatekeepers of a luxury goods treasure house; and visitors lingered in a space longer than the requisite art-looking required. I don’t know if the experience was any good for the gallerists themselves, who likely couldn’t get imbibed throughout the day, as much as they maybe would have liked to. I’m hoping people bought work throughout the day, as I do imagine that, apart from the noble desire to create artistic communitas, the whole point of the day was to get people to make gallerinas put red dots on the checklist at the front desk. Anyway, here’s what I saw. 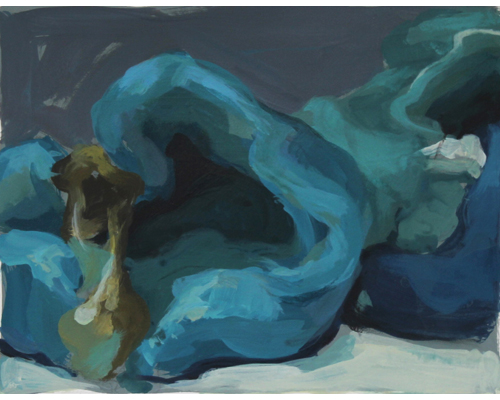 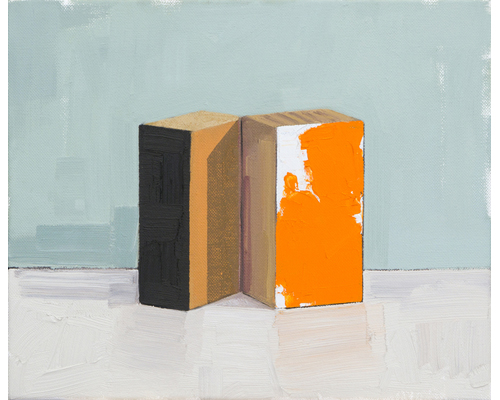 The paintings by Anna Membrino and Omar Rodriquez-Graham at Marty Walker Gallery, in a show called Sugar and Wood, are really delicious. Membrino’s big paintings of melted, melded candy concoctions are seductive and lovely, and even more so coupled here with the colorful, geometric still-lifes by Rodriquez-Graham. 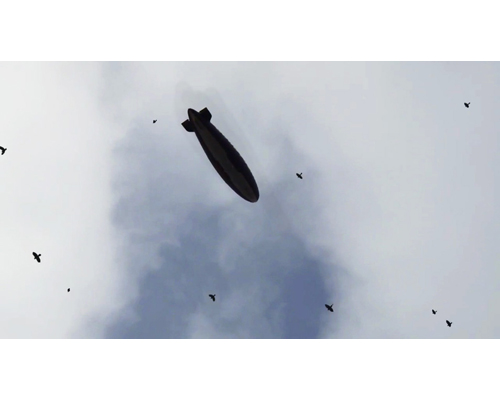 In the video room at Marty Walker’s is a piece by Kevin Cooley called Skyward which requires you to lie on your back in a beanbag chair to watch it. In it, the camera gazes skyward during a car-ride that traverses city streets, tracking the events that unfold just above the camera’s lens and beyond, into the expanse of sky: bees, birds, moths, planes and jets, a bouquet of balloons, a dirigible.  The film moves you through a series of emotions that shift almost without perception, the trajectory of the video’s trip taking you from comfortable malaise to peaked elation in the span of ten minutes.  In the piece, Cooley has an incredibly light touch, but it’s one that registers, after you walk from the dark screening room, with a kind of urgency. Pay attention. 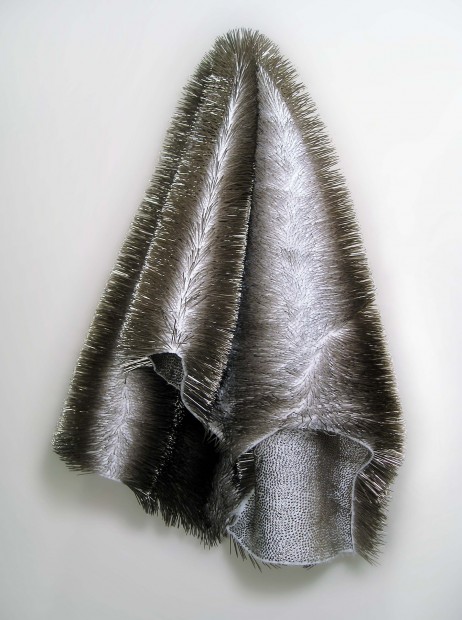 A food truck was parked outside of Conduit hawking fancy sliders to hipsters and collectors (maybe?) in their summer linens and whites. Inside, it was like an indoor backyard barbecue — everyone rosy with heat and gripping a beverage. And though I know that Gabriel Dawe’s work on view here is all about inner pain, his cloth and pin sculptures that hung down from the ceiling from meat-hooks, like pretty and dangerous little pieces of meat, did lend a lot to the theme of fraternizing, guzzling and chowing down that was the fare of the evening.

Just a Rainbow in the Dark

It was one of the most well-attended events we have witnessed in 17 years. What amazes (and puzzles) me most is that it was over 100 degrees part of the day. Actually, the surrounding pavement makes it hotter! Given the steady flow of 100’s of people, I wonder what motivating factors spawned this crowd to participate? Was it ART? Was it free booze? Was it the food trucks? Was it the music (a few galleries had live music)? It was a phenomenon! Were the stars aligned?
What I witnessed was something real positive for the Dallas art scene. Or was it just a party with free alcohol? I would love to see more feedback on this event.

Re: “I’m hoping people bought work throughout the day, as I do imagine that, apart from the noble desire to create artistic communitas, the whole point of the day was to get people to make gallerinas put red dots on the checklist at the front desk.”
Please, someone, do the research and write a really in depth article on the nature of getting people in the door versus the likely hood that they buy something that day. Does it create a larger client base for future visits only?